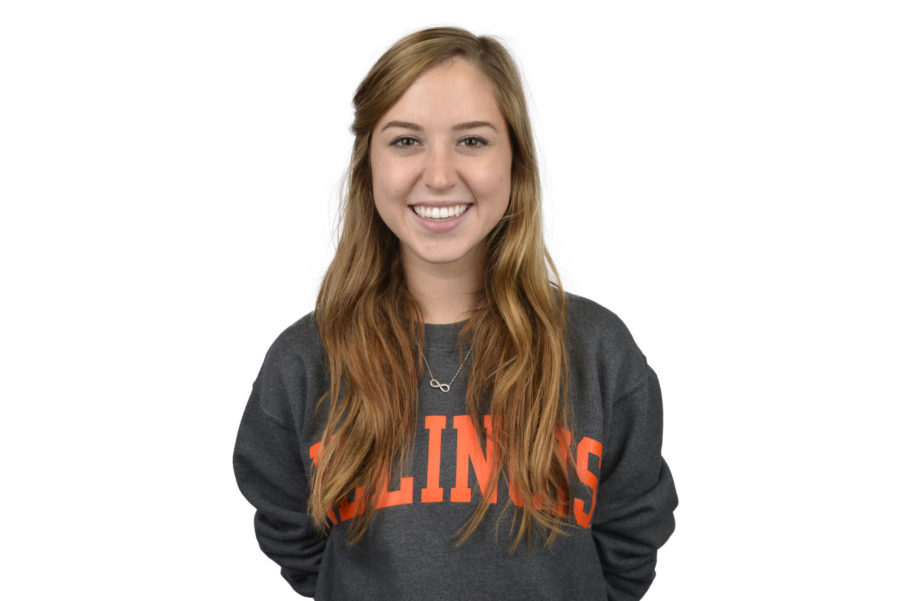 Oftentimes, people write letters to their loved ones, the elderly or even to their idols. But volunteers in the Community Justice program, a part of Volunteer Illini Projects, write letters to prison inmates that have been incarcerated for crimes ranging from armed robbery to murder.

Since January, Nicole Pijon, sophomore in LAS, has been the director of Community Justice and runs the Prisoner Pen Pal program by herself.

Every Monday, she enters the Volunteer Illini Projects office and is greeted by a big stack of letters either from inmates already corresponding with a volunteer, or inmates who desire to join the program. With a spreadsheet of 220 inmates from 22 correctional facilities in Illinois, she is able to track each correspondence and helps new volunteers work with inmates on the waiting list.

“I wanted to be a part of something that was along the lines of what I grew up with,” Pijon said.

Pijon’s father is a criminal defense attorney, and she grew up going to correctional facilities with him. As a pre-law psychology major, she saw this program as an opportunity to gain psychological insight into the criminal justice system.

“It has been an interesting experience how we as volunteers are given a window into how the inmates could’ve changed their lives leading up to their imprisonment,“ she said.

A lot of the prisoners that the volunteers exchange letters with do not have close contact with family or anyone on the outside. Pijon explained that a lot of them feel lonely, and for the volunteers, starting a conversation with the inmates is often eye-opening.

“It is a learning experience on both sides,” Pijon said.

All volunteers are paired up with a specific inmate and choose pseudonyms under which they begin their correspondence to protect their identities. They are instructed not to give out identifiable information, mention any specifics about daily routines and not to write about anything they feel uncomfortable with. The inmates are also sent a contract outlining what they cannot say in the letters. All these regulations are set in place for the safety of both parties.

There are a lot of requests from prisoners who think the program is some sort of dating service. There are others who send letters explaining how they were wrongly accused, wrongly represented and how they are in need of legal help; however, the program’s policy is to not respond to these requests, Pijon said.

“I get some weird requests,” Pijon said. “I get some that say ‘I want a woman with this waist size who I can marry and have children with after.’”

Pijon even remembers a time where she was screening letters from inmates and she found one guy who sent a mug shot to his correspondent saying, “This is my smiling face, hang it up in your room for me.”

She also recalled a time when a prisoner drew a feather pen dipped in blood on the front of the envelope she received.

“Prisoners also send a lot of artwork, some of them are very artistically inclined,” she said.

Pijon is also the vice president of the Prison Justice Projectand works with president Amanda Hwu, senior in Social Work.

The Prisoner Justice Project is a RSO dedicated to incarceration and awareness. They have two branches of programming: The first consists of regular events programmed that pertain to a social justice topic about incarceration and the second deals with the running of C.U. Succeed, a strengths-based mentoring program for youth who have been through the juvenile justice system. As the president of the program, Hwu’s role is to act as a media spokesperson, program evaluator and advisor to other executive board members.

Hwu used to be a part of the Pen Pal Program. She wrote to a man who was incarcerated at 18 years old and wouldn’t be released until he was over 60 for two armed robberies.

“This was bewildering to me as this didn’t seem like justice,” she said. “It infuriated me that our system continued to punish this man as if he was still the 18-year-old that was convicted.”

Hwu said she believes the program is a wonderful contribution to the community, and it humanizes aspects of incarceration through the creation and maintenance of relationships.

“Nicole (Pijon) brings such a multi-faceted lens to the issues that the program addresses,” Hwu said.

Both Pijon and Hwu said they believe that constant relationships between prison inmates and citizens on the outside helps the psyche and the rehabilitation of prisoners, as well as an education of incarceration to volunteers.

“The old fashioned way is much better than just electronic correspondence,” Pijon said. “I think it is a lot more personal to see handwriting than just Times New Roman font on a printed page.”

Alexander can be reached at [email protected] and @marino_il_greco.