‘West Side Story’ takes the stage this Dads Weekend 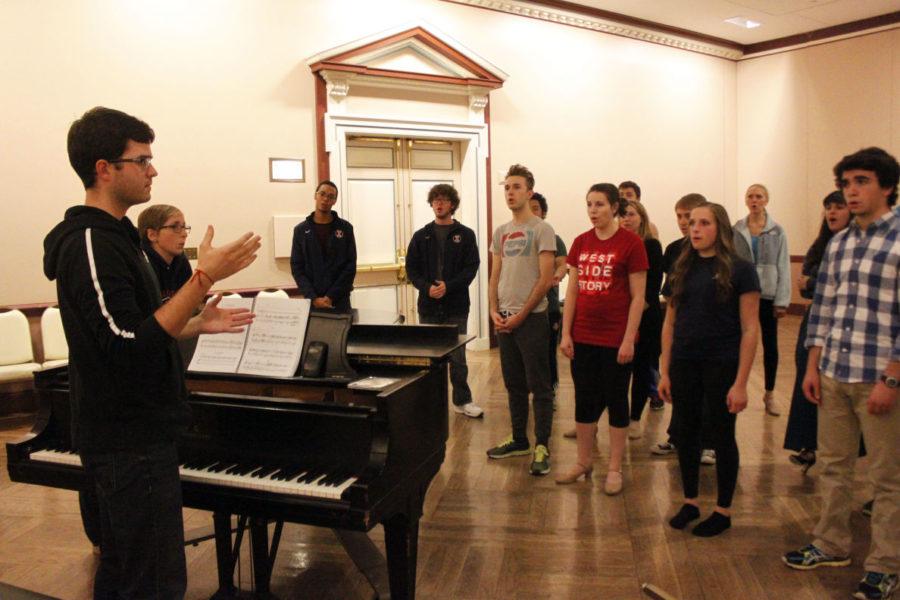 This Dads Weekend, Illini Student Musicals will perform “West Side Story” in Lincoln Hall Theater from Thursday to Saturday at 7:30 p.m.

The musical is directed by first-time director, Shawn Kimbrel, sophomore in Music. More information and tickets are available on the Illini Student Musical’s website. Student tickets are $8 and general audience tickets are $10.

Even though the plot of the play takes place around the late 1950s and early 1960s, Kimbrel said the musical’s themes are still relevant today.

The show’s producer, Matt Bleck, senior in Engineering, said that the show is a great event for dads and students and for mothers who come down for the weekend as well. He also said seeing the production gives weekend attendees something else to do other than going to sporting events or the bars.

“There’s death, there’s love, there’s everything in between,” Bleck said.

However, Kimbrel said that later in the play, the two stories deviate from each other. “West Side Story” gives the audience more background into why the rival gangs are rivals, unlike the rival families in “Romeo and Juliet.”

Brian Smith, vocal director and senior in Music, said attendees who are unfamiliar with the “West Side Story” might recognize songs like “I Feel Pretty” and “America” as well as references from other media where the songs have been played.

Smith said although the entire cast does not sing together as much as most musicals, it is usually one person, two people or small ensembles singing.

Smith said his favorite musical performance in the show is a combination of two songs sung at once: “A Boy Like That” and “I Have a Love,” which are performed by the characters Anita and Maria.

“They have these two sort of very conflicting sets of emotion right here,” Smith said. “There’s a lot of conflict and a lot of tension, and the music starts that way, and then, by the end, the music brings the two of them together and it’s really powerful and really beautiful.”

The play touches on topics like race- and background-based conflict, Kimbrel said. “West Side Story” gives people a chance to view what can be considered “sensitive topics,” he said.

“It’s very interesting to explore and to delve into those ideas … of disagreement based off of skin color or background, to look at family relations between groups and to think how all these things play into each other, without even realizing that they’re as important as they are,” Kimbrel said.