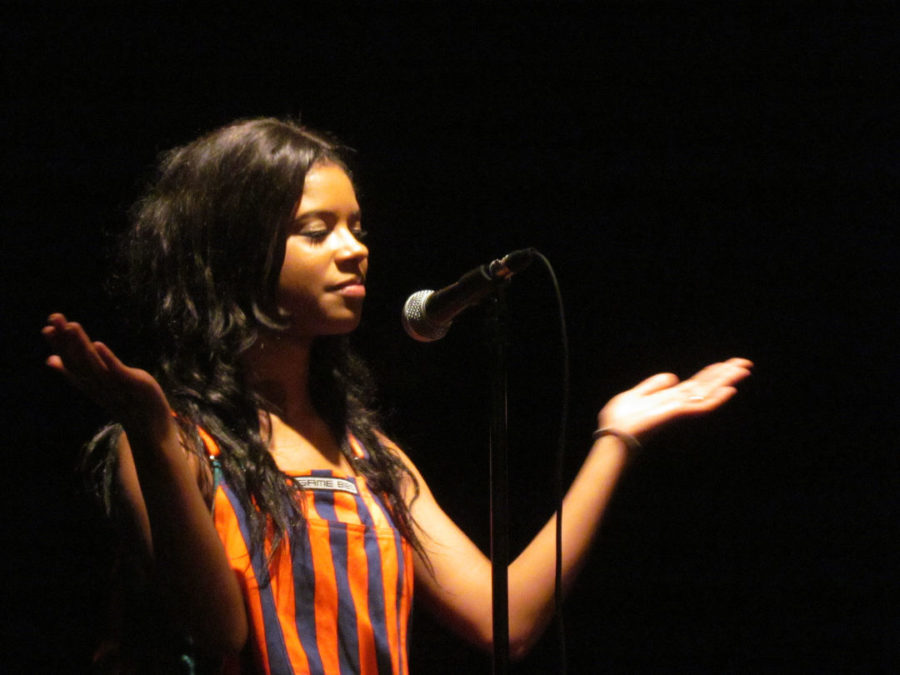 This Wednesday concluded the 40th annual “Foxy Lady Contest: Battle of the Sorority Girls!” presented by Alpha Gamma Rho at The Canopy Club.

The money raised at the Foxy Lady Contest will be going toward Katie Hubbard, a volunteer at with the Illini Navigators who was diagnosed with metastatic breast cancer in September. The contest will aid in medical expenses as well as helping give the four-child family the chance to spend time together.

“People are just amazing,” said Katie. “When you’re going through a hard time, it’s amazing to watch your family and friends, and even complete strangers rally around you.”

Alex Johns, sophomore in ACES and Alpha Gamma Rho recruitment chair, knew Norman Hubbard from the Illini Navigators, which Norman is head pastor in. Four members of the fraternity, including Johns, go to Norman’s bible study. It was there that they learned his wife, Katie, who also works with Illini Navigators, was diagnosed with terminal cancer.

Norman described the fundraising event for their family as “a tremendous blessing.”

“It’s an amazing way for us to see the student community at the University of Illinois get behind us,” Norman said.

“Recently, we’ve been doing it to kind of hit home more,” Hedges said. “We’ll do it to help out family, friends, and things like that, who are in need.”

There are three rounds in the Foxy Lady Contest. These rounds are sorority spirit, Illini pride and formalwear.

In the sorority spirit round, contestants displayed a variety of outfits, including a contestant wearing angel wings, another dressed as an ear of corn and an another wearing an apron over a dress, giving cookies to the judges.

Guest performers in between rounds included the Extension Chords and Illini Pole Fitness.

Hedges said that the women are judged based on interviews given to the judges, their choices in outfits and their answers to the questions asked during the pageant.

Some of the questions the contestants were asked were what their most embarrassing moments were, what Hogwarts’ house she would be placed in and why, and how one million pesos would be spent.

Ben Kovalick, junior in engineering and Alpha Gamma Rho public relations chair, said that the Foxy Lady Contest is the oldest philanthropy at the University of Illinois

Dubois stated that the fraternity members were glad to support those in the Urbana-Champaign community.

“We are proud to have the longest running philanthropy event on campus and look forward to bettering our community in the future philanthropically,” stated DuBois via email.

Taylor can be reached at [email protected].