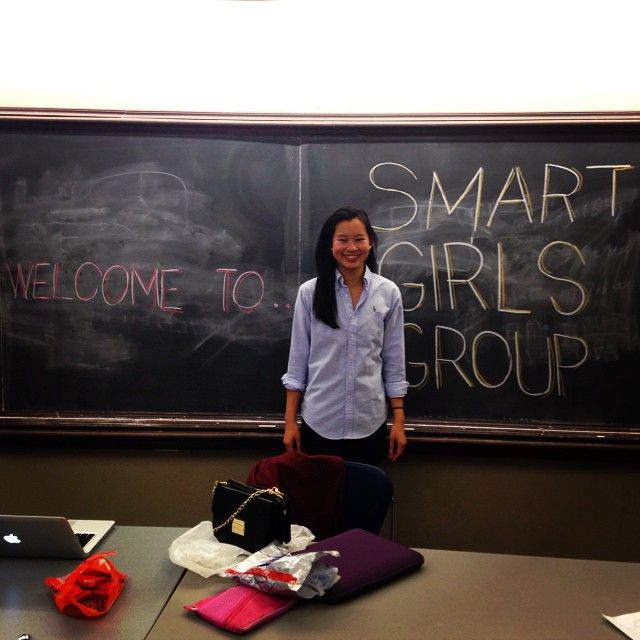 With powerful women and celebrities constantly preaching feminism and female empowerment, it seems as if it is the season’s hottest trend. The University certainly hasn’t missed out on it.

A new registered student organization, Smart Girls Group (SGG), has been started on campus with the goal to inspire, power and unite women.

The group’s self-proclaimed purpose is “a one-stop shop that arms young women with the tools they need to succeed in all facets of life,” according to their Facebook page.

Smart Girls isn’t exclusive to campus. It was originally founded by Emily Raleigh, junior at Fordham University in New York, after she wrote a book for her sister about the tools she needed to survive in high school and realized she wanted to continue spreading her message. In April of 2012, she published a digital magazine called “Smart Girls Guide,” and it continued to grow across the country.

“The group was started to create a community of girls that can be together and encourage each other to pursue goals, so I thought it would be really cool to start a chapter here,” said Ellen Guo, sophomore in LAS.

The structure of the group revolves around meetings called “Smart Seminars.” The topics of meetings have ranged from setting goals to networking advice.

Guo began the process of creating the RSO this summer, when she contacted the executive members of the Smart Girls Group.

“When Ellen first told me about the idea of starting SGG on campus, I thought it was a great idea,” said Kennedy McKay, secretary of the executive board for SGG and sophomore in FAA. “I was very excited after she told me about this opportunity, because SGG is such a unique organization, and I wanted to help start this group as a new RSO. Everything that SGG stands for is incredibly inspiring.”

“I didn’t know anything about Smart Girls until my friend Ellen started organizing it last year,” Johnson said. “It offers several workshops and volunteer opportunities.”

With SGG being such a new RSO, they are excited to recruit and meet new members. This makes it simple for anyone with an interest in the group to join.

“To join, you literally just join. There are no requirements. Someone who would want to be a member would just go to the Smart Seminars,” Guo said.

Smart Girls has created a distinctive opportunity on campus for girls to join together and empower one another while teaching valuable life skills. Smart Girls can also be found on Twitter @SmartGirlsuiuc.

Madeline can be reached at [email protected].