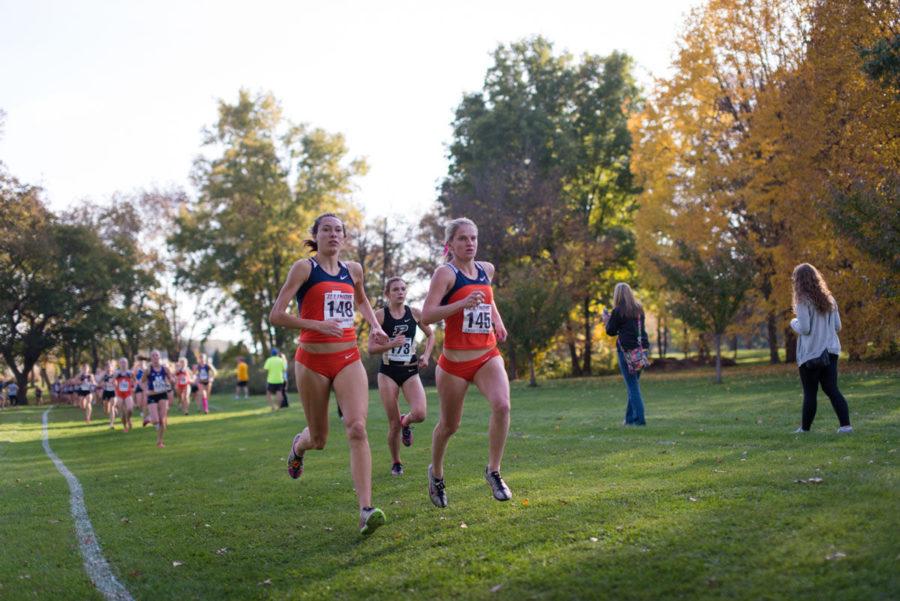 The Illinois women’s cross-country season was marked by inconsistency.

“I think the season was successful, but didn’t end the way we had hoped it would be,” junior Britten Petrey said. “Overall, it was a step in the right direction for next season for us to set higher goals, work even harder and place higher in the championship season.”

The Illini won three events: Illinois State Invite, Bradley Invite and Illini Open, but had a sluggish ending. The team finished ninth at the Big Ten Championships and 10th at the NCAA Midwest Regional, not high enough to qualify for the NCAA Championships.

Juniors Alyssa Schneider, Amanda Fox, Colette Falsey and Petrey were four of the team’s top-five runners at Midwest Regionals. Sophomore Hanna Winter was the fifth runner in the top group: she also placed first for the team at Big Tens. This quartet were the top five finishers for Illinois in all but three meets.

Schneider won back-to-back events individually at the Illini Challenge and the Illinois State Invite, but struggled toward the end of the season, finishing 58th at Big Tens and 33rd at the Midwest Regional.

“I can definitely say that I am looking for a big improvement at Big Tens next year,” Schneider said. “Our conference is really strong, so contending for the title is no small feat. I don’t know where I’ll be at next fall, but I can say that I’m going to do everything I can to get better.”

The Illini’s expectations remain high. Going into next season, Falsey said she wants her team to go out with a bang.

The Illini are losing just one runner from this year’s team, graduating senior Chloe Schmidt. With almost everyone returning, Falsey believes the Illini are moving a step forward, as they made improvements over the course of the season that she believes will carry into her senior season.

“My expectations for next season are to finish in the top half of the Big Ten meet as a team,” Falsey said. “Qualifying for Nationals is definitely something this team is more than capable of doing. Although the season was not as successful as we had hoped for, I think everyone grew as a runner and next year, with the right mentality, this team can do anything we set our minds to.”

Schneider called this team “eager” and ready to take the next step.

“We aren’t going to let us discourage us, we are motivated by (success),” Schneider said.