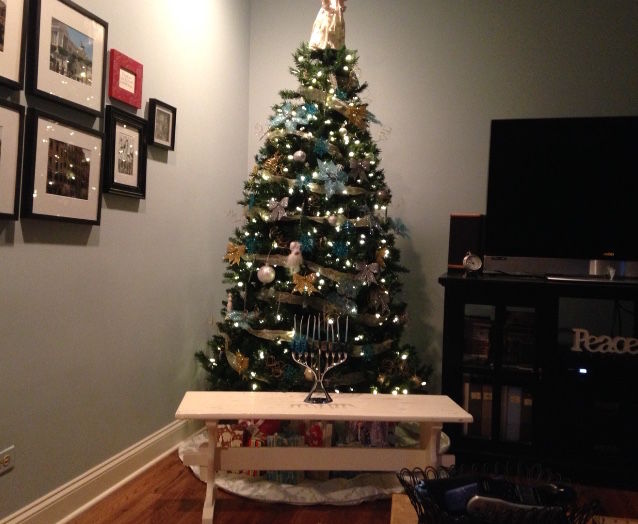 Christmas is quickly approaching, and for some University students, the holiday season is twice as joyous.

While it is not always a holiday celebrated strictly for religious purposes, some students celebrate not only Christmas, but other holidays as well to celebrate multiple faiths.

Allie Wessel, freshman in FAA, comes from a family with a Catholic mother and Jewish father, and celebrates both Hanukkah and Christmas each year.

“In all technicalities, you are what your mom is,” she said. “So, I identify as Christian, but I live in such an open household that we really practice whatever religion is important to us.”

Wessel explained that coming from a family of two different religions was exciting and she has enjoyed being exposed to two faiths.

“Celebrating both holidays was always something I took pride in because it made me unique,” Wessel said. “I think my sister and I were the only ones in my elementary school who could say we were ‘two religions.’”

Wessel also explained that she takes pride in being able to teach her friends about Hanukah, because the majority of her friends only celebrated Christmas.

“I always used to teach my friends about Hanukkah and laugh when they butchered the Hebrew in the Hanukkah prayer,” she said.

With Hanukkah and Christmas both being around the same time every year, it makes the season extra long for Wessel.

This year, Hanukkah fell on the eight days before Christmas, beginning on Dec. 16 and continuing through Wednesday, making it back-to-back celebrations for her family.

“When I was younger, I liked Hanukkah better, clearly because of the eight days of presents, but when I got old enough to realize socks and ‘90s-style chokers were terrible gifts, (so) I preferred to just wait for Christmas,” Wessel said. “Now that I’m older, I still prefer Christmas.”

Some families with no affiliation with the Christian religion still celebrate Christmas. Shivani Bhagat, freshman in Business, is Hindu but said she still celebrates Christmas with her family every year.

“We celebrate Christmas mainly because I grew up around the Catholic/Christian community,” Bhagat said. “My parents usually just set presents under the tree and we opened them in the morning. We never went to church, but celebrated it as more of a commercial holiday.”

In addition to Christmas, Bhagat celebrates Diwali and Holi in honor of her own religion. This year Diwali fell on Monday and Holi on March 17, so December had a strictly Christmas feel for Bhagat, she said.

“Christmas is an important holiday to me because I know it’s significant to many of my friends,” she said. “I respect it a lot mainly because our ‘Hindu Christmas’ is super important to my religion. I like to celebrate the culture, so that’s why it’s so important to me and my family.”

Bhagat showed excitement for this Christmas and participated in a “Secret Santa” gift exchange with the members of her residence hall in celebration of the holiday and its importance to her friends.

Christmas can serve as a time of giving, sharing and happiness for many of the Christian faith and many of other religions. Whether or not the holiday is celebrated by an individual, the season still can bring a sense of joy.

Maddie can be reached at [email protected]