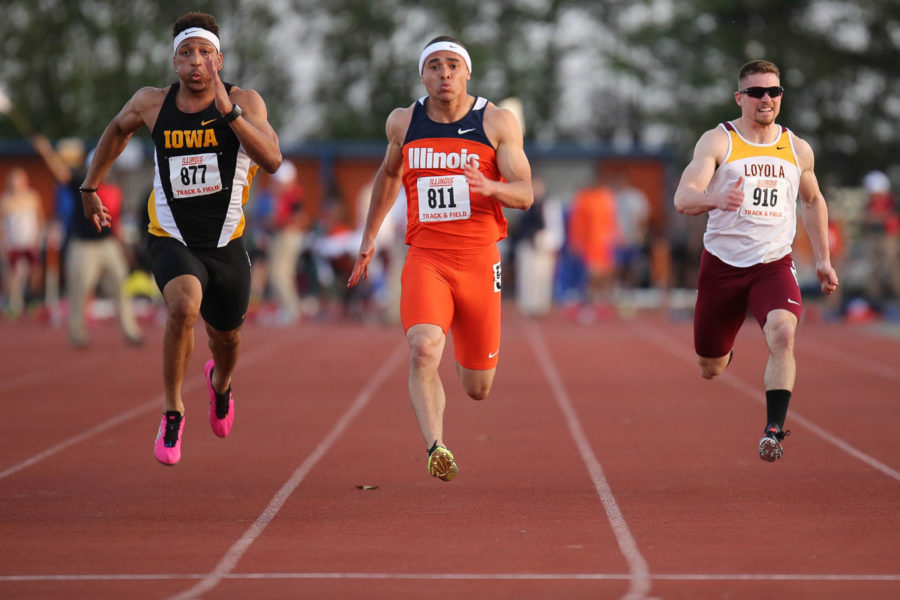 Wells, a freshman, wasted no time etching his name in the Illinois record books, jumping a height of 2.20 meters and tying the record previously set by Gail Olson in 1979.

“We had some really outstanding performances,” head coach Mike Turk said after the meet. “We had really great leadership from our older guys, and some of our young freshmen showed that they have a lot to give and can really compete at a high level. I am very pleased with the overall effort.”

One upperclassman Turk was excited about was Brandon Stryganek, who tied for first place with fellow Illini Molefi Maat in the 60 meters. Stryganek also claimed the top spot in the 200 meters. In both races, the Illini finished with three of the top five runners.

In the mile, Illinois claimed the top three spots, highlighted by freshman Garrett Lee’s time of four minutes and 13 seconds.

As a team, Illinois won the Classic in dominating fashion, scoring 266 points. The next closest team, Southeast Missouri State, had 124 points.

The Illini will try to build off their strong start as they compete at the Rod McCravy Invitational in Lexington, Kentucky, on Friday and Saturday.

Stryganek said his team is looking forward to the challenge, “All our guys are ready; we’re prepared, we’ve been prepared for a while, and now its just time to go out and do it.”

Will can be reached at [email protected] and on Twitter @will_small_.