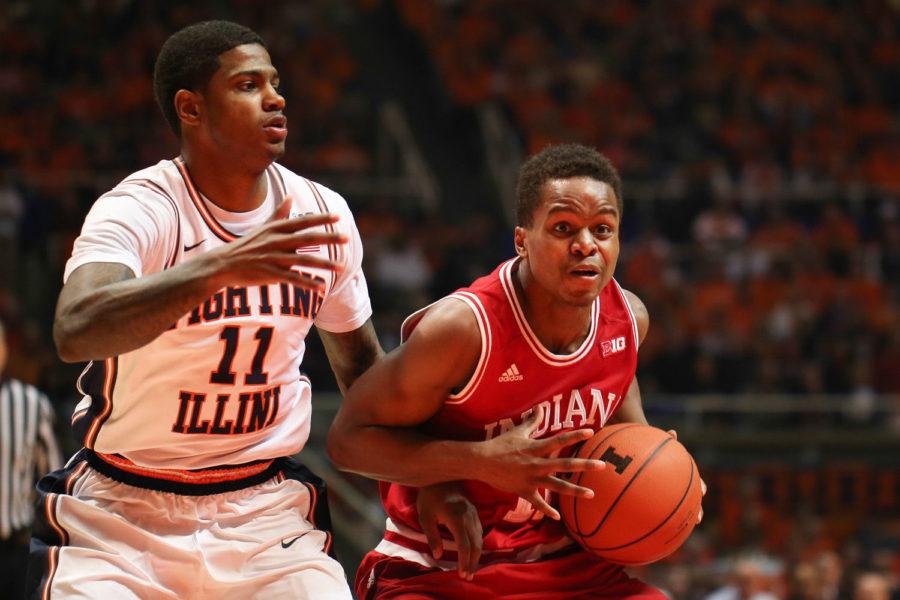 Illinois' Aaron Cosby (11) attempts to stop Indiana's Kevin (Yogi) Ferrell from attempting a layup during the game against Indiana at State Farm Center on Jan. 18, 2015. The Illini lost 80-74.

Illinois guard Aaron Cosby will be out one-two weeks with an eye injury.

The junior suffered the injury in the first half of Illinois’ 80-74 loss to Indiana Sunday afternoon.

The guard’s injury is another in a list of sidelined players piling up for the Illini this year. Illinois lost team captain Tracy Abrams to a torn ACL before the season began and has recently been without leading scorer Rayvonte Rice, who suffered a broken hand in practice at the beginning of January.

Cosby has started 13 games for Illinois and is the team’s fourth-leading scorer with 148 points, averaging 7.8 per game.