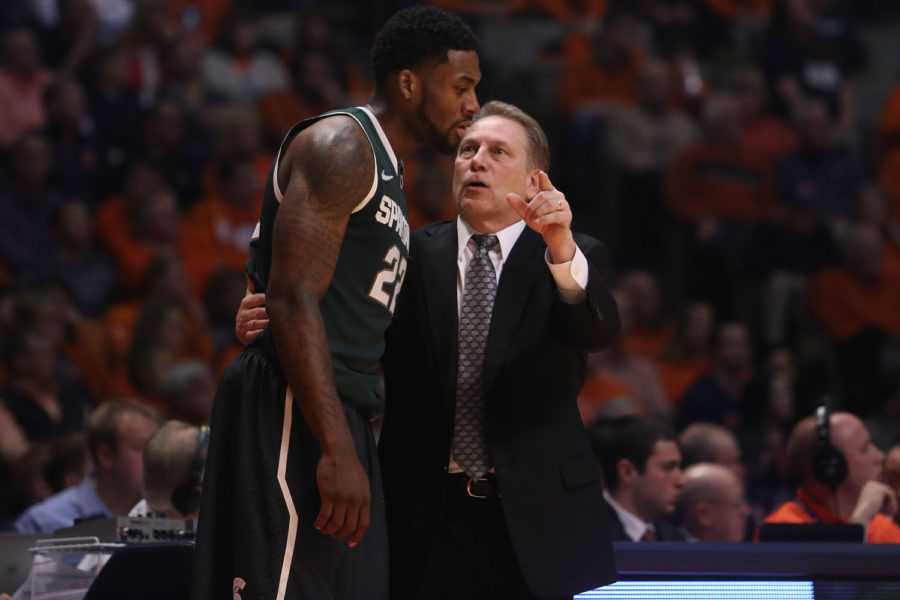 Tom Izzo looked out of breath when he arrived to talk with reporters following Michigan State’s 60-53 win over Illinois on Sunday. The Spartans’ head coach sat down, shook his head and gave a laugh of disbelief: “That was the hardest, most physical game we’ve been involved in.”

For the legendary head coach, Michigan State’s win over Illinois wasn’t just a battle between two teams. It was a national statement that the Big Ten is one of the elite conferences in college basketball.

The former national champion, who has led the Spartans to the Final Four six times, said he believes the national perception of the Big Ten is that of mediocrity. This all despite 44 Final Four appearances from the Big Ten, including five in the last six years.

Illinois head coach John Groce noticed the same thing on the other side of the court during Sunday night’s physical game.

The game had 46 foul calls and four lead changes. The matchup was tied five different times, with the Spartan’s lead hanging in single digits for most of the game.

“If that isn’t a tournament team that we just played,” Izzo said of Illinois, leaving his thought unfinished. “There are so many things that our league’s got to be given more credit, because that was a war.”

The search for the Big Ten’s “second-best team” has been a cloud hanging over the conference all season, with No. 5-ranked Wisconsin as the clear standout among its 14 teams. No. 14 Maryland is the only other ranked Big Ten team, while Michigan State and Ohio State are the only others receiving votes in the AP top 25.

But Izzo was adamant in his stance Sunday that the Big Ten is “not top-heavy.”

The Spartans’ coach believes Illinois, Indiana, Wisconsin, Purdue and Minnesota are “all potential tournament teams,” even saying that the Illini’s guard combination of Rayvonte Rice, Malcolm Hill and Kendrick Nunn is one of the best in the league — high praise from a man who has coached six first-round NBA draft picks and 13 total NBA draft picks.

Illinois has relied on the three-guard combination, which has averaged a combined 42.1 points per game throughout the season. But as the Illini make a final push for the NCAA tournament, the team is still looking to do some fine-tuning. As Rice said after Sunday’s loss, Illinois needs to improve defensively.

The Illini allowed Michigan State 60 points despite the Spartans shooting 20-for-47 from the floor and just 20 percent from 3-point range. Yet, Illinois displayed a tenacity that was enough to impress Izzo, erasing an 11-point Michigan State lead in the final five minutes Sunday.

The physical performance from both teams Sunday was enough to solidify Izzo’s belief that the Big Ten should be getting more respect around the NCAA.

“I don’t think the perception (of the Big Ten) is as good as it needs to be or should be,” Izzo said. “I really don’t.”