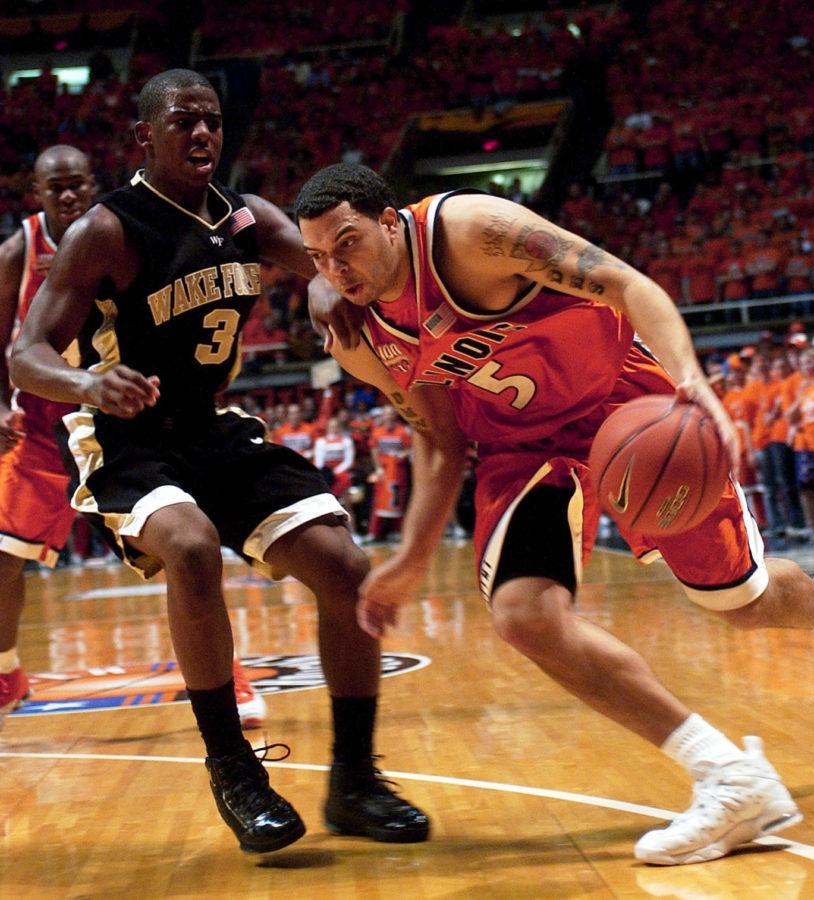 Despite being young at the time, former Champaign Centennial stars and now Illinois basketball players Rayvonte Rice and Michael Finke remember the 2004-05 basketball season like it was yesterday.

While many watched the monumental run on TV, Finke and Rice were in the atmosphere experiencing it first-hand in their hometown.

Growing up, Rice went to all of the Illini basketball camps and home games from kindergarten until eighth grade.

“It was crazy, Deron (Williams) and Dee (Brown) really cared about Illinois and they just loved it,” Rice said. “Seeing them as counselors and seeing how they acted and seeing how Bill (Self) and Bruce (Weber) had them behave and act, I just wanted to be a part of that.”

His fondest memory he can recall of the 2004-05 Final Four team was the comeback against Arizona in the regional finals.

“I saw that comeback they had against Arizona, I turned the TV off and turned it back on and just remembering they never gave up,’ Rice said. “(It) made me wanted to be a part of the Illini family.”

As he got older, Rice began to relish his talent by playing in elite camps. His dream finally came true a few years ago. After playing two seasons at Drake, Rice transferred to Illinois when coach John Groce took over the program. It was a chance for Rice to suit up in orange and blue for the first time and play in front of his hometown fans and his family.

Finke shares a similar view, not expecting the miraculous 15-point comeback against Arizona.

“I remember I was in my house and my dad got so mad he went up to his room and shut the door and was watching it there,” Finke said. “I walked in there when it was 10 minutes left in the game.”

He asked his father, Jeff, “Are we going to lose?”

When the team pulled off what Finke’s father considered the “impossible,” his family met on the stairs of the house to celebrate. Finke went to many of that season’s games because his friends had season tickets. Another one of his fond memories of the team was when they defeated then No. 1-ranked Wake Forest — a team that was anchored by future NBA point guard Chris Paul.

A decade later, Rice and Finke find themselves suiting up for the Illini; Rice in his last season, Finke in his first. And Illinois is still hoping to get back to the level of success it once had.