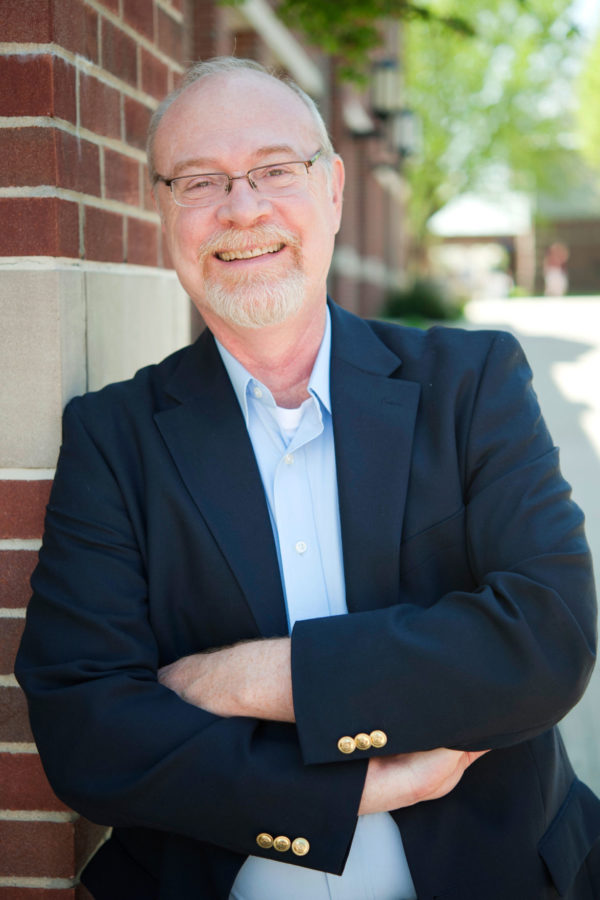 Barry Ackerson, associate professor in Social Work and associate dean for academic affairs, is being recognized for his work in mental health and social work fields.

On March 25, the East Central District of the National Association of Social Workers will recognize one from the University.

Barry Ackerson, associate professor in Social Work and associate dean for academic affairs, will receive the 2015 Illinois NASW Lifetime Achievement Award for the East Central District to honor his work and dedication to the fields of social work and mental health, according to a press release from the district’s website.

Ackerson first realized his passion for helping others during his senior year at the University of Alabama while working at the Boy’s Club in Tuscaloosa, Alabama, in the 1970s.

A sociology and psychology major as an undergraduate, Ackerson joined a Vista program entitled “University for Action,” which enabled him to work at the club four days a week and earn college credit at the same time.

“That (experience working at the Boy’s Club) helped me to understand that the studying of people in society and social problems wasn’t just an abstract thing, a theoretical thing,” Ackerson said. “It was something that I actually could become involved in, helping people day to day.”

His experience working at the Boy’s Club introduced him to the field of social work and ignited his passion for helping others that would eventually become his life’s work.

Since his days working as a clinician as a psychiatric social worker, Ackerson has transitioned to training the next generation of social workers while conducting research and publishing journals about mental health.

Despite his active work in the field of social work, Ackerson finds that one of the most rewarding parts of his career was his ability to inspire his students and give them tools to apply to the real world in the field.

“I’ve had a number of times when people will walk up to me at the end of their internship or they’ve been working for a year or two, and they come up to me and go, ‘Wow, that stuff I learned in your class is just so useful right now,’” Ackerson said. “To know that I’ve impacted people that way makes a difference.”

Colleagues and friends alike attest to Ackerson’s unmatched dedication to his profession both as a professor and active social worker.

Mary Garrison, one of Ackerson’s former students turned colleague and fellow NASW board member, explained Ackerson’s work ethic as “second to none.”

“He really allowed me to see the field of mental health and the importance of the work,” said Garrison, who helped nominate him for the NASW award.

Garrison, now a professor at Millikin University, has collaborated with Ackerson on research and said she has gotten to know him as both a colleague and a friend. Garrison said she has learned much from him over the years.

“He can always grow and learn,” Garrison said. “He taught me to be a lifelong learner.”

The recognition from NASW is all the more timely as Ackerson will enter retirement this summer from his position as the associate dean of Social Work.

“I’m right now finishing up 40 years as a social worker,” Ackerson said. “So the fact that it would come right now is very meaningful to me. Being a social worker has meant a lot to me and to have the acknowledgement from my peers that, ‘After 40 years, we think you have done it.’”

Ackerson’s work ethic and dedicated, humble approach to his craft makes him more deserving of the Lifetime Achievement award from the NASW, according to Garrison.

“He does amazing work,” Garrison said. “He doesn’t do it for any accolades. I am honored to be able to be a part of his career … to be a colleague and friend.”

Now coming full circle in his career in social work as first a clinician then department head turned teacher, Ackerson has had no other goal but to inspire the next generation of social workers to answer the call to continue the practice of social work.

“I would describe the third part of my career as developing the next generation of social workers and that honestly gives me the biggest reward of anything,” he said. “That I can see people I have worked with … who are now people leading the way about going out and making the world a better place and helping people.”