The Orwells: A new generation of rock 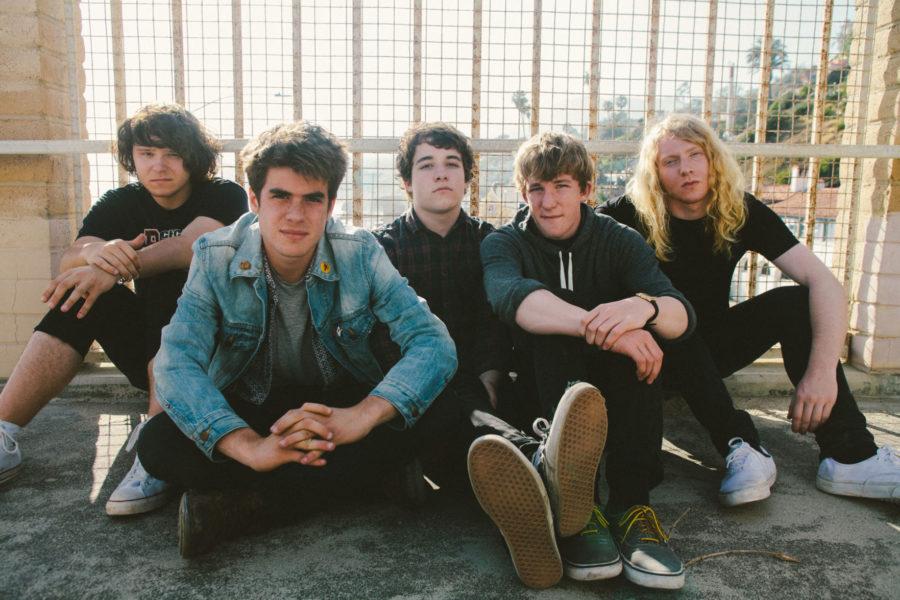 Supported by three other Chicago-area bands, the rock ’n’ roll groups will perform Saturday at a secret location in Urbana. It will be one of the first house shows for The Orwells since the band’s summer 2014 international tour.

In addition to this being its debut C-U performance, O’Keefe said the band enjoys house shows because they give them an idea of what they could transfer from the band’s live performances to its upcoming album recording.

“(House shows) are fun and different, and it helps us work out little kinks in new songs,” O’Keefe said.

Cristian Gallegos, promoter of the show and sophomore in Media, said he met Corso at a previous house show. The two stayed in touch and eventually worked together to organize Saturday’s show.

Gallegos said Cuomo’s stage presence and the band’s crunchy distortion are qualities that make The Orwells live performances so great.

Beginning in 2009, while high school students in Elmhurst, Illinois, The Orwells formed as an outlet for better songwriting and having a good time. They never thought it would ultimately turn into a career, according to O’Keefe. After the band’s debut album, “Remember When,” was released by Autumn Tone Records in 2012, he said the response was beyond anything they could have imagined, making the band realize it was time to buckle down.

Moving beyond garages and basements, The Orwells have now toured internationally, performing in cities such as Tokyo, London, Dublin and Liverpool. This includes their tour as an opening band for the Arctic Monkeys, which sparked controversy after The Orwells remarked that the Arctic Monkeys performed predictable shows.

O’Keefe said the band began to notice that the Arctic Monkeys performances on the tour lacked passion and spontaneity.

“Light shows and all that changing guitars, I don’t buy into that shit. I don’t really think anyone cares about that. As long as the performance is good enough, you don’t need fancy lasers, colored lights and a different guitar for each song,” O’Keefe said. “I think that (the spontaneity) gets taken away when you add a team of people who are relying on a set to run exactly how it has to be ran. And that’s really what we meant by it feeling predictable.”

At a performance during the 2014 Bonnaroo Music Festival in Manchester, Tennessee, concertgoers spread the word of the young 20-something rockers who destroyed the stage and went against the corporate “man” that is behind every music festival. O’Keefe said moving around and adapting at performances are crucial to the band’s persona.

“The ability to do something like that, even the ability to get shutdown twice during (the Bonnaroo performance) and have your show be flexible and be open to kids jumping on the stage or being shut down or whatever it may be, that’s what we want,” O’Keefe said.

According to Gallegos, The Orwells are maintaining the ‘70s image of what it means to be a rock star, straying away from the manufactured sound that one could find in today’s electronic and pop sound.

“I’m not saying electronic music isn’t cool. I’m just saying that nothing really beats the type of raw energy that bands like The Orwells are able to bring to a stage,” Gallegos said.