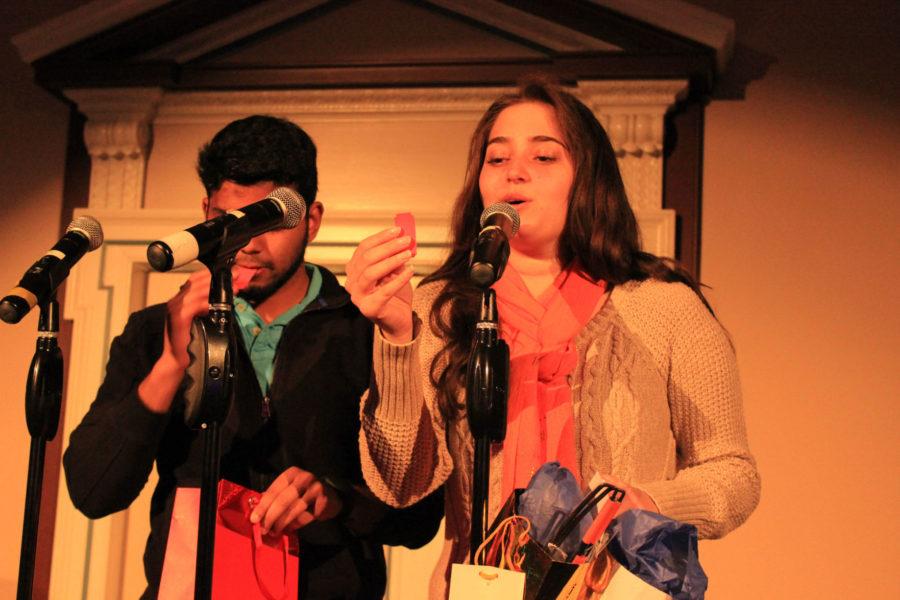 In order to expose students to Arab culture, the Arab Student Association will host a cultural night entitled “Layalina” on Thursday.

Layalina, which means “Our Night,” is the RSO’s annual event that encompasses food, dancing, music and other performances. It will take place at 7:30 p.m. in the Illini Union Courtyard Cafe.

“We are hoping for a big turn out and to have a fun experience for Arabs and non-Arabs alike,” said Noor Qaddour, vice president of ASA and junior in AHS. “We want the whole campus to experience our culture.”

According to Qaddour, a DJ will be present at Layalina, as well as Arabic calligraphy, Henna stations and various Arab desserts like baklava, which includes phyllo dough, nuts and a sweet syrup.

Lina Al-Chaar, ASA president and senior in LAS, thinks the dancing is the best part of the night.

“I love seeing non-Arabs dancing,” she said. “It’s fun when everyone gets together.”

Both Al-Chaar and Qaddour got involved with ASA early on in their college lives.

“I was a freshman and [Al-Chaar] was a sophomore,” Qaddour said. “Her and a few other people told me to come to meetings, and I liked the atmosphere. It felt like home.”

Al-Chaar agreed, saying she felt welcomed by the ASA members when she joined.

“I saw lots of similarities between the people,” Al-Chaar said.

Elizabeth Ochoa-Raya, senior in LAS, said she has been going to ASA events since last spring because the RSO shows off its culture.

“I’ve always been interested in different cultural events,” she said. “I had a lot of fun at [my first ASA event].”

Ochoa-Raya said she went to ASA’s “Arabian Nights” event last semester, which showcased Arab culture through crafts, music and food. She said she enjoyed how the different Arab customs were explained through informational booths on Palestine and Egypt.

Ochoa-Raya said she is planning to attend Layalina as well.

“They do a good job,” Ochoa-Raya said. “I hope they sponsor more events like these.”

Al-Chaar said the RSO is hoping to have live updates on the RSO’s Twitter feed during Layalina. Overall, she wants the night to “live up to the hype.”

In the meantime, Al-Chaar, Qaddour and other members will be preparing the night by shopping for decorations and continuing to spread the word.

“It’s our biggest event. We try to attract as many people as we can,” Qaddour said. “We hope to satisfy everyone’s excitement.”