Matt O’Keefe of The Orwells reflects on his musical experiences 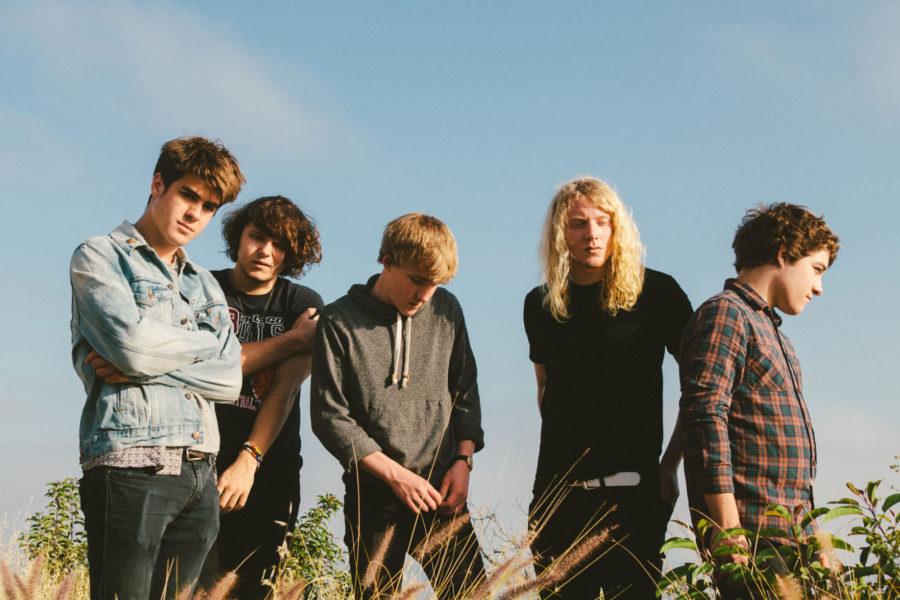 Matt O’Keefe, 20-year-old guitarist of The Orwells, spoke with The Daily Illini about his life and the band.

The Daily Illini: What has the band been up to, and how is the new year going?

Matt O’Keefe: So far, 2015 has been good. We’ve had a lot of downtime compared to what 2014 was, which is actually nice because now we’re working on our next record, which gives us time to write … All the focus is going into this next album. Then after that will be tours.

DI: 2014 was a crazy year for you guys. You released an album and toured all over the world. What was that like?

MO: 2014 was easily the most touring we’ve ever done. We got to see a lot of the world, which was a big plus … But it was non-stop touring, and we’re not the best at writing on the road … That was a very strange, new kind of feeling, where all your focus is going into performance and tours and not as much into writing, which is sad.

DI: Did touring this album for such a long period make you lose your love for “Disgraceland” at any point?

MO: I think I would be lying if I said no, but not in an extreme way. I think if you stuck any five people in a van, or whatever, around the world for a year, it’s not that you lose interest or lose the love for each other in the band; it’s just that your mind is going to want to get on to the next thing. If you play those songs every night for almost a whole year you start to say, “OK, I’m over these tunes. We’ve got to start to make new ones and play new ones.” I think your focus just moves on to something else.

DI: From that point to now, how do you think your sound has evolved?

MO: When we were writing songs early on in high school, most of it was just rippin’ bands off and trying to pump out (songs) as fast as we could. Now, it’s more of trying to say something and trying to bring out some truth about this generation that maybe isn’t so on the surface.

DI: And when you released the “Who Needs You” video, that got people pretty stirred up. Do you think that your message has evolved as well?

DI: Being so young, it’s very clear that you guys know what you want and how you want your performances to go. How did that happen so quickly?

MO: I think it’s from going to see a lot of bands and even seeing bands at festivals that you maybe don’t like. I was reading the other day, where somebody was talking about whenever somebody gets asked what their influence is. They always say the things that they like, but a lot of the times, the things that influence you the most are the things that you don’t like. I watch these bands, and I really don’t like their performance, and it influences the way that I want to go about performing. We’ve really figured out what we stand for on that front of performing or on making music.

MO: It’s actually funny, when we were growing up, our favorite band was The Strokes. It was the way that they would perform. They would just look bored as hell on stage, and they wouldn’t really move. I remember growing up thinking that it was just the coolest thing. And then I went to the Black Lips in high school, and they were the exact opposite. I think that’s a perfect example of influence on both ways. I liked how the Black Lips went about it much more than The Strokes.

DI: Since you guys have gotten more popular in this past year, have you experienced the good and bad sides to fame?

MO: The good is just getting your message out to more people … I guess the worst part is … this pressure that I feel like I place upon myself when I write another song. This pressure is something I never felt when we were in high school making songs. This pressure, oh, “OK, it’s got to be great.” I’m definitely pushing myself now more, but it can get you frustrated with writer’s block.

DI: What has been your favorite part of being on the road so far?

MO: When we first toured Europe. It was a weird feeling just being there and seeing people that knew our songs. That doesn’t really ever get old to me. Just going to new places and knowing that there are people there that you have connected to somehow, even though you’ve never met them or been to their city. The last time we played London, it was the biggest venue we’ve ever played. It was like, “How the hell did all of this happen?”