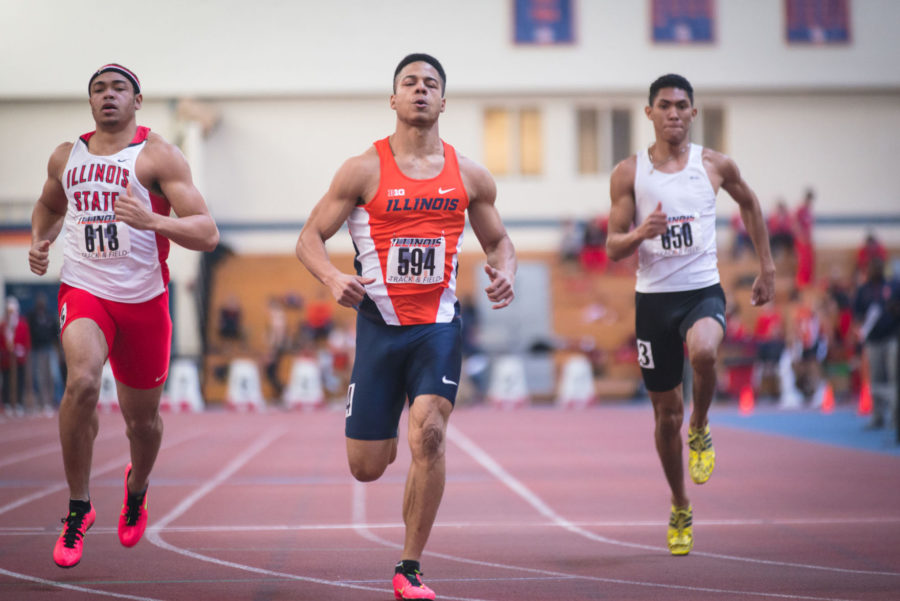 Illinois’ Watkins Maurice keeps his lead against his opponents during the Men’s 400 Meter Dash event at the Orange & Blue meet at the Armory on Feb. 21. Illinois’ men’s team won 1st place out of 4.

The Illinois men’s track and field team finished first in a field of 12 at EIU Big Blue Classic over the weekend in Charleston, Illinois.

After finishing the first day of competition in third place on Friday, the Illini jumped to first the next day with the help of six event titles.

Besides being part of the winning relay team, Zahn also posted a second-place finish in the 200. His finishing time of 20.17 is tied for fifth all-time in school history behind former Illinois sprinter Dominique Worsley.

The 4x400m relay team consisting of freshman Matt Burns, sophomore David Kendziera and juniors Cam Viney and Joe McAsey also won an event title for the Illini with a time of 3:14.

Sophomore Aaron Wilks took home the javelin title with a toss of 60.14m.