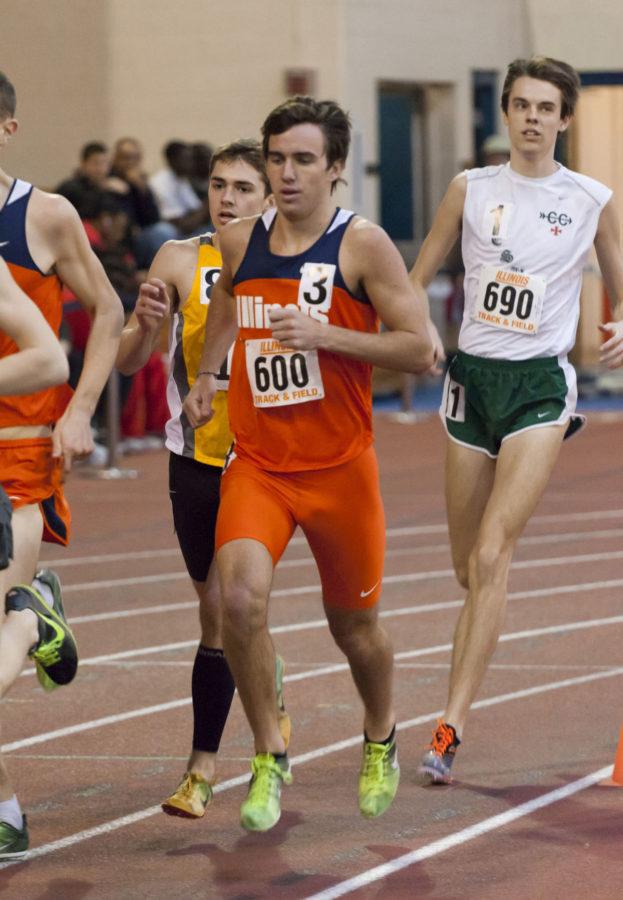 The Illinois men’s track and field team had seven first-place finishes Saturday, contributing to its third outdoor competition victory of the season at the Jim Click Shootout in Tucson, Arizona. In the event hosted by the University of Arizona, the Illini competed in a field that included Arizona, Purdue, No. 5 University of Southern California, and No. 4 LSU. These were the highest-ranked teams Illinois has faced during the outdoor season.

Junior Cam Viney produced the only short-distance event win for the Illini in the sprints. He won the 400-meter hurdles with a career-best time of 49.92 seconds, the fifth-best time in the NCAA this season. Senior Davis Fraker now ranks 14th in the NCAA standings this season after finishing second in the hammer throw — he topped his own school record with a throw of 65.36 meters.