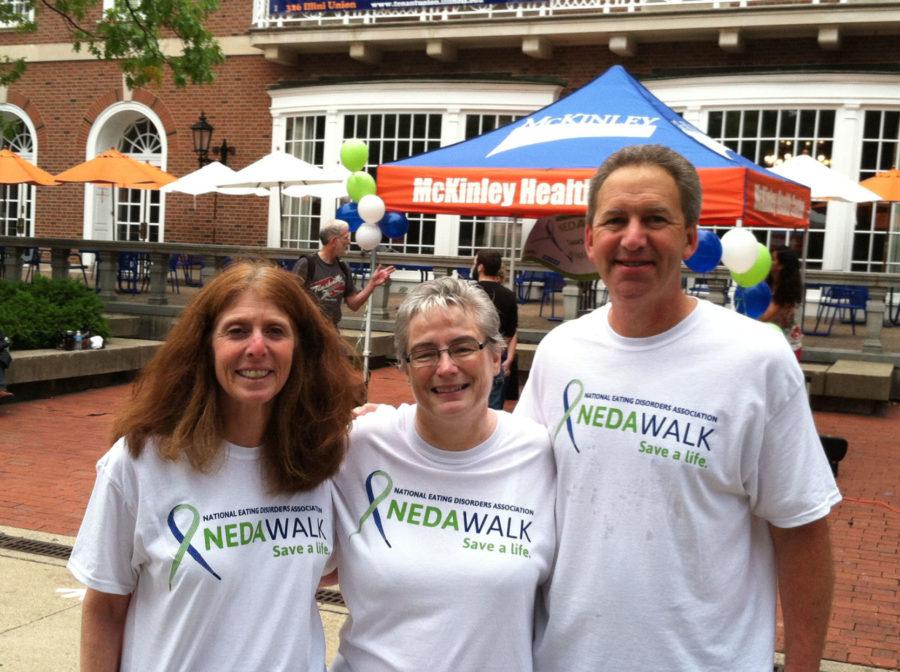 More than 150 people will gather at the University Arboretum on Saturday morning for one cause: to raise awareness and support for those struggling with eating disorders.

The University’s Counseling Center and McKinley Health Center are partnering with the National Eating Disorders Association, NEDA, to host its second NEDA Walk on Saturday from 9 a.m. to 11 a.m. Registration opens at 8 a.m. and requires a $15 fee, said Bethni Gill, health education nutritionist at McKinley, who is helping coordinate the event.

As of now, there are 167 people signed up compared to the 140 walkers who registered in the first NEDA Walk in October 2013. With nearly $25,000 gathered so far, this year’s event raised more funds than the previous Walk’s $19,000 and more than quadrupled its fundraising goal of $5,000.

The amount of gift cards and food donations from campus locations also exceeded their expectations, said Nisha Moorkoth, senior in AHS and one of three interns at McKinley.

“I was expecting people not to donate because (eating disorders) are so taboo,” Moorkoth said. “That goes to show that you don’t even see the support because people are so scared to talk about it.”

Yet, such stigma associated with eating disorders and any mental illness not only limits conversation about the issue but hinders the number of resources as well, said Scott Tabakin, returning guest speaker and Chief Financial Officer at ValueOptions in Norfolk, Virgina.

Tabakin is currently ranked as the top participant and also created the top fundraising team with his wife Lori (’80 alumna in AHS) and son Ethan (’13 alumnus in urban and regional planning) for his daughter Mindy, who has been struggling with an eating disorder for more than 12 years and did not receive adequate support and services during her college years, he said.

“There aren’t many services on (most) college campuses for mental health on a larger scale and for eating disorders on a more narrow scale,” Tabakin said.

In fact, only six percent of college students were asked about their eating disorders by a health provider, according to the 2013 NEDA report, “Eating Disorders on the College Campus” involving data collected from 165 colleges and universities in the U.S.

Although this is the supposed norm among many college campuses, Tabakin said the University stands out in its efforts to promote awareness and treatment of eating disorders — particularly through the Counseling Center.

“While it may not seem like a lot, what the U of I does through the Counseling Center is really remarkable in the whole scheme of things,” Tabakin said.

The Counseling Center, as well as the McKinley Health Center, provides free services for students who have an eating disorder. Appointments can be scheduled Monday through Friday, 8 a.m. to 5 p.m.

In addition to the accessibility of these services, the Counseling Center’s confidentiality and selection of skilled clinicians provide those with disordered eating a comfortable place to begin their journey to recovery, said Sarah Zola, a junior in LAS, who will also speak at the event.

“One of the main things about eating disorders is that you can feel very alone and very secluded,” she said. “The Counseling Center is a great place to start telling as little or as much of your experience as you want.”

It’s been about a year since she has recovered from an eating disorder that began in high school.

While she never expected to share about her personal story so publicly, she did make the “conscious decision” during her recovery to help others through her experience, she said.

But recovery does not mean that struggles will cease to exist, she said. Rather, it’s having the mindset of looking past one’s outer image to find true self-worth, she added.