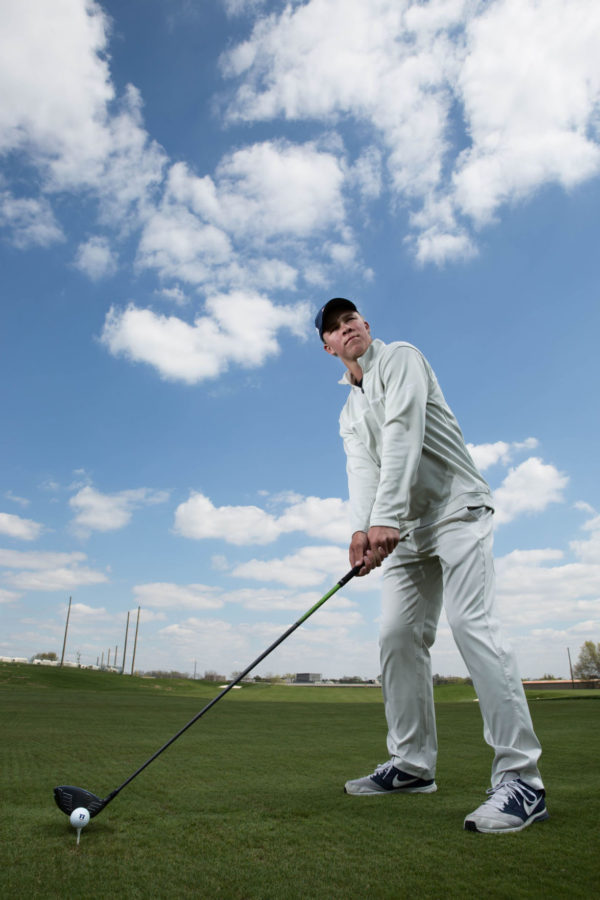 As the Illinois men’s golf season winds down, every member of the starting five has had at least one signature moment.

At the Boilermaker Invitational April 20-21 in West Lafayette, Indiana, junior Charlie Danielson finished tied for first with teammate junior Thomas Detry. Danielson totaled a 65 in the second round of the tournament and nearly set a course record at the Kampen course.

Detry had his fair share of success this season: He collected five Big Ten Golfer of the Week Honors and Tuesday was named the conference’s golfer of the year.

Senior Brian Campbell and freshman Dylan Meyer also each had their own moments — both were named All-Big Ten players Tuesday, Campbell a first-teamer and Meyer a second-teamer.

But freshman Nick Hardy hadn’t had a moment to shine all season.

His fall was fairly successful: He had a 72.45 stroke average in four fall tournaments and finished in the top 20 in all four tournaments. His play in the fall was consistent for the Illini but in a team with three golfers that had previously been named All-Americans, Hardy hardly stood out.

That was until last weekend, when the freshman finally had his first signature moment of the year leading Illinois to a commanding 32-stroke team victory in the Big Ten Championships and tying for the conference tournament individual title.

Hardy said he believes this win coming during his freshman year is a sign he has room for success.

“It feels good to get my first win as a freshman, and that I know I have a few years to win a few more,” Hardy said. “It feels really good, I struggled a bit this spring, but it feels great to be in the winner’s circle this year.”

This win is not only Hardy’s first of the season, but his first individual triumph as an Illini.

The win could not have come at a better time for Hardy, according to head coach Mike Small.

“It’s great for Nick to win the tournament after struggling last week at Purdue,” Small said. “He came here this week and took care of business. He played hard and won, and that is a big plus for our program. It shows the resiliency that these kids have.”

Hardy’s win is also encouraging for a team that is losing one of its key contributors at the end of the season: Campbell, who has been an irreplaceable member of the team since 2011, has brought Illinois tournament wins and accolades like Big Ten Player of the Year awards and PING All-American honors.

Hardy will look to replicate this success by taking his lessons from this season and adding them to his game over the offseason.

“(I’ve had) a lot of ups and downs, but that’s what you go through as a freshman,” Hardy said. “I’m going to try and apply that knowledge over the summer and try to be the best I can next season.”

Hardy finishes a season that any freshman golfer in the country would envy, ending with a bevy of awards to his name that put him in the same league as some of the nation’s top collegiate players.

Hardy came away with the Big Ten Freshman Golfer of the Year award and is the only freshman on the All-Big Ten team with Campbell, Danielson and Detry.

At the end of the day though, medals and honors can be lost on just a single shot.

“I love that it came down to the last shot,” Hardy said of his final hole. “I love the competition and seeing what I’ve got coming down the stretch. It feels great to have a team championship, also. I can’t wait to go get another one.”