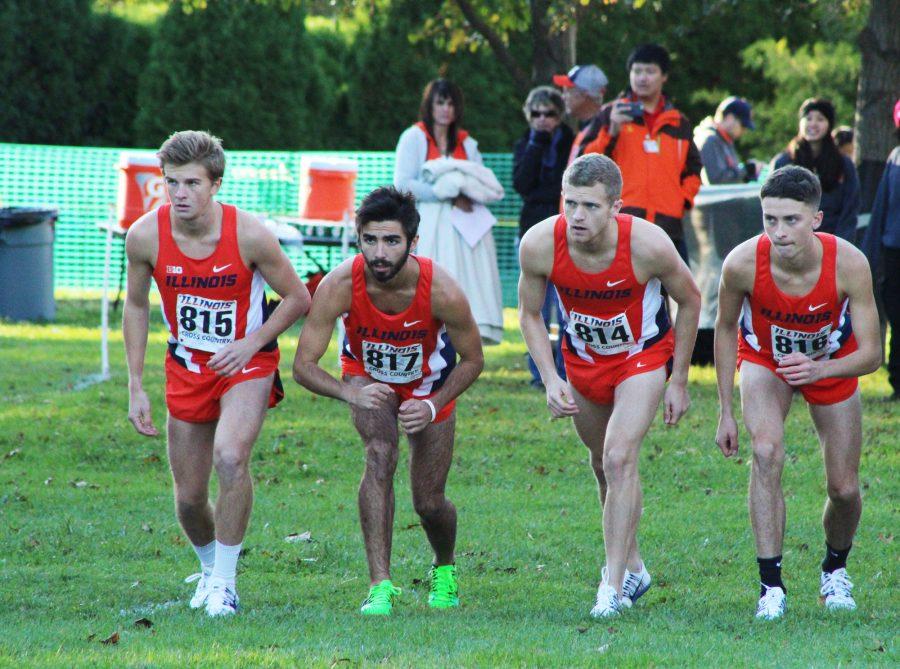 Quick notes: For the first time since 1986, the Illini will be competing at the NCAA Championships.

Teams like Iowa State and Wisconsin make an appearance at the men’s cross-country NCAA Championships pretty regularly, but for Illinois it has been 30 years.

In 1986, seven young men made the trip to Tuscan, Arizona, for the championships.

Although it was 30 years ago, Illini alum Dr. Paul Kivela, who now lives in San Francisco, said that it’s hard to forget something as important as a championship race.

As a senior he was pretty familiar with the Midwest competition.

He remember standing on the starting line and recognizing some faces but mostly looking at strangers.

He remembered the difficult training that went into the preparations for the meet. The average temperature in November was 37 degrees in Illinois, while the average in Arizona was 75 degrees.

He remembered running through sand because it wasn’t anything that was even considered in the Midwest.

Most of all he remembers the bond he shared and still shares with his teammates.

“If any of my teammates would call me up I would drop whatever I need to do to help them out,” Kivela said. “I think on a close team that is always the case.”

They were a team that depended on each other because they wanted to, not necessary because they had to, Kivela said and current Illini Dylan Lafond echoed.

Fellow Illinois alum Dan Gray, was a part of the 1986 team but didn’t run in the championships, keeps up with the team as well.

“We’ve had some ups and downs, a lot more downs, but [the Illini] made a big showing at Big Tens and that turned the team around,” said Gray who now lives in Peoria, Illinois.

This season the team is under head coach Jake Stewart who has just won the U.S. Track & Field and Cross Country Coaches Association Midwest Region Coach of the Year.

In this year’s championship, the team will compete in Terre Haute, Indiana, on a course that the majority of the team has had a chance to run.

“There was a lot of pressure to run well, it comes from commitment to the team as well as everything else,” Kivela said

Gray predicts that the Illini will place in the top 15 and plans on heading up to Terre Haute this weekend to see it in person.

“I think you can reliably say that all the alumni are proud of [the team’s] accomplishments and wish them the best of luck,” Kivela said.