Swipe right for a good night 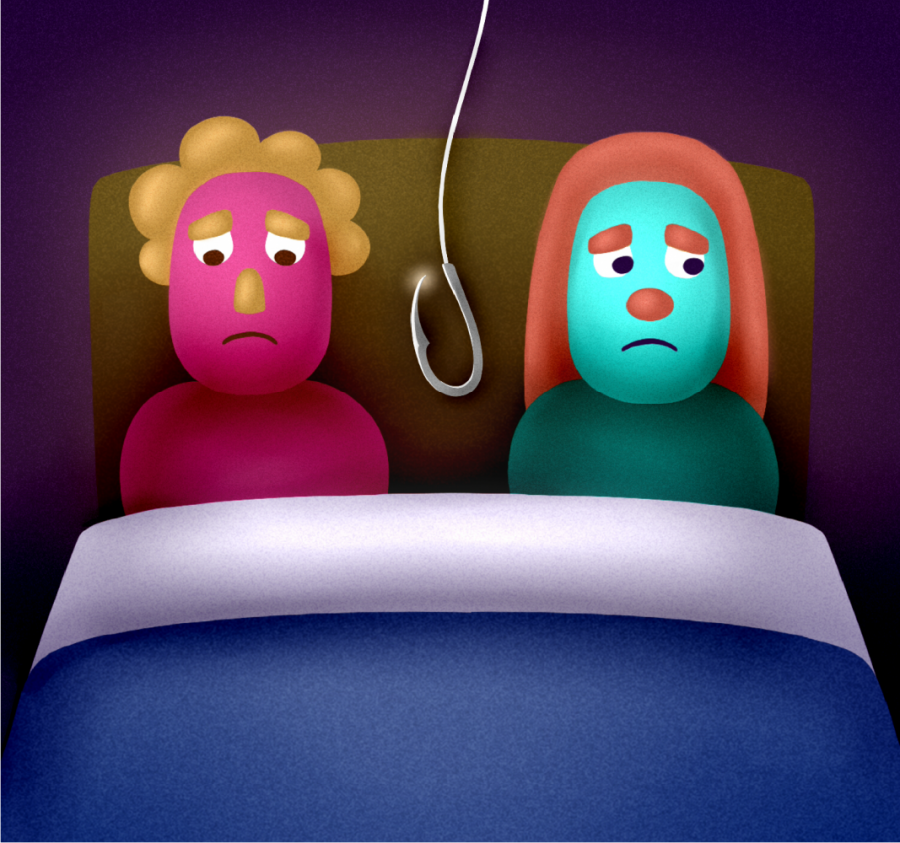 Being physically intimate with someone should be driven by mutual comfort and want. Should I be able to find that on this campus? I would think, yes. But what I find instead is that it is much easier to achieve a hookup — a concept that simultaneously terrifies and saddens me.

Admittedly, I’m not willing to participate in campus hookup culture. I just know that hooking up won’t make me happy. I don’t believe that I would be satisfied by the instant gratification it may give me. I need constant gratification, or the knowledge that I’m being entirely fulfilled in order to be content with a romantic partner.

Really, hooking up can be downright messy. Especially on college campuses, hooking up doesn’t come without consequences. It may be easy to convince yourself that you’re only seeking pleasure, but it could be status and popularity that you’re chasing.

Additionally, there is an unspoken understanding that emotional attachment is not allowed. Anything signaling a relationship or romance — anything besides the act of sex — is considered taboo given accepted social norms.

At least that’s the conclusion that Shankar Vedantam, host of NPR’s podcast “Hidden Brain,” came to on an episode titled “Just Sex.” In the episode, Vedantam interviews Lisa Wade, a sociologist at Occidental College, who spent five years researching hookup culture on college campuses across the country and authored the new book “American Hookup: The New Culture of Sex on Campus.”

Her book outlines a “dichotomy” between “meaningful and meaningless sex.” Basically, when you hook up with someone, you are straying into the territory of “meaningless sex” and it signifies that you or your partner cannot show anything besides physical interest in each other.

No care, no emotional attachment — no hand-holding, hugging, nuzzling — nothing that could be construed as you or your partner having actual feelings.

Further, I need to feel like all of me is wanted — not just my body, because my body is the most treasured and private part of me, and I can’t give it to just anyone. It absolutely has to be someone I trust. And it’s rare that I’ve ever trusted a random guy I matched with on Tinder.

Also, the hookup culture can be harmful because it can aid in perpetuating a hegemonic class system on campus. Wade mentions in the podcast that across American campuses, hookup culture is primarily composed of white, heterosexual, able-bodied men and women. This means racial minorities and people in the LGBTQ+ community are completely alienated from this culture.

And for those who are part of the LGBTQ+ community, safety becomes a key issue. Wade mentions that that’s partly why Grindr took off so successfully on college campuses first — it gave people in that community an outlet that they previously didn’t have.

She emphasizes that participating can threaten the “personal well-being” of those who are both insiders and outsiders. I’ve felt this before, even if I’m not a part of that culture.

Being an outsider looking into a culture that is very much rooted into the social structure of campus can be difficult to deal with. When everyone’s doing something and you’re not, it seems more enticing than perhaps it is.

However, it remains that I will never participate in hookup culture. I believe that culture exists in full throttle on this campus and it can be toxic. There are people who enjoy it — specifically 15 percent according to the podcast — and more power to them.

Yet, it is not something I can get behind knowing all the damage it can do to young men and women, the people it alienates, and the hegemonies it perpetuates.

The regret, the anxiety, any STDs you may contract, the worry that he or she will never call and the heaviness your heart may feel no matter how much you tell yourself that he or she didn’t matter; all of those factors combined can create an emptiness that still has the capacity to get to you — physically, spiritually and emotionally.

Wade emphasizes in the podcast that actually, nearly one-third of college students will never hook up during their time on a college campus. So if you’d much rather hold someone’s hand than have drunken sex with them, absolutely nothing is wrong with you.

We’re not robots after all. As much as we try to detach, our feelings are always going to catch up to us whether we like it or not. And those others who also choose not to participate: You’re not alone.

Ashvini is a senior in LAS.