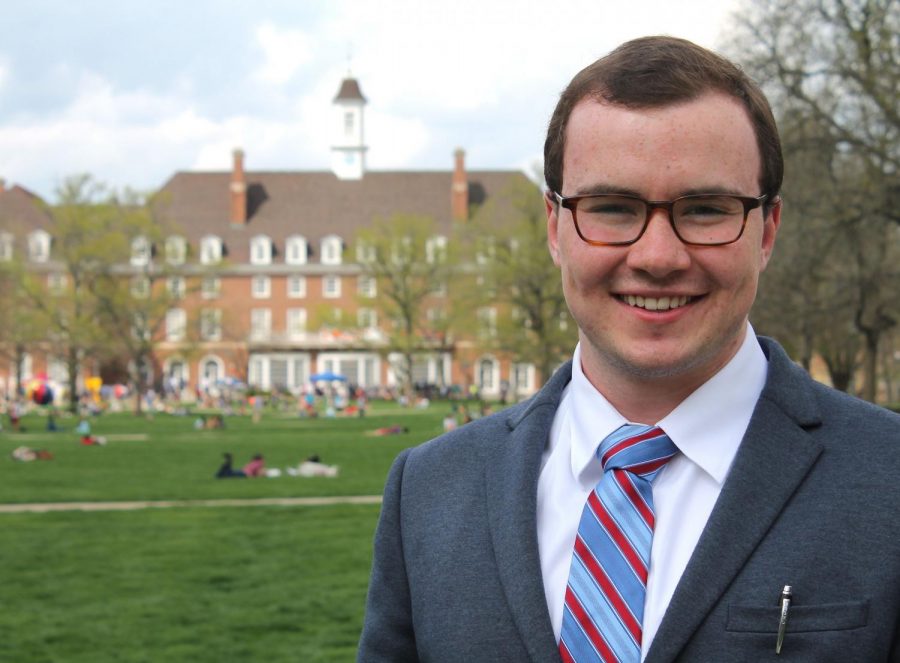 With over 2,000 applicants this year, the highly competitive Rhodes Scholarship has chosen the first University student since 1998: Thomas Dowling, senior in LAS.

The scholarship awarded 32 students from the United States the opportunity to attend the University of Oxford in the United Kingdom, with full financial support to complete their post-graduate program.

Dowling was born and raised on the South side of Chicago to a single mother, and was the first in his family to go to college.

Now, he is headed to Oxford to either get his Doctor of Philosophy in politics or two concurrent masters in public policy and social science research design.

“My hope is one day to serve as a state legislature. There are a lot of bad things that are going on (in Illinois). (An) enormous budget deficit, pension issue, DCFS (Department of Children and Family Services) is falling apart, the list goes on,” Dowling said. “There’s a lack of young people that think public service and public policy are worthwhile professions to go into, which is a huge problem because we need smart, young people going into these roles.”

Dowling wanted to be a Rhodes Scholar since his freshman year of college.

“I knew going into college as a freshman that I wanted to be pretty competitive for the scholarship. I worked a lot with the fellowships and scholarships office. I’ve won different awards through them before,” Dowling said.

He won the Fulbright scholarship freshman year and the Truman scholarship his junior year, each with a focus on public policy.

“The reason that Thomas has been so successful is he has very clear goals on what he wants to do,” David Schug, director of the National and International Scholarships Program. “He’s been very proactive in not just waiting for opportunities to come to him, but seeking opportunities and taking risk, like taking a semester off to go work on the Bernie Sanders campaign.”

The process of becoming a Rhodes scholar is inclusive of the University and the Rhodes committees.

“You have to get your university’s endorsement. Then you are sent to a national panel that reviews the applications. Once they review the applications, several finalists are invited to interview and then there’s a two-day interview process. And at the conclusion of the interviews, they announce the winners,” Dowling said.

According to the Rhodes Scholars website, Rhodes Scholars are chosen not only for their outstanding scholarly achievements, but for their character, commitment to others and to the common good, and for their potential for leadership in whatever domains their careers may lead.

Dowling has been involved in initiatives such as the Speech and Debate team, serving as the deputy chief of staff for an Illinois state representative and is a Mayoral appointee for the City of Champaign Zoning Board of Appeals.

“Thomas is one of the most unique people I have ever met,” Timothy Hurley, friend of Dowling and senior in Engineering, said. “Despite his success he remains humble and caring in his everyday life.”