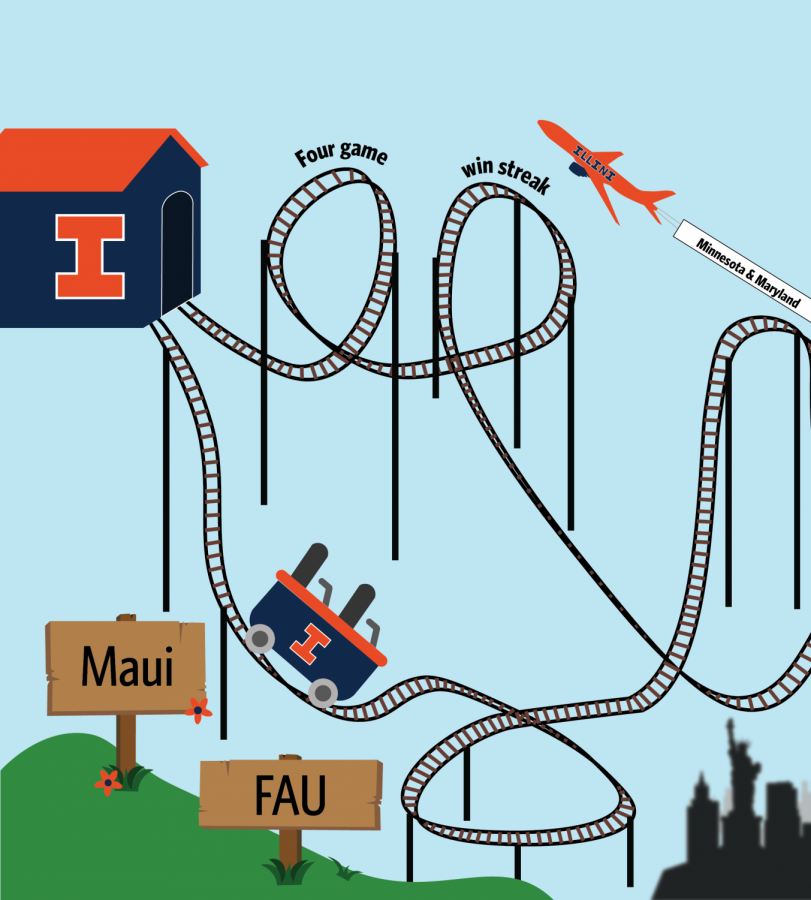 The Illinois men’s basketball season has had its fair share of ups and downs. Heading into the year, head coach Brad Underwood was looking to outdo his first-year performance with the team. However, a load of transfers brought nearly an entirely new, young  roster to the court. Despite five-star and NBA prospect Ayo Dosunmu coming to campus, growing pains proved too strong for a successful start to the season.

A trip to the Maui Invitation kicked the season off on a national note. Competing against some of the most well-known programs in the country, Illinois held its own against Gonzaga but could not pick up a single win over the three-game tournament, adding to the first losing streak of the season.

As the year went on, so did the losing. Rough losses against Florida Atlantic at home and Missouri in the Braggin’ Rights game forced Illini fans to start questioning the direction of Underwood’s program. Although, flashes of what the team could do showed in games against Minnesota and Maryland. However, real change, seen through the breakout of Dosunmu, was on the rise, and a four-game winning streak labeled the team as the hottest in the Big Ten.

Sparked with new energy, the rollercoaster of a season for the Illini began to take new twists and turns. A three-game losing streak did not change the Illini’s newfound confidence, and after a win against Northwestern, the team has a shot to get the first round bye in the Big Ten Tournament. The Illini may have been on an unexpected path, but with the end of the season right around the corner, the team can still salvage one of its best conference slates in the last five seasons.