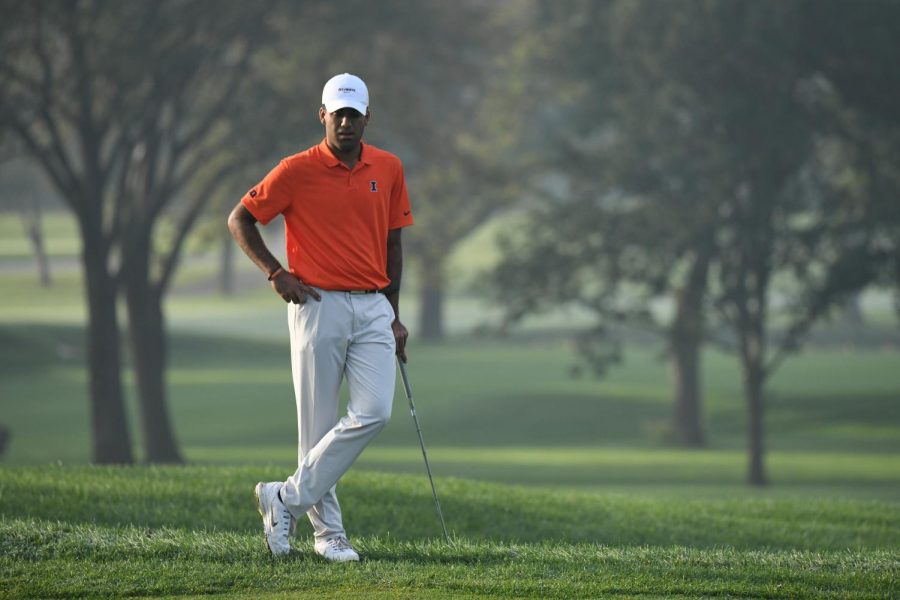 Over the last decade, the Illinois men’s golf team has been one of the most successful programs for Illinois athletics. It has won nine Big Ten Championships in the last 10 years, solidifying its hold over the conference.

This weekend, in Philadelphia, the team will have the chance to continue its legacy of winning at this year’s Big Ten Championship tournament.

The Illini are coming off a second-place tournament finish behind the hosting team, Iowa, at the Hawkeye Invitational.

“This year we have a mindset of we need to go there and win,”  said junior Michael Feagles. “There are some good Big Ten teams this year, teams that are playing well. We just saw a good Iowa team on their home course. We’re not taking it for granted that we’ve dominated this conference for a long time now.”

The Illini will look to build off their performance in Iowa, where they shot 37-under-par, and all five of the starters were ranked in the top-11 on the weekend.

The team has nine golfers in total but can only send five to the Big Ten tournament. The team has been competing for starting spots all season, but the five who are going to the tournament will be the five who started last weekend in Iowa.

The juniors look to give valuable experience to the last two starters who have never been on this stage.

“Getting over the nerves of it and understanding the pride you feel representing the University (is) one of the coolest things ever” Feagles said. “It’s obviously difficult playing in your first (Big Ten Tournament), and I’ve been through the same thing. Just kind of reiterating the fact that you work all year for this (and) you practice hard all year so that you’re prepared for these moments and these events.”

Champaign-native Chopra will be making his first Big Ten tournament appearance this weekend. Chopra hasn’t started in many tournaments for the team, but his play in the last two tournaments has earned him a spot to represent Illinois.

In three appearances this year for the Illini, Chopra has led the team twice.

“Varun brings a lot of energy and some momentum the last couple weeks,” said head coach Mike Small. “You know a month ago, Varun wasn’t in the top six or seven, but he’s worked hard. That’s what this game does; (it) can turn around in a minute. It can turn around good or the other way.”

The final starter is Dumont de Chassart. He’s had a strong freshman campaign, finishing first in the Tar Heel Intercollegiate at the end of March and earning Big Ten golfer of the week honors for it.

Chassart has played in six tournaments for the Illini and has been the top finisher for the team twice.

While this program has been on top of the conference for the last decade, Small knows the team needs to stay confident without underestimating their opponents.

“This is the championship part of our season; this is an event they give rings for. Nobody is going to remember last week who won at Iowa or ,two weeks ago, who won at Augusta State … But we’ve won nine of the last 10 championships, and people remember that stuff,” Small said. “But at the same point in time, when you go compete, you have to play like it’s every other event and trust yourself and trust the process and hit our standard that we expect to hit. If we can go hit our standard and play golf the way we think the game of golf should be played, then we’ll have a chance to win.”