Don’t count Illinois football out of a bowl game 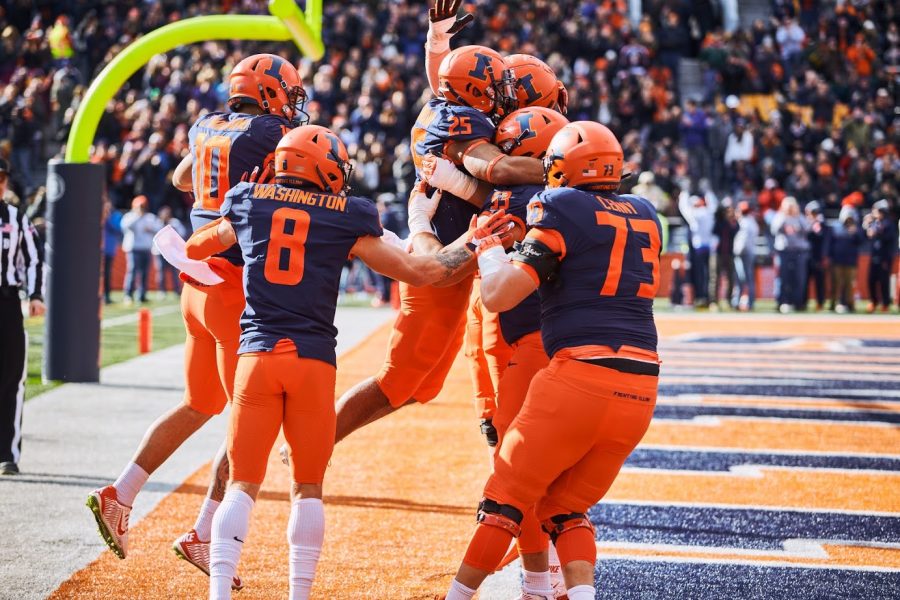 In the last few weeks, I’ve received feedback on some of my columns about the state of Illinois football over the past few years.

Some will say this is the worst half-century of Illini football they’ve seen, but it looks like things are coming around.

Others will say no matter what Illinois does now, it’ll  never reach the caliber of the team it once was.

They say things such as fans beginning to get excited is only celebrating mediocrity. While I don’t entirely disagree, I don’t think it’s fair to compare these guys to the ones of the past. This team completely changes every four to six years; that’s the nature of college football.

The last time Illinois won three consecutive Big Ten football games in a single season was 2007. Those wins made them eligible for the Rose Bowl.

So hear me out…

Illinois beat Wisconsin and turned the season around.

The team followed up with the defeat of Purdue, which beat Nebraska this past weekend, which means technically, we beat Nebraska, but we’ll get into that later.

Illinois made a 180 from the team that started off the season.

A few short weeks ago everyone had written them off as the same team the Illini have been the past few years.

Then Illinois pulled off the unbelievable.

It might be the Cinderella story every team with a losing streak hopes to become.

I’m not saying the Rose Bowl is in the future but it’s no longer an unlikely feat.

Playing in a conference at the caliber of the Big Ten, which could have multiple teams in the top 20 at any given moment, should determine if Illinois qualifies for a better bowl after reaching the minimum of a split season.

It’s now no longer outrageous or unreasonable to say Illinois could finish its season undefeated.

Michigan State has had a mediocre season at best. The Spartans struggled against teams they were predicted to struggle against and defeated the teams they were expected to defeat.

There’s been nothing flashy about Michigan State’s season, and it’s been playing pretty mid-level in the Big Ten.

Iowa might be a team to which Illinois struggles, but as we’ve seen this season, these guys are some fighters. So I can say with confidence not to count the Illini out of that game.

However, if Illinois loses to Iowa, Illinois will have something to prove, and therefore, Northwestern doesn’t stand a chance. But if Illinois beats Iowa, it has even more to prove in order to maintain the streak and prove they can have a winning season after coming off such a rough past.

Not to be crazy optimistic or anything, but this could be the turning point of Illini football as we’ve come to know it.