The Kat Walk, new RSO, to strut the quad 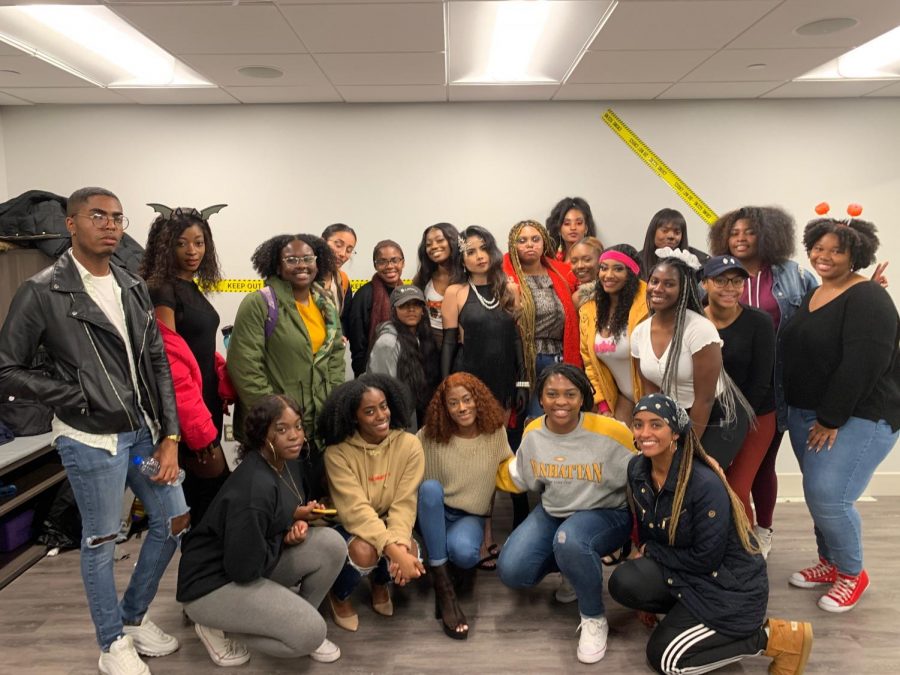 photo courtesy of In Living Color

Two student RSOs, The Kat Walk and Living in Color, pose for a photo at the Bruce D. Nesbitt African American Cultural Center on Oct. 30. The Kat Walk’s debut fashion show will take place in the spring.

After modeling in various shows held by other organizations in the black community on campus, Teara Morrow, senior in LAS, envisioned a much larger stage than what had been traditionally done. That stage is the Main Quad.

Morrow recognized the power and influence runway modeling has within black culture, so she thought it should be showcased on a much larger platform.

With the idea of diversifying and broadening the audience, Morrow created her own modeling organization on campus, called The Kat Walk, which plans to host two fashion shows each year on the Main Quad.

“I wanted to create a safe space for models in the black community to share their talents with audiences of different cultures (or) races who would be visually attracted to the art of modeling being performed on the (Main) Quad,” she said. “Models in the black community will also get to share one stage by recruiting a diverse pool of models to also participate in the show with audiences of different cultures to come support a broader modeling community.”

Transforming the vision for T.K.W into a fully functioning organization on campus was not an easy process. Morrow reached out to more than 15 potential sponsors to help get the organization up and running.

“The biggest obstacle I ran into while creating this organization was finding a sponsor here at the University who was willing to say, ‘No, these models aren’t asking to use an ordinary auditorium space, but I’m willing to back their message and intent because it deserves the platform and abstract (Main) Quad space,’” Morrow said. “Our sponsor would have to be a department or an official University program willing to vouch for our professionalism as models and our right to share runway modeling as a piece of our history embedded in black culture; the obstacle was that it took so long to find a licensed sponsor.”

But she wouldn’t take no for an answer. Morrow kept pushing and advocating for the importance of T.K.W until she finally got a yes.

T.K.W’s debut fashion show will occur in the spring. The theme is “T.K.W Under Construction,” which is on-brand as the RSO figures out how the structure and logistics of their club will work.

“The goal is to kind of ‘build’ our organization right in front of the audience’s eyes,” said Anita Ajao, T.K.W co-producer and senior in Business. “The visuals for this high fashion show are construction site-inspired. The process for this show consisted of watching and analyzing major runway shows, picking and choosing elements that would work best for our audience and developing ideas with fellow board members.”

Putting on a show requires much preparation and planning. From wardrobe, hair and makeup, music, visuals and, of course, the models, T.K.W has set up E-board to make sure the show goes smoothly.

“Organization is a major key to a successful show,” Ajao said. “We have already started working on walk patterns, backstage and runway procedures, outfits, hair and makeup, which is way ahead of show-day. This has given us room to add more creative elements and eliminates unnecessary chaos on show-day … working with a well-coordinated team of models and executive board members (who) all share a large amount of passion is very critical for a successful show.”

To prepare for the show as a model, Fatima Labaran, sophomore in ACES, is walking in other fashion shows on campus to practice and perfect her walk. She practices nearly every day.

“The most challenging part about prepping for the fashion show is building endurance,” she said. “I’ve never done a show on concrete, and I’ve never walked such a long distance.”

The show will feature models from othe r notable modeling organizations on campus such as The Fashion Network and Moda Bellissima. Guest vendors will also be in attendance for the show, and merchandise can be purchased.

T.K.W is interested in the business side of fashion, too. They recently did a workshop called “Fashion for Your Future.” This workshop gave tips on how to be successful in the fashion world. T.K.W delivered a presentation on “finding workplace dress confidence” for women of color, making the presentation interactive with models dressed in both acceptable and inappropriate looks.

Morrow hopes to introduce models to local high schools in hopes to spark interest in the fashion world and as an incentive for students to want to go to college.

T.K.W is also offering pre-professional opportunities for members who have shown interest in conducting a professional modeling agency. With plans like these, Morrow is thinking about the longevity of the RSO after she leaves.

“This process will last a little over one year, ensuring they will be prepared for promotion,” Morrow said. “Our shadowing process ensures that every executive board member will have had the proper training to carry out high-fashion shows well after I graduate.”

Morrow is confident her creation of T.K.W will continue to uphold the values she instilled in the group.

“With an overarching theme that the organization is based upon, women empowerment and ‘no model left behind,’ I am confident that those who participate in T.K.W will preserve the morals, values and guidelines I built this organization upon,” Morrow said.