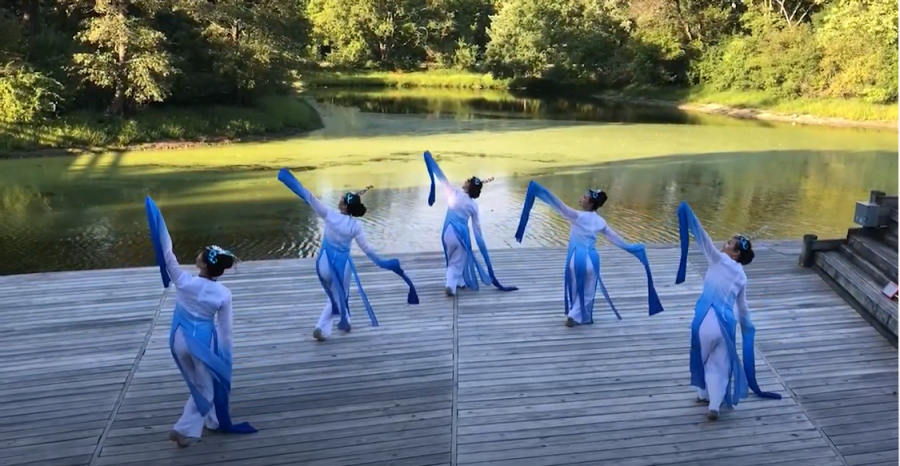 Various performers showcase their talents during the Chinese Cultural Exhibition on Saturday. The New American Welcome Center hosted the event online, where they streamed the performances live to viewers.

The New American Welcome Center at the University YMCA hosted a welcome week in an effort to bring together organizations, communities, immigrants, refugees and long-time residents to build strong connections, strengthen communities and establish the importance of welcoming and inclusive places. The welcoming week is a global celebration that brings together immigrants and U.S.-born community members to get to know one another.

On Saturday, from 7 p.m. to 8 p.m., the New American Welcome Center hosted an online Chinese Cultural Exhibition with a hope to celebrate diversity, promote inclusivity and create connections within the community. The hour-long event included piano performances, dancing and reflecting the deep lush history of Chinese culture.

The opening event was a dance to the song called the “Purple Bamboo Melody,” which is a folk song that is a tune of love that has been popularly adopted and used for Huju, or Shanghai opera. The song was composed to be simple, light, lively and pleasant to the ear and common in everyday life.

Following the folk dance performance, the show featured a suite of five folk songs from Yunnan. This suite showcases the characteristics and uniqueness of Yunnan’s folk music.

The first piece in the suite was titled “The Young Lady of Tali.” The piece depicts a young lady from the city of Tali, waiting in contemplation by the riverside. The second piece was dialogue through the song, which depicts two parting lovers singing goodbye to each other. Both pieces were performed by Branden van der Donk, a 17-year-old student of Jing Hao, who will be attending the University of Southern California as part of the class of 2024.

The third piece, titled “A Song of Riddles,” shows the humorous exchange between two young people telling jokes and guessing the answers to the riddles. The piece is light, jumpy and meant to be easy going. The piece was performed by James Yan, an 11-year-old in the sixth grade at Franklin Middle school in Champaign.

The fourth piece, titled “Mountain Song,” was composed to depict people singing on top of a mountain with the mountain echoing in response, akin to a conversation with the mountain itself. The composer utilized repeating patterns in different registers and octaves to signify the back and forth between human beings and their environment. The piece was performed by Maine van der Donk, the 16-year-old younger sister of Branden van der Donk.

The fifth and final piece of the suite was called “Dragon Lantern Tune.” The piece aims to show the gleeful celebrations of the people when enjoying cultural festivals. The piece was performed by Jason Yan, a 12-year-old seventh grader attending Franklin Middle school. Yan’s increasing enthusiasm has been widely recognized when he won the first place in the 2020 Chicago international music competition.

Following the suite of five pieces, there were several dances, namely “Liang Zhu” or “Butterfly Lovers” which is a popular ancient and tragic Chinese story that has touched the hearts of people everywhere for thousands of years.

The show also featured numerous piano pieces such as a solo called “The Legend of Lan HuaHua” performed by Bridget Lu. The song is a well-known folk song in North-Western China. La HuaHua was forced to marry one whom she did not love. This tune shows Lan Hua Hua’s bravery in her protests against the forced marriage and the story of how she regained her freedom to control her own fate in the pursuit of true love.