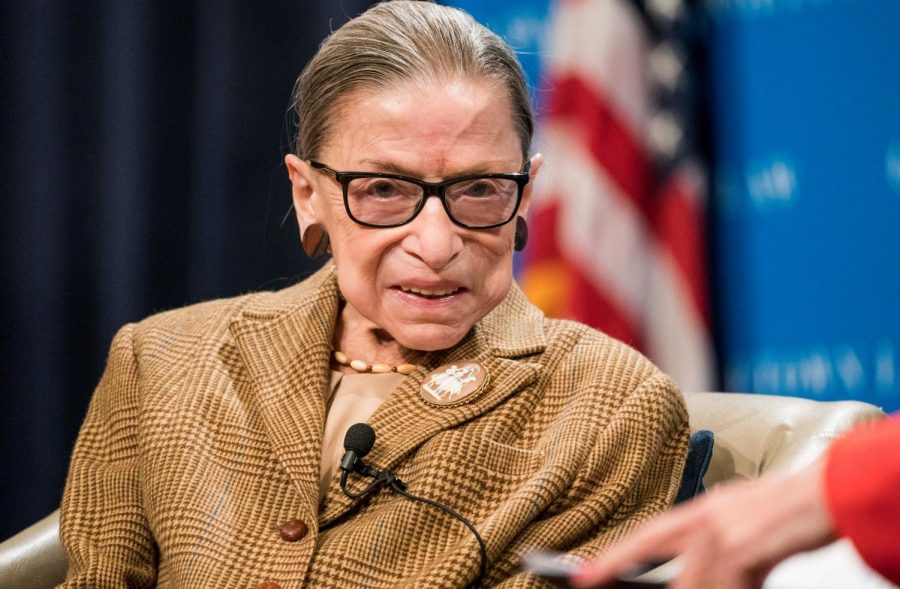 The late Justice Ruth Bader Ginsburg once said, “you can disagree without being disagreeable” regarding her unlikely friend Justice Antonin Scalia. Though my views land far closer to Scalia’s than hers, I’d be remiss to not acknowledge the impact she had through her voice on the court.

The appropriate thing to do when someone passes is to offer condolences to their loved ones and remember their legacy. Unfortunately, the nature of the ghoulish deathwatch that is the Supreme Court mandates the question: who’s next?

President Donald Trump intends to nominate a woman such as Amy Coney Barrett or Barbara Lagoa for the vacancy before the election. Senate Majority Leader Mitch McConell stresses the Senate will vote on his nominee.

The Democrats are predictably outraged over the timing of this vacancy, insisting a nomination should not occur until after the election. Justice Ginsburg reportedly wished on her deathbed not to be replaced until a new president was installed.

Joe Biden has made it an issue of his campaign, and Barack Obama, whose nomination of Merrick Garland was blocked by Senate Republicans before the 2016 election, argues “a basic principle of the law … is that we apply rules with consistency.” Congressional Democrats have threatened to expand and pack the court, a bully tactic notably used by Franklin Delano Roosevelt to advance his unconstitutional New Deal legislation.

Biden ironically wrote an op-ed in 2016 for The New York Times wherein he stressed the constitutional duty of McConnell and the Senate to hear Obama’s nomination before the election. Now since he’s running for president, McConnell magically has the constitutional duty to do the opposite. Similarly, everyone must respect Justice Ginsburg’s wishes but ignore that she was “not at all in favor” of expanding the court for political purposes.

What faux moral high ground. The Republicans are not obligated to wait because RBG wished them to. There is no “Biden rule” or “McConnell rule.” There is only one rule for judicial hearings and it is located in Article II, Section II of the Constitution: “(the President) shall nominate, and by and with the Advice and Consent of the Senate … Judges of the Supreme Court.”

With a 53-member majority, McConnell can only tolerate three defectors and still confirm the nominee with Vice President Mike Pence’s tiebreaking vote. Fortunately, McConnell has gathered 51 Senators to vote on the nomination. Only two Republican Senators, Murkowski and Collins, have taken a stance against the nomination.

The lionization of individual Justices and this battle of political norms illustrates how astray the court has gone from its original duties. In Obergefell v. Hodges, the Court circumvented both federal and state legislatures to declare a right for gay marriage that had no grounding in the Constitution. The same can be said of the abortion protections stemming from Roe v. Wade and Planned Parenthood v. Casey.

In Federalist 78, Hamilton thought the Judiciary would be the weakest branch, as it possesses “neither force nor will, but merely judgment.” In legislating from the bench, the “liberal” Justices actualized Hamilton’s worst fear: “For I agree, that ‘there is no liberty, if the power of judging be not separated from the legislative and executive powers.’”

Republicans should advance a nominee because constitutionalism creates stability in the court. Originalist nominees aren’t activists; rather they let the duly-elected legislatures decide issues outside the purview of the Constitution. The frenzy surrounding the prospects of a 6-3 “conservative” court is merely babble from partisans with little concern for protecting constitutional principles over personal policy preferences.

President Trump reportedly has been saving originalist Judge Amy Coney Barrett for Justice Ginsburg’s seat. Having formerly clerked for Justice Scalia and currently serving on the Seventh Circuit Court of Appeals, Barrett is more than qualified for the position. If Democrats truly believe “women belong in all places decisions are being made,” I see no reason Barrett should be denied a fair hearing before Nov. 3 if nominated.

Matthew is junior in LAS.