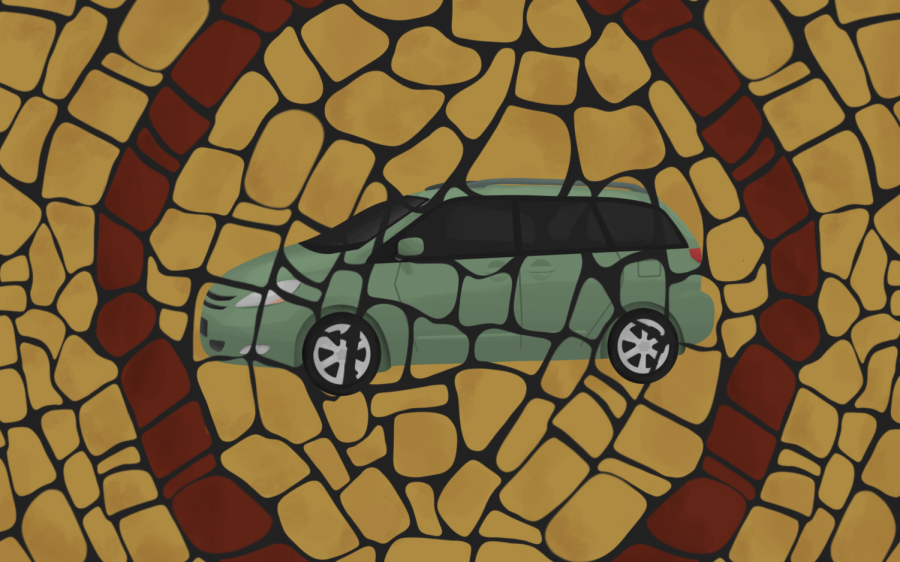 When I saw a commercial for the all-new 2021 Toyota Sienna, I audibly laughed. Glancing up at the screen, I almost failed to recognize that the sleek, sporty hybrid design was the same kind of minivan as the one that sits outside my parent’s house.

The campaign revolves around the reimagined concept of the “Sienna Life”. The commercials feature moments like a couple driving uptown and a group of friends recovering from a camping trip to bear country.

While my use of my family’s minivan is normally not as glamorous or adventurous, the campaign’s message to live the “‘Sienna Life’ to the fullest, across a wide range of life stages and activities” still resonates with me.

My parents begrudgingly purchased our used Toyota Sienna LE in 2009 when the birth of my younger brother increased our family to a size of five. While they were hesitant to embrace the minivan in all its white, bulky glory, it quickly became inseparable from our everyday lives.

With over 154,000 miles and counting, our Sienna is more than just a car. It has collected various landmarks over the years and remains an unchanging comfort that I am consistently growing alongside.

My elementary and middle school days are filled with memories of the typical hustle and bustle of carpools to various sports, music lessons and activities. It is likely more miles came from the daily back and forth than the hundreds of miles racked up on long, strictly no-devices road trips up and down the east coast.

Our Sienna has versatility beyond providing a method of transport from one location to the next. In the thousands of hours spent there, the backseat has acted as everything from a dining area for hurried meals in between extracurriculars to a recreational space for time-consuming games and bonding activities.

Despite having two other cars, I undertook the terrifying task of learning to drive and parallel park in the minivan. Whenever I made a questionable move, my mom would vocally express her fears while my dad would silently grasp the overhead handles.

My younger siblings were even less subtle with their criticisms. After being given a dirty look from a woman in another car for my less than perfect performance on the road, my younger brother glared back at her through his window. He proudly recounted my error and this story to me and my sister who — without hesitation — seconded his insinuation that I was a bad driver.

As I grew more comfortable driving, my dad began to reference the Sienna as “Rayna’s car.” Every time I heard the phrase, I could not help but smile. Having a beat-up, over-decade-old minivan introduced as their car is not typically a mark of pride for teenagers learning to drive. However, for me, it was.

After officially being promoted to the driver’s seat from the back when I passed my driver’s test, I began contributing more to the pickup and dropoff load. I drove my Sienna with my sister to school and swim practices, and took my brother to soccer. While doing the driving meant I could no longer multitask, taking on this little responsibility gave me a newfound appreciation for all of the times before.

When the time came to drive down to Champaign for college move-in day, my parents and I chose to take my Sienna without a second thought. Seeing the contents of my dorm packed into the trunk and the backseat where I used to sit so often, I could not help but feel nostalgic. As I readied myself to take a big leap into yet another new stage of my life, I found comfort in this reliable and unchanging vehicle.

In each mile, my Sienna stores moments both big and small. While the commercial I saw on the television was not able to capture all of the experiences packed into each individual car, the message remains. The creators of “The Sienna Life” campaign hoped it would encourage “viewers to discover a new appreciation for life’s special moments, no matter how large or small.” I say they succeeded.