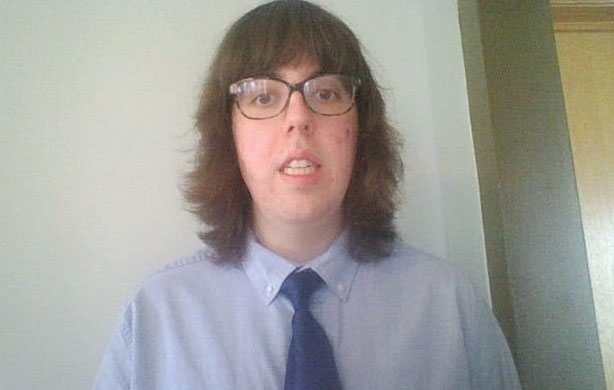 Senior Jacopo DeMarinis campaigns for the Black Power Act in fixing inequities in ownership of land and farming within the Chicago Peace Action RSO.

Jacopo DeMarinis, president, secretary and co-founder of the Chicago Area Peace Action RSO, found his calling on campus during his freshman year of college.

“I noticed when I first came to UIUC to tour the school, there were some students who were handing out petitions and were petitioning for a political class, and ever since then it really struck an impression on me,” DeMarinis said. “I realized that there was some real interest among the student body here in getting involved in political and justice related causes.”

DeMarinis is a senior at the University, majoring in agricultural and consumer economics with a concentration on public policy and law in the college of ACES. DeMarinis described his involvement in the Chicago Area Peace Action as “a diverse coalition of students dedicated to justice; peace through justice and justice through peace building.”

“We are nonpartisan,” DeMarinis said. “We welcome people of all political ideologies as long as they fundamentally believe in our values of justice, equity and peace building.”

DeMarinis said the RSO is currently working on the Black Power Act, a campaign that would transfer money and land from current farmers to current or prospective Black farmers.

DeMarinis said the campaign would work to correct the historical inequities in farming and land ownership in the United States to build wealth for Black citizens who have been deprived from that opportunity. Another campaign targets the goal of peace building in Chicago by investing in underserved communities, promoting restorative justice, peace education programs and truth and reconciliation to bring all of Chicago’s communities together.

Regarding previous campaigns, DeMarinis discussed the Clean Energy Jobs Act, a kind of Green New Deal that works to put Illinois on a path toward clean energy jobs with a clean energy economy. DeMarinis met with a couple Illinois senators and the President of the Cook County Board of Commissioners, Toni Preckwinkle.

“That bill was really focused on a lot of environmental justice, so improving job opportunities, communities of color and low-income communities,” DeMarinis said. “And also making sure that those who worked in fossil fuel jobs are compensated because they’ll be losing those jobs due to the shifts in energy.”

DeMarinis also said one goal of the RSO is to vocalize their ideas to other environmental groups on campus to declare the importance of fossil fuel divestment and climate justice among the student population.

Another primary goal as determined by DeMarinis is “spreading awareness of peace building and how to bring people together, people of different ethnicities, different sources of socioeconomic backgrounds and different political beliefs together.”

“If people don’t have previous experience and activism, that’s OK,” DeMarinis said. “As long as they are passionate about what they are doing. And besides that, we know how to have fun. We’re like a family!”