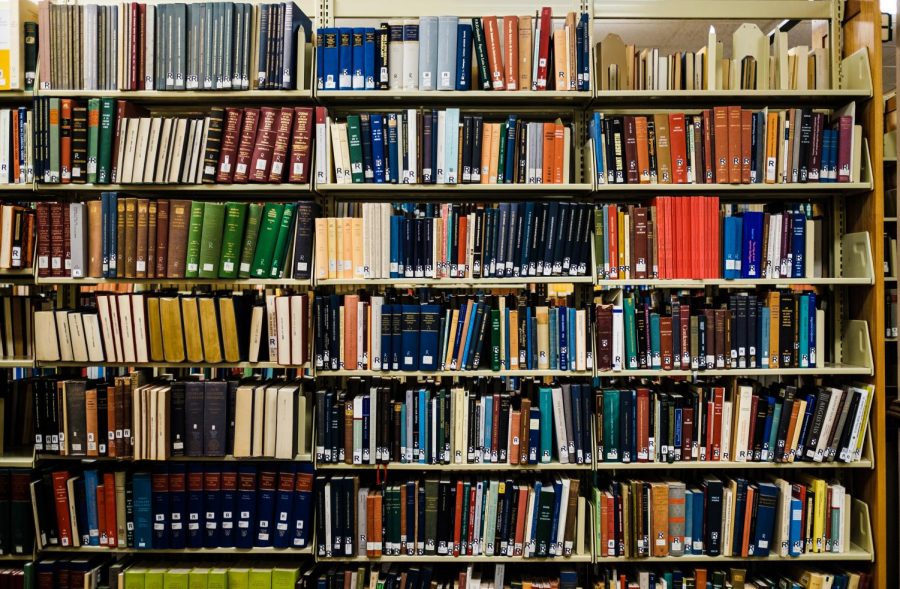 Books sit on the shelves at the Literatures and Languages Library on Tuesday. The University currently holds the title of having the second-largest research library in terms of volume and is home to the second-largest book collection in America, with over 13 million books, manuscripts and papers.

The University is currently standing among the largest research libraries in terms of volume, ranking at number two. The Association of Research Libraries defines volumes as “single physical unit of any printed, typewritten, handwritten, mimeographed or processed work, distinguished from other units by a separate binding, encasement, portfolio or other clear distinction, which has been cataloged, classified and made ready for use.”

While microform, maps and “electronic serials and other virtual serial volumes” are excluded from the volume count, e-book units are still included.

The University is also home to the second-largest book collection in America, with over 13 million books, manuscripts and papers.

“We have pretty great libraries, even if you don’t consider the obviously large number of books we have,” Dugar said. “I spend 10-12 hours a week at the libraries, and one of (the) most amazing things is that you can sit in almost complete, undisturbed silence while surrounded by tons of other students.”

Dugar said that more often than not, he runs into people taking the same course and ends up studying with them.

Dugar said that while  it’s great we’re the second biggest school in terms of libraries, it doesn’t always make a difference where it should.

“The books aren’t the only defining factor, for me at least, he said. “I’ve used a couple of books during the time that I have spent at the libraries, but I’m usually just there to take the computer-based tests, or study. We have tons of material on the internet, so obviously, I would use that. It’s great that we have such a large library, but it doesn’t always make a difference to everyone.”

Siddharth Kandimalla, sophomore in Engineering, spends a lot of time at the Undergraduate Library and Grainger Engineering Library.

“On a general week, when I don’t have a huge amount of work and/or midterms, I spend around 10 hours a week, which can also increase when I do have midterms,” Kandimala said. “The libraries are pretty good places to study for me because it just has (the) right kind of atmosphere for me, Espresso Royale’s got some good coffee that keeps me going, got hundreds of reference books if I ever need it and, most importantly, I’m surrounded by other students who are also just trying to study — it helps me stay focused.”

Kandimalla said he hasn’t used the books available at libraries too much yet, but he only believes that’s because he hasn’t reached the harder and more intensive part of his major yet.

As opposed to his freshman year, when he used to spend more than 20 hours at the library because he didn’t like studying in the closed quarters of his dorm, not too much has changed for him.

In terms of titles held, the University comes in at number seven. The ARL’s definition of title as of 2004 is: “The designation of a separate bibliographic whole, whether issued in one or several volumes. Titles are defined according to the Anglo-American Cataloguing Rules. A book or serial title may be distinguished from other titles by its unique International Standard Book Number or International Standard Serial Number.”

For example, multiple copies of the same work, like subscriptions to the same publication, are counted as a single title; however, a serial title available in multiple formats, such as print and online, is counted only once for each available format.

The way universities often determine their ranking on a national and international level has tons of factors, ranging from campus infrastructure to our libraries. However, when it comes to research, one of the biggest determining factors is the amount of progress is made. As a result, every university is constantly hiring new scholars to further research and improve standing.

Rohan Ramani, sophomore in AHS, thinks that improving our rank as a research school can have some negative effects as well.

“To improve our ranking, the school will hire scholars,” Ramani said. “Naturally, they still have to work for the University itself to get paid and everything, so they take up teaching positions. So now we have an increasing number of professors who aren’t that focused on teaching because they’re focused on the research, which obviously affects us and what we’re learning.”

Ramani said that if maintaining our position as a tier-one university in terms of research can cut into the quality of what we’re learning, what does it cost to have some of the best libraries in the country, and if there is a trade-off, what does it cost?