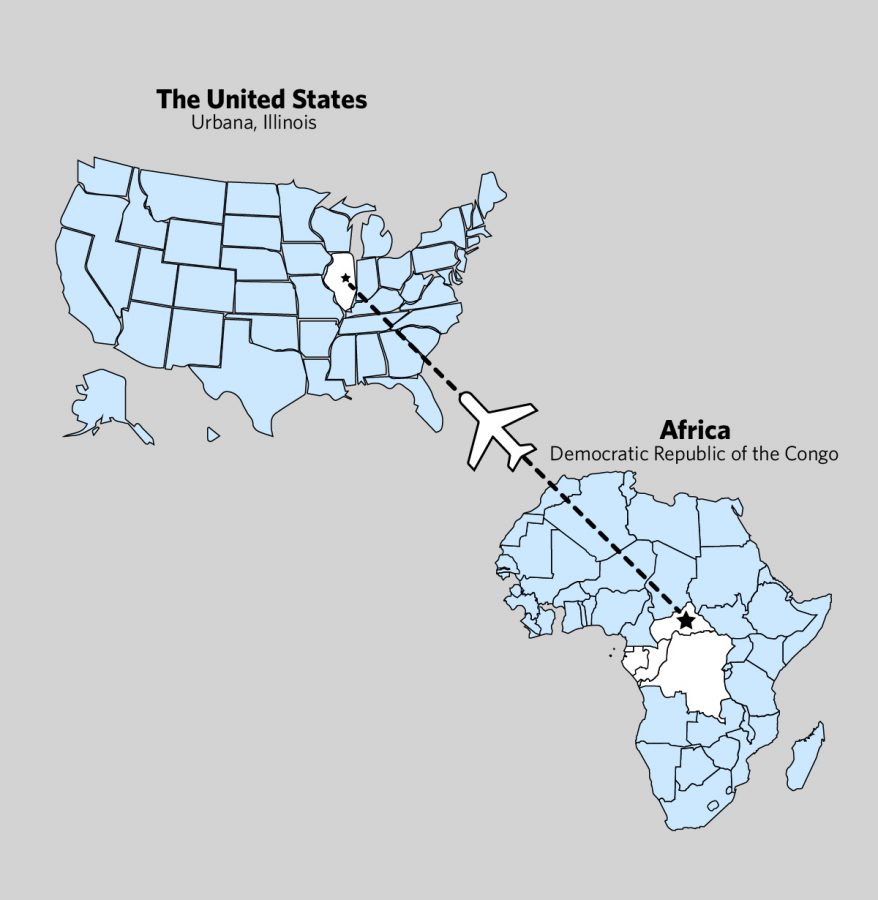 The bell at Yankee Ridge Elementary School in Urbana, Illinois, rings at 8:10 am. The day begins just like any other elementary school in the United States. But at Yankee Ridge, there is one thing that sets these students apart.

Half of their school day is taught in French.

For the past two years, Yankee Ridge has implemented a dual language program in its kindergarten, first and second-grade classrooms. Students begin their day learning and speaking in English. Halfway through the day, they continue their curriculum in French.

Guadalupe Ricconi is the director of Bilingual Programs at Yankee Ridge.

“A large part of my role as director of the program is to advocate for the students and for the families,” she said.

Ricconi is referring to the families who have immigrated to Urbana from the Congo. The language of administration and education in the Congo is predominantly French. However, in the streets and homes of Congolese families, most people speak Lingala.

With the influx of Congolese immigrants to Urbana, Yankee Ridge implemented its current dual language program to meet the needs of French-speaking families.

Brian Anderson, principal at Yankee Ridge, has witnessed the impact of the program on the school community.

“The culture is much more rich,” Anderson said. “It adds a dynamic and a layer that we can all benefit from and learn from.”

“Their first language is French, so when they come here, they need help,” Bumba said.

Bumba herself is an immigrant from the Congo, so she relates to these families on a personal level.

“I came here because of the war,” Bumba said. “A lot of people travel and emigrate because they have to.”

The Congolese Civil War was the initial catalyst for just five Congolese families to seek refuge in Urbana 20 years ago. The Refugee Center that serves the C-U community is what initially drew the first few Congolese immigrants to the area, including Bumba and her family.

Some of the factors that continue to draw migrants from the Congo are opportunities for employment in manufacturing and an established church community.

Although many Congolese people are employed as manufacturers in the Champaign-Urbana community, they led very different lives beforehand.

“A lot of immigrants, especially in our Congolese population, are very educated,” Ricconi said.

Daddy Balawe, current Urbana resident, immigrated to the United States just four years ago from the Congo where he worked as a photographer and videographer.

Balawe and his family moved to Urbana with the help of his brother-in-law who had come to the United States two years prior.

“It was easy for us to come to Urbana because he prepared everything for us,” Balawe said. “We have somewhere to learn and somewhere to start a new life in the U.S.”

However, other parts of the transition were not so easy.

“I came here without a job, without anything, without English,” Balawe said. “So it was really hard for me, but I have to make it for my family.”

Balawe has three sons and one daughter who are enrolled in the Yankee Ridge dual-language program. Although the dual language program is a draw for many families, Balawe was hesitant to enroll his children at first, fearing it would add unnecessary pressure.

“I was a little scared when I heard about the program because, personally, I didn’t want to put trouble in my kids’ minds,” he said.

However, Balawe now feels appreciative that this program has allowed his children to embrace their language and culture.

“For me, it’s nice to see my boys and my daughter translate something from English to French and sometimes from French to English,” he said. “It’s nice for me.”