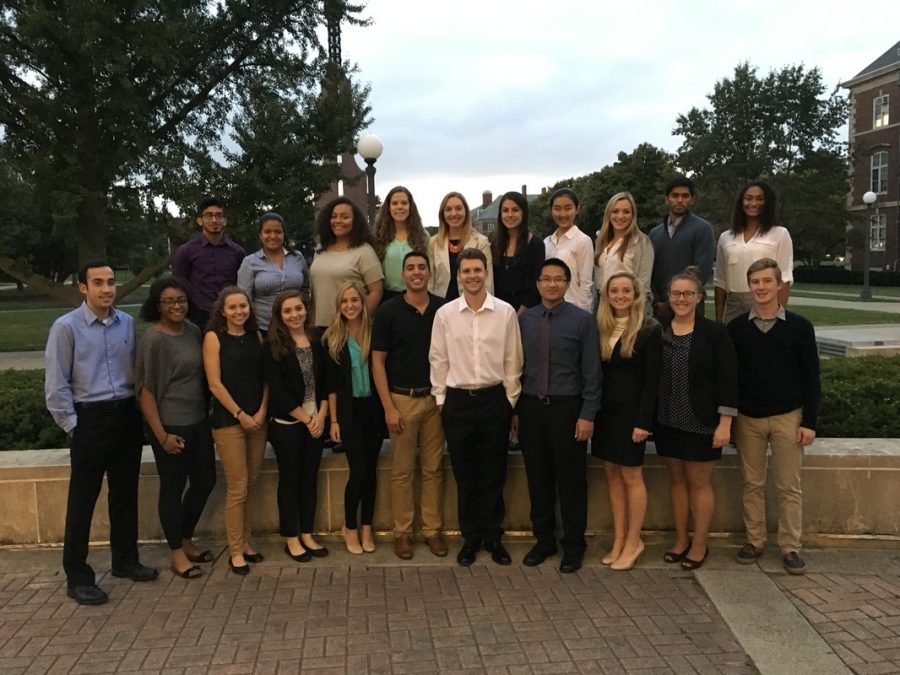 The Pre-Law Honors Society at the University has been active since 2009, dedicating itself to assisting students on their path to a possible future in law. Offering mentorship, Q and A panels with various professionals in the field, as well as resources for studying, the RSO aims to prepare their members for their applications to law schools.

Caitlin Bradford, senior in LAS, is the current vice president of the Pre-Law Honors Society. Bradford shares the club is meant to be a valuable resource for members.

“We’re just creating a community where people can talk to one another and start networking, start building future career relationships,” Bradford said. “It’s a lot of work and a lot of time you have to put in as an undergrad to go on this path.”

One of the most critical aspects of law school applicants is their law school admissions test score. The RSO is able to provide students with study groups, advice and discounts on classes and prep materials. Peggy Kern, senior in LAS, is the president of the pre-law honor society and shares that the people she met from the RSO were able to help her in studying for the LSAT.

“I was able to make friends and form an LSAT study group, and the four of us would study together, and that was one of the most helpful things when I was studying for the LSAT,” Kern said. “When you teach people something you retain that knowledge better, so the four of us studying together and meeting a couple of times a week did so much for my LSAT score.”

Kern has finished applying for law schools and has found the club offered a support system she was not able to find in other places.

“The application process is very, very stressful and studying for the LSAT is very difficult,” Bradford said. “I put in a solid eight months of studying. If you can meet people who are going through the same thing as you, it’s very stress relieving because if you complain to people who don’t understand the process, it’s not as stress-relieving.”

Members range in all different ages, the youngest being second-semester freshmen as the club requires a 3.4 GPA requirement that first semester freshmen do not have. The various ages allow members to get unfiltered and unbiased advice from members who are in the midst or have finished their applications to law school. Bradford share many of the younger members utilize older members as resources.

“The younger members I’ve met, they are really driven, ask a ton of questions and they really want to get to know executives, and they ask me about how my applications are going and where I’ve gotten into school so far,” Kern said. “As an (executive) member, it’s really cool to see that there are young kids who are interested and you can act as a mentor for them.”

Accommodating students with busy schedules, the club hosts events about once every two weeks and requires members attend a minimum of three events a semester. Events include executive board panels in which members can ask questions, discussions with professionals such as legal advisers and judges, as well as social events to help students network.

Bradford believes this allows members to utilize the club as much or as little as they want.

“What you put into it is what you get out of it,” Bradford said. “You can access every single event that we offer or you can only go to a handful a semester.”

Former members of the club attend various law schools other than the University across the Midwest including Northwestern, Loyola and the University of Wisconsin-Madison.

Pre-professional RSOs aim to help students on their path to education past a bachelor’s degree. A significant portion of undergraduates across the country decide to continue their education. The National Bureau of Labor Statistics found in data from 2018 one in five recent bachelor degree recipients aged 20 – 29 were enrolled in school. This is true for the club’s 102 members considering or applying to law school.

Bradford shares this RSO offers intimacy and immediateness unique from other clubs.

“We’re really dedicated, and we really try to be accessible to our members,” Bradford said. “I don’t think I’ve ever experienced that in other clubs that I’ve been a part or had exposure to.”