From plants to energy: Sustainability RSO makes biodiesel out of soybeans 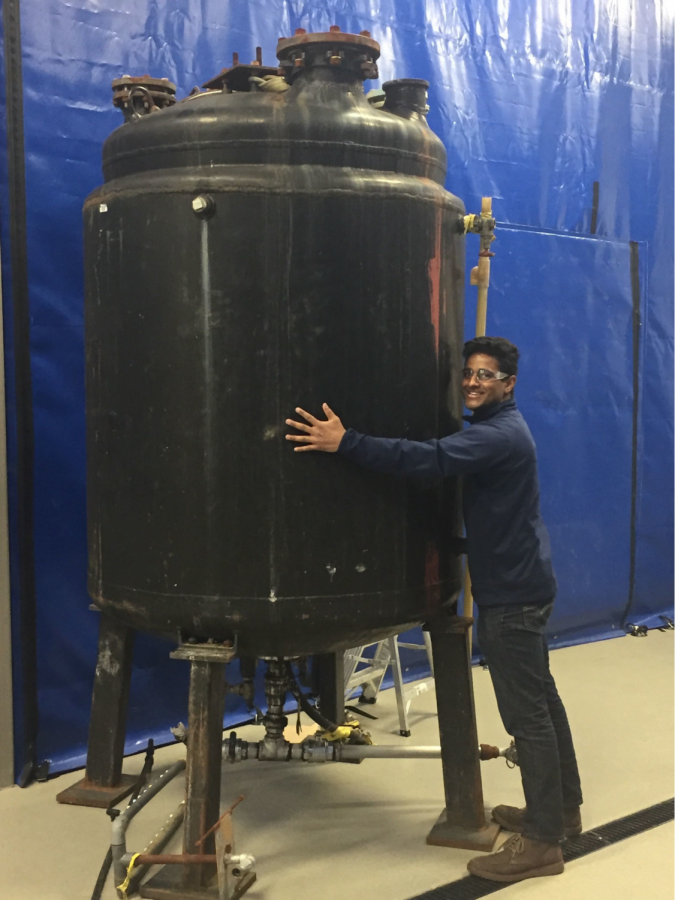 The turn of the new decade has caused many professionals and activists to recommit to solving climate change, including the Illinois Biodiesel Initiative, an RSO that promotes sustainability on campus.

IBI collects soybean oil from the Ikenberry Dining Hall and converts it to biodiesel fuel and soap. Members of the RSO utilize the Integrated Bio-Processed Research Lab on the South Quad to process the waste. Inside sits a 50-gallon batch processor that allows the team to process around 300 gallons of fuel per week.

Parker Brand is the president of IBI. He joined because he was intrigued by the production-focused group that was fixated on the environment.

“It was an organization that was actually doing real-life work on a process that I was interested in,” Brand said.

A student organization like IBI still requires additional help and resources from the University and others to remain productive. However, Brand hopes the organization can become more independent in the future.

“We aim to become self-sustaining in the hopes of not having to ask for grant money; in addition, we would like to recruit more members, while ultimately creating the resources for transportation,” Brand said.

An IBRL truck makes a half-mile drive to Ikenberry to pick up barrels of the leftover cooking oil from Ikenberry. Once at the lab, the team goes through pre-processing, processing and purification of the soon-to- be biodiesel.

Since last summer, IBI has been in the midst of a major rehaul. The former 50-gallon batch processor is being upgraded to a 500-gallon processor. Over the past two semesters, the team has only picked up twice from Ikenberry strictly for testing purposes on the new processor. The project is expected to be completed this fall.

One of the unique qualities of the RSO is the diversity of the work. IBI includes a production, soap and quality control team with other executive positions as well.

“I’ve moved the team more towards administrative stuff as the club has gotten going,” Brand said. “That’s a good thing in that I’m able to delegate more as people gain more experience.”

Emily Ford is the treasurer for IBI, and is less involved with the technical details of the processing. Instead she plans recruitment events and covers the processing of grants for the organization.

“We’re hoping to make the community even more environmentally friendly while we also hope to educate students about sustainability,” Ford said.

Since spring 2006, the biodiesel fuel created in the lab has been used by campus vehicles and facilities and services. The organization sells the biodiesel to University Garage and Carpool Services that maintains its fueling station for University vehicles. While pricing hasn’t officially been determined due to construction on the lab, Brand said they hope to sell at around market price, 85 cents per gallon.

The organization also creates a soap out of the fuel they sell using the byproduct of the produced biodiesel and soybean oil.

“We would like to sell our soap on campus, such as on the Main Quad, markets or other boutiques, but we want to do this safely so we can grow and be financially self-sustaining,” Ford said.

Angel Montero, junior in Engineering, joined IBI as a freshman, eventually joining the executive board as secretary. Montero got hands-on experience because of his early involvement.

“During my freshman year, I was learning about the process and got to do a few batch reactions, too,” Montero said.

As secretary, Montero is responsible for recruiting new members to the organization at events like Quad Day as well as Engineering Open House. This past semester, Montero received over 100 names at Quad Day; however, retention is difficult due to a large amount of sustainability-driven organizations on campus.

Montero is working to increase the organization’s retention rate by marketing the club’s opportunity for early, real-world experience, something he says makes IBI unique.

“The students who are in this organization get to be a part of that installation process as well as knowing, well, how do we order the parts and additional information that we need to take care of,” Montero said.