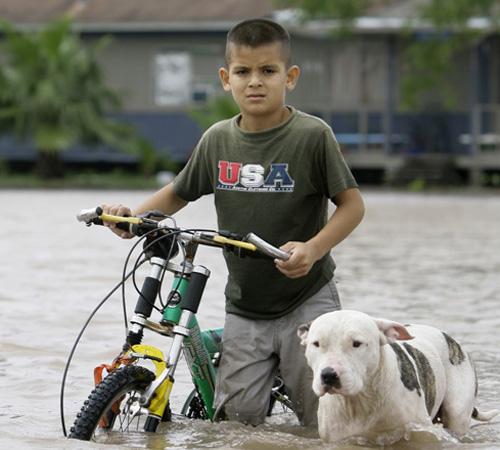 HARLINGEN, Texas – Residents across south Texas slogged through knee-deep muddy waters, tiptoed around downed power lines and dug through debris Thursday, but were thankful that Hurricane Dolly didn’t pack the wallop they had feared.

Downed power lines remained the greatest danger, and south Texas officials urged people to stay home one more day “unless it’s life or death.” One person in Matamoros, Mexico, died from electrocution after walking past a power line on the ground.

Residents picked up the pieces of their houses and businesses blown apart by the storm. But as dry skies spread over the region, they were struck by relief that the storm didn’t take many lives. Even so, there will be substantial cleanup: President Bush declared 15 counties in South Texas a disaster area to release federal funding to them, and insurance estimators put the losses at $750 million.

By Thursday afternoon, with the storm’s maximum sustained winds blowing around 35 mph, forecasters downgraded Dolly to a tropical depression. The storm was expected to break up by Friday, and was centered about 35 miles south of Eagle Pass at 4 p.m.