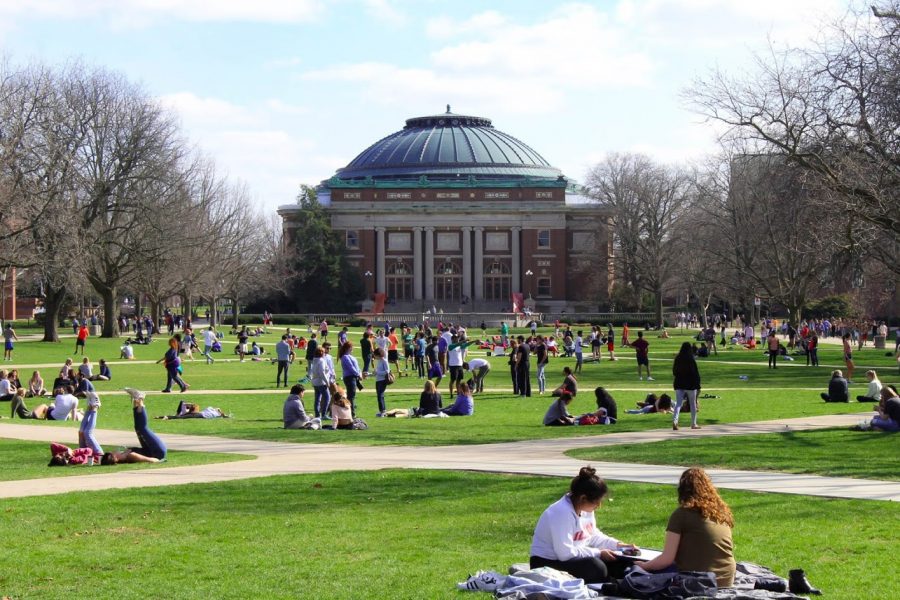 On June 11, former professor Joseph Petry filed a 7.9 million dollar lawsuit against the University. The lawsuit aims to compensate Petry on damage following a breach-of-contract of his resignation agreement with the University back in 2019.

In the fall semester of 2018, allegations of sexual harassment were made against Petry by former student Sundas Naqvi. Almost immediately following the accusation, the University was in question of whether or not the accusations were credible.

A few days after the agreement plan was executed, the University Counsel’s office urged Petry to renegotiate citing pressure “from above.” After Petry did not agree to adopt a new negotiation, the University hired a Chicago attorney to proceed with investigation into Petry’s private life.

In May 2019 Petry admitted to sharing photos and having a social relationship with the former student but insisted their interactions were consensual.

In addition Petry denied allegations of blackmail claiming that he would improve Naqvi’s grade in exchange for “sexual favors”.

The University declined to provide comment on the announcement of the lawsuit.

“The practice of the University is not to comment on pending litigation,” said Tom Hardy, Executive Director of the Office for University Relations.

“The University is likely facing difficulty trying to deny the undeniable — that it breached its agreement with Professor Petry,” Thies said.

According to Thies, the damage for the breach will include at a minimum the loss of employment opportunities and severe emotional distress.

“Because the University’s breach has prevented Professor Petry from obtaining alternative employment (now and in the future), he is entitled to the compensation and benefits he would have been able to obtain for the remainder of his career,” Thies said. “He is also entitled to remuneration for the pain and suffering caused by the deliberate and avoidable actions taken by the University.”

In the Bill of Particulars detailed in the press release from Webber & Thies, the claimed damages for Petry amount to a total of $7,894,191. This includes $5,254,145 in wages lost for future years of employment anticipated at the University, an additional $2 million in emotional distress as well as attorney’s fees and annual tax deduction.

According to the press release, Petry said he was the target of blackmail by his accuser and a “double cross” by decision makers at the University.

“It pains me to sue my alma mater, an institution with which I’ve been associated as a faculty member for 18 years,” Petry said in the press release. “I am far from a perfect individual, but this does not justify the University’s utter disregard for its contractual obligations, and the ‘guilty until proven innocent’ approach taken against me.”

The University has yet to comment on the lawsuit.