Opinion | Bo Burnham is inside; so are we 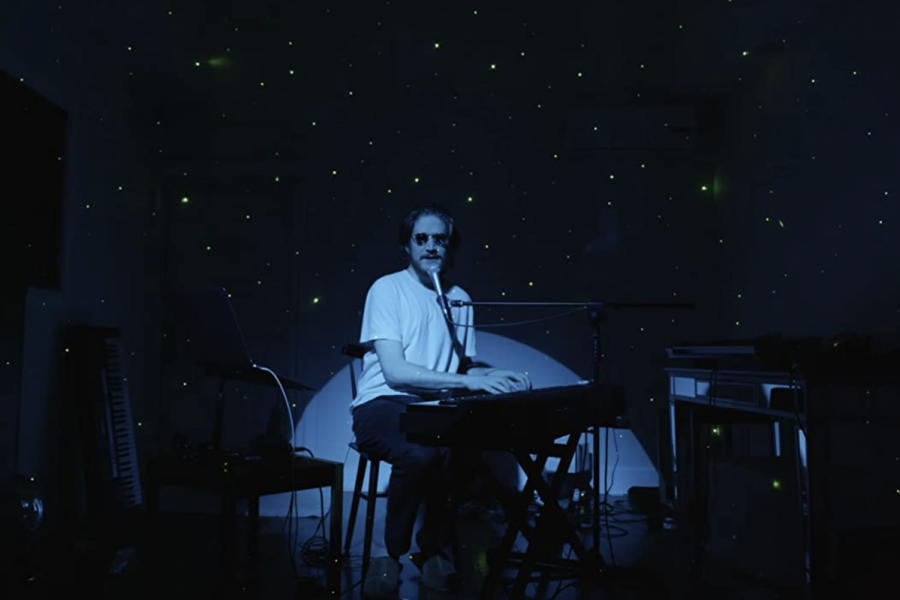 Bo Burnham’s latest special, “Inside,” released May 30 on Netflix to immediate acclaim. Rave reviews poured in from prestigious outlets such as the New York Times, the Washington Post and individual audience reviews posted semi-anonymously online. The special is now nominated for six Emmys for a variety program, writing, directing, editing, original music and music direction.

The simple premise of the piece is that Mr. Burnham wrote, composed, filmed, directed and edited the entire special by himself in a single room of his house over upwards of a full year during this past COVID-19 pandemic. Just attempting the herculean task is awe-inspiring in its own right regardless of the outcome. But, then again, no one would be talking about the special if he failed — if he came up short. Would we?

In a roundabout way, “Inside” cannot be removed from the other works from Burnham’s past, for “Inside” is but another link in the extended, unified narrative career.

Burnham’s earlier work — his specials, stand-up albums, movie and TV show — all deal with the concept of performance. Performance, not in the sense that Burnham is physically and literally performing material in each piece, but performance amongst ourselves — the augmenting of behavior, speech and appearance to suit whatever context in which we find ourselves.

Bo Burnham’s short-lived 2013 MTV show followed a fictitious 18-year-old pursuing his dream of being famous while paying a camera crew to film his every move. No real job — just being famous, being seen by the world and having people know his name. His character performs to an ever-present camera and desperately yearned-for audience of adoring fans.

“Eighth Grade” was the 2018 hit written and directed by Burnham following a 13-year-old girl coping with social media landscapes and attempting to preserve an unaltered, less performative identity. The main character of this movie performs a reluctantly inauthentic self to her classmates and online profiles.

Burhan rose to stardom at the very young age of 16 due to the success of his comedy song YouTube videos in the early years of the platform. He speaks to the inherent problem with hitting fame so young in the comedy world. When the major appeal of stand-up is the relatability of finding absurdisms in everyday life, Burnham is conventionally extremely unrelatable as all he knows is performing stand-up.

That is the paradox. The man brings it up in every interview he does. All his media — specials, film, television — deal specifically with performance, as that is essentially all he knows. I contend Burnham’s success is partially due to audiences empathizing with his constant performance.

The song “art is dead.” from Burnham’s first comedy special “Words, Words, Words” begins with a confession: “This next song is not funny at all but it helps me sleep at night.” The 20-year-old performer uses the remainder of the song as a mea culpa.

“Art is dead/ So people think you’re funny, how do you get those people’s money?/ The show has got a budget/And all the poor people way more deserving of the money/ Won’t budge it/ ‘Cause I wanted my name in lights/ When I could have fed a family of four/ For forty f—— fortnights/ Forty f—— fortnights.

“I am an artist, please God forgive me/ A self-centered artist/ Self-obsessed artist/ I am an artist/ But I’m just a kid/ And maybe I’ll grow out of it”

Burnham has spoken before on his on-stage personal being a fictionalized more narcissistic version of himself. Unfortunately, all this performance took a physical toll on the comedian as he stopped live shows in 2015 after consistent panic attacks on stage.

All of this taken together synthesizes to what I consider to be Burnham’s ideology on performance: 1) that we, in the internet age, are compulsed to perform — at the very least to our personal phone’s camera; 2) that this type of performance breeds self-deprecation, anxiety, general unhappiness, unfulfillment and narcissism; and 3) that those who rise to the top echelons of popularity are  inherently undeserving of the attention they receive.

Knowing all of the above, I stayed up until 2 a.m. on May 30 for Bo Burnham’s “Inside” to release. It was immaculate. The piece hit hard at points one and two and swung for the fences, focusing primarily on the parasocial relationship between the individual compelled to perform, the performative reflection captured by a camera, and the camera itself.

I have no intent to spoil the special, but I must say it is not a straightforward comedy special as some may be accustomed to. It is half comedy, half drama-documentary. And to say the least of the matter, Burnham deserves every last one of those Emmys. Nevertheless, “Inside” remains my one non-negotiable, absolutely necessary watch post-pandemic. Come for the comedy, stay for the message.

If you are interested in Bo Burnham, check out his other works on Netflix: “What” and “Make Happy.”

Sam is a senior in LAS.