Opinion | What Kobe Bryant meant to the black community 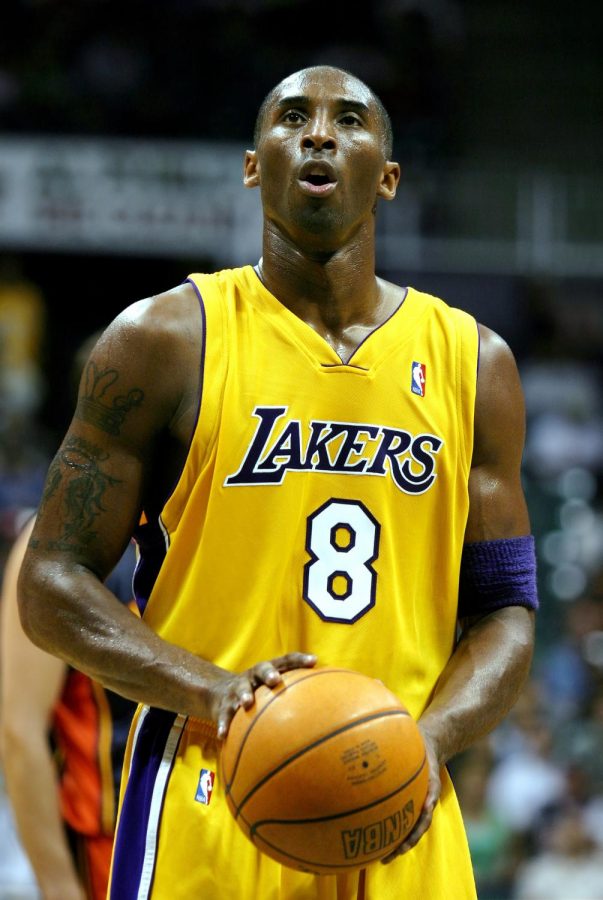 Kobe Bryant shooting at the free throw line during a pre-season NBA game in 2005.

As we enter Black History Month, we must remember black athletes, male and female, for their contributions to our culture. Muhammad Ali, Jim Brown and tennis legend Althea Gibson are often revered as trailblazers in their respective sports and as some of many forebearers of the Civil Rights movement. These heroes sparked the generational “black athlete:” someone who is so dominant in their sport that they ultimately become a global symbol while remaining closely tied to their community. Prime examples include LeBron James, Colin Kaepernick, Venus Williams and, in my opinion, the late Kobe Bean Bryant.

Now this inclusion of Bryant may surprise some people. Many commentators in both the sports and African American community have often questioned the Lakers legend’s “blackness.” Jim Brown, in a December 2013 interview with Arsenio Hall, stated that “he’s somewhat confused about our culture. Because he was brought up in another country … If I had to invite people to that [black athlete] summit all over, said Brown, referring to a summit held in the early ’70s regarding Muhammed Ali’s refusal to fight in the Vietnam War, “there’d be some athletes I wouldn’t call. He’d be one of them.” Bryant, still with the Lakers at that time, tweeted out a response to the Cleveland Browns icon saying, “A ‘Global’ African American is an inferior shade to ‘American’ African Americans?? #hmm.. that doesn’t sound very #Mandela or #DrKing, sir.”

This has, and continues to be, a contentious debate in the African American community over what constitutes being an “authentic African American.” Bryant’s upbringing was, in many ways, the antithesis to what some would consider the “black experience.” He grew up with considerable privilege: a two-parent household, traveled the world at a young age while living a relatively comfortable lifestyle and would later marry his now-widow Vanessa Bryant, who is of Mexican descent. Contrast that with the day-to-day struggles of many urban communities in the United States where poverty, gangs, drugs and corrupt police seem to rule the day and you can see where the conflict lies.

However, I feel that occasionally we use a litmus test on our people to see how “black” they are, yet not every African American has the same experience and “blackness” can’t be quantified nor defined by insignificant and irrelevant metrics. Kobe did not need to grow up in abject poverty to understand how difficult it is to be a black man in America. In an interview before his death with CNN’s Andy Scholes, Bryant recalls facing racism as a little boy while playing football in Italy. And we must not forget how Bryant was portrayed during his infamous rape case from 2003 that was eventually dismissed. A rich and famous black ballplayer took advantage of an innocent white girl. This instance was a perfect example of how our media and society are quick to portray black men as villainous heathens whenever we are accused of anything. If people thought he had no clue what it’s like being black in America, this incident made clear they were wrong.

Kobe Bryant’s contribution to sport lies in black culture. It would be hard to find me a black male or female of my generation, who didn’t play basketball and yelled ‘Kobe’ when we took a jump shot. It was more than his talents. His “mamba mentality” exceeded sport. It meant regardless of what field you were in, you too could achieve greatness. That positive reinforcement, which is sometimes nonexistent in parts of our culture, was a welcome reality. For having the strength to not just escape your conditions, but also to make people around you better was a mindset many of us who are black and grew up in poverty could aspire toward. Was he as outspoken as fellow basketball compatriot LeBron James? No. He didn’t need to be. Kobe Bryant was a symbol of greatness for many of us who were privileged enough to watch him play. More importantly, he also represented what we as African Americans could become.

Dennis is a junior in LAS.