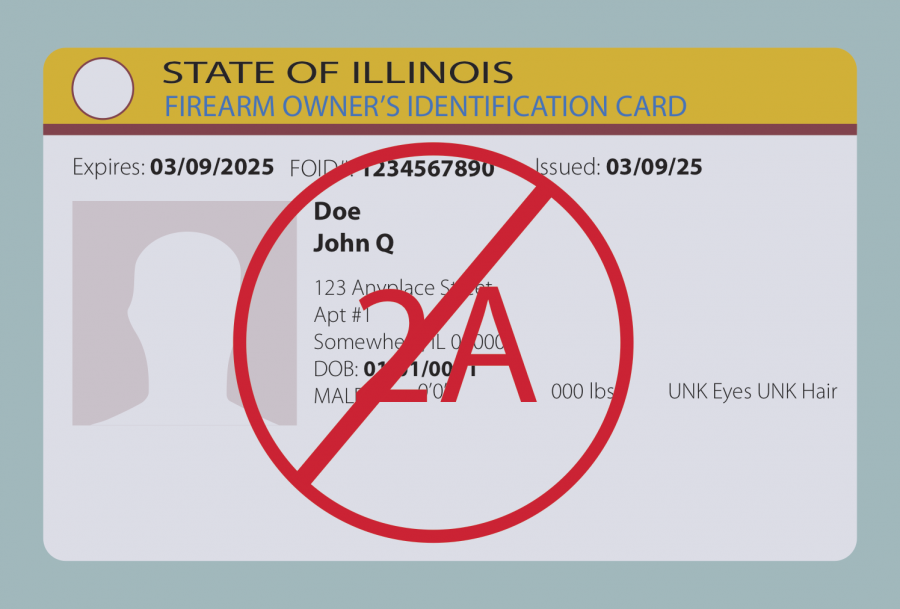 Gun laws in Illinois are among the worst of any state in the country. The arbitrary regulations in place are unconstitutional and do more to infringe upon the rights of law-abiding citizens than stop criminals.

The Second Amendment guarantees the right that “a well-regulated militia, being necessary to the security of a free State, the right of the people to keep and bear arms, will not be infringed.”

This integral liberty to self-protection was guaranteed as a check against a future threat of tyranny. The Founding Fathers knew better than anyone the impact an armed populace could have, especially after defeating Britain and declaring independence the nation now enjoys.

Though the Bill of Rights had yet been drafted at the time, Alexander Hamilton argued for a militia comprised of the people in Federalist No. 29. He believed a militia of the people was the best means for protecting liberty from a potentially oppressive government.

“A large body of citizens … who stand ready to defend their own rights and those of other citizens,” Federalist No. 29 said. “This appears to me the only substitute that can be devised for a standing army; the best possible security against it, if it should exist.”

Illinois seems to have forgotten the importance of the right to bear arms. Illinois requires residents to obtain a Firearms Owners Identification card issued by the State Police to purchase or possess any ammunition of firearms.

Applicants must be 21 years old unless a legal guardian eligible for a FOID signs an affidavit giving consent, a federal background check is done, the Illinois Department of Human Services database is searched to ensure the applicant has no mental illnesses and several questions are asked.

Applicants must also submit a photo ID and pay a $10 service fee. The Illinois State Police are then required to process the application within 30 days.

There is a reason only three other states have a comparable license to the FOID card. It’s unconstitutional and rather silly.

Note the FOID has no age minimum. With parental consent, a toddler could apply and receive a FOID.

What criminal is going to go through the process of obtaining a FOID card, paying the fee and waiting the processing time before obtaining a firearm? None. It’s a thinly veiled, arbitrary infringement on law-abiding citizens’ rights.

Imagine if you had to pay a $10 fee every time you wanted to exercise your freedom of speech. Or maybe getting a license to choose not to consent to unwarranted searches and seizures. Constitutional law does not become void when laws, such as requiring a FOID card, conflict with it.

Rightly, the constitutionality of the FOID card is being challenged in the court system. Currently pending in the Illinois Supreme Court is the case, The People of the State of Illinois v. Brown.

The -Circuit Court of White County, from which the case was appealed, held the Illinois FOID card requirement for possessing a firearm in a home for self-defense unconstitutional for the case of the defendant.

The rationale of the Court referenced the Second and Fourteenth Amendments. McDonald v. City of Chicago (2010) was cited as precedent, as the “Second Amendment protects the right to keep and bear arms for the purpose of self-defense.”

District of Columbia v. Heller (2008) was also cited because it found “the inherent right of self-defense has been central to the Second Amendment and the home is where the need for defense … is most acute.”

One would be remiss to not recognize the rationale that many of my friends on the left hold for gun control. They fear further gun violence like the numerous tragic mass shootings in our schools and public places. They see restricting firearm access as the only solution to this epidemic.

Combating these acts of evil is a valiant goal, we all agree, but such a solution is inappropriate. Disarming the good guys is not the most effective way to stop the bad ones.

One may refer once again to the wisdom of Hamilton in Federalist No. 29, “Where in the name of common sense are our fears to end if we may not trust our sons, our brothers, our neighbors, our fellow-citizens?”

Illinois should encourage responsible gun ownership and protect the rights of its citizens, and doing away with the FOID card would be a great start.