Opinion | Politicization of everything bears a cost 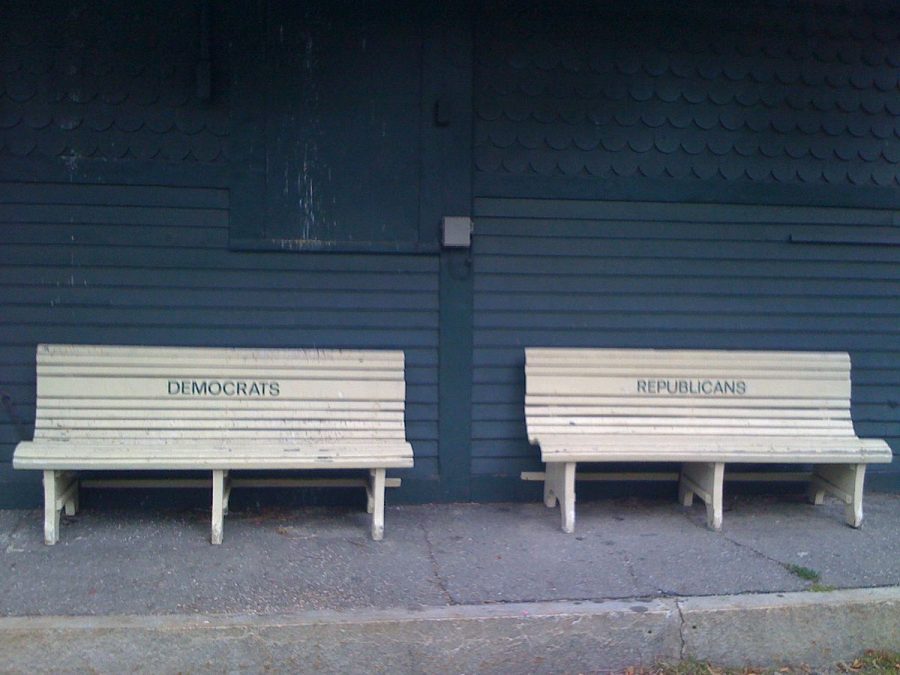 At the MBTA Prides Crossing commuter rail station in Beverly, MA, there are 2 benches on the street side of the former station house. They are marked "Democrats" and "Republicans" respectively and are known as the Republican bench and the Democrat bench. They are a local landmark.

This year I was enamored by artist James Gurney’s landscape paintings on the internet and decided to pick up a brush myself. Limited in settings by the pandemic, I settled on painting the roundabout in front of my home from my porch. Once finished, I shared my work with my neighbor, a sweet elderly woman.

She described the painting with one word: valuable. I bashfully told her I doubt so, my amateur strokes won’t fetch fortunes at Sotheby’s anytime soon. Still she insisted —valuable.

2020 has been an unpleasant year for the United States. The presidential election has taken a backburner to COVID-19 and racial tensions prompted by the death of George Floyd.

The latter has spawned a radical movement demanding the defunding of police and insisting this nation — which since its founding has made massive strides to abide by the self-evident truth that all men are created equal — is systematically racist.

Pay no heed to the 600,000 Americans who gave their lives in the Civil War over slavery, the 13th Amendment, the end of Jim Crow via the Civil Rights Act of 1964, the willingness of the American people to elect their first Black President or the largely unproblematic 375 million annual police interactions.

The aforementioned racism is vaguely institutional, relying on implicit biases that affect a person’s behavior without them even realizing. In short, everyone’s racist without knowing it and the only way to atone is to confess your white privilege at the altar of Black Lives Matter.

Those who agree that “black lives matter” the same as all lives are scorned for refusing to support the radical and self proclaimed Marxist Black Lives Matter movement — an organization calling for wide environmental regulation, nationalized healthcare, gun control and abandonment of nuclear families.

It is convenient how quickly conservatives are painted as racist for condemning racism, police brutality and considering police reform, yet failing to pass a progressive litmus test.

On social media, many virtue-signal by posting black squares, sharing links to bailout funds (a questionable way to deter crime) and posting slogans including “silence is violence” and “all cops are bastards.”

These messages have seethed into every crevice of American life. Nothing is exempt from political discourse in the age of media. Everyone from Gushers to Nike must publicly signal their commitment to progressivism or suffer the woke mob. Pundits who dare exit the Overton window are silenced by Media Matters.

NFL commissioner Roger Goodell reversed his stance on Kaepernick’s kneeling protests, saying the league will look to the man who praised Castro and depicted cops as pigs to “guide us and help us to make better decisions.” It seems kneeling on the field will be the expectation for players this season, not the exception.

What does this all mean? It means we don’t have much of a social fabric anymore. We’ve become too divided upon everything. This nation has already experienced radical political polarization from the clash between these social-Marxist movements and classical liberalism, resulting in an incredibly toxic political discourse. It seems we want that for all areas of life.

This is not how politics are supposed to work. Ultimately, politics are not of importance by themselves. They are essential only in that they provide a crucial framework under which all things that do matter can thrive.

As Krauthammer wrote, “politics is the moat, the walls, beyond which lie the barbarians. Fail to keep them at bay, and everything burns.” If you don’t believe him, look for the thriving people, blooming culture and constant innovation within stalinist North Korea. I’ve yet to find any.

What matters at an NFL game isn’t the politically-charged kneeling, it’s the community and unity surrounding the game. Politicizing everything unnecessarily drives wedges between that community who may disagree politically but find commonality as Americans.

Shred that shared social fabric and nothing good will follow. We’re headed down a dangerous path where Republicans and Democrats will not only have different views, but different sports, stores, media, segregating the nation ad infinitum. That’s how you destroy a country. Politics are important, but they are a distinguishably different type of important from the endeavors people devote themselves to and find joy in.

The painting depicting my roundabout is inconsequential alone but it exemplifies the United States. It’s valuable not because of its material worth, but because the shared human experience it represents fulfills the promises of our nation. The actualization of the American promises of  life, liberty and the pursuit of happiness are what truly matter. There’s a time and place for politics, but it’s not at the football game.