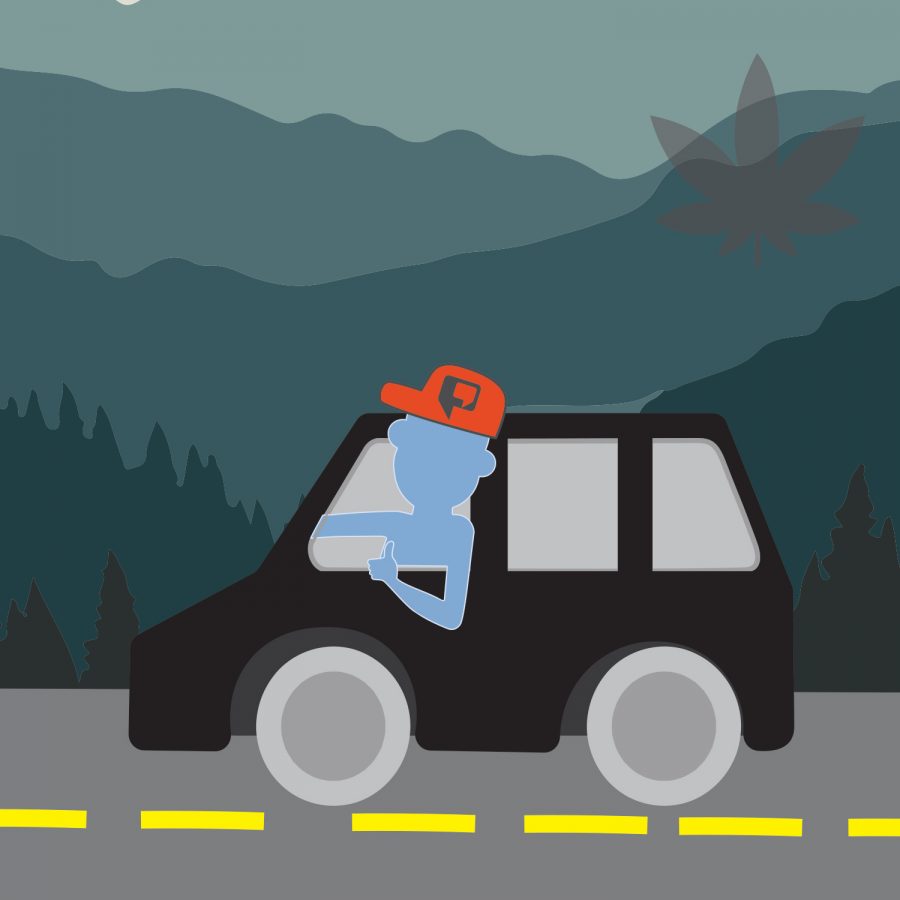 Scout’s journey for the real America endures, and with Wyoming in Scout’s rearview, the South looms as the subsequent selection for adventure. Still, among this nearly 23-hour expedition, Scout craves encounters with bonafide Americans — distant from the “ivory-towers” Illinois harbors.

Truly, it’ll be the working-class diners scattered throughout South Dakota, Missouri and Georgia that provide this yearning spirit. As such, Scout prepares for the slow, yet steadfast ride across various highways as he departs Dick Cheney’s homeland.

Scout soon steps into the virtuous village of Kadoka, South Dakota — located between Rapid City and Sioux Falls. A gas or bathroom stop for some, Kadoka for this thorough reporter embodied the first opportunity to witness the undiscovered American spirit.

It was soon apparent that, for South Dakota, politics is not to be discussed at the dinner table, but the diner booth was open range. Subsequently, Scout approached these fine patrons and — as South Dakota’s marijuana legalization muddle permeated his mind — struck a conversation surrounding marijuana policy: an area South Dakota lacks any progress since its ballot passage.

Scout found that in this South Dakota diner, marijuana is what the kids over by Poplar St. wished their oregano was, not a potential remedy for chronic pain, cancer treatment or opportunity to end the persistent war on drugs.

With these comprehensive, authoritative opinions from these working-class diner regulars, politicians surely should be concerned with the obviously brisk state of marijuana legalization.

Despite Karen’s Kitchen divulging the beliefs of a supposed “real” America, Scout could only handle the cheers congratulating “insurrection veterans” for so long before returning to the road.

Passing through the grand metropolises of Kansas City and Columbia, Scout anticipates his next diner enterprise as the premier possibility to observe the unfeigned America — detached from the hyperpartisan humdrum that radiates elsewhere.

Following five flat hours of driving, Scout reaches his next destination of New Florence, Missouri. A population of less than 800, Scout is relieved to see Rosie’s Place off Main Street. Sadly, Scout couldn’t secure an interview with the Rosie in question, yet the community patrons were an adequate compromise.

With South Dakota’s weed stoppage filling Scout’s mind, Scout once again sought to question local cannabis policy — being this far from his C-U home, it’s only natural for Scout to seek friendlier, hemp-inclined faces to welcome him.

Ordering Belgian waffles and a side of biscuits and gravy — mind you for a reasonable price — Scout strikes a conversation with Marlan Medici— the heir apparent to the New Florence village legacy — as well as Maria Medici, Marlan’s wife.

Self-asserted “guests” at the Capitol insurrection, Marlan and Maria compel President Biden to heed his own calls for unity by pardoning the Trump family and associates — a move Scout himself trusts as appropriately bipartisan.

Nevertheless, the weed question was further raised to Marlan and Maria, and Scout asked which strain did the couple prefer: sativa or indica?

“In this New Florence diner, ‘Satvia’ is the middle Baltic nation which gained independence from the Soviet Union in August 1991 and specializes in exporting wood, not some hemp strain,” retorted the couple.

For this reputable reporter, the answer is clear: The American spirit, at least within New Florence boundaries, is not bought on pot.

Scout drifted from Rosie’s Place again into his splintered Subaru for continued escapades toward Atlanta. Heading south on I-75, Scout still craved a diner to definitively locate the real America. With the Allatoona Creek reflecting its blue hue on Scout’s Subaru, Scout refocused his efforts to this leg’s final diner.

Reaching Georgia, instantly there’s an explanation as to why the Smoky Mountains garner the smoky characterization. Besides notability for its hospitality and tragically casual reluctance to social progress, Scout can also report that Georgia’s minor attachment to marijuana is underrepresented in conventional media.

Nonetheless, Scout shortly pulls into The Golden Biscuit in Pumpkin, Gerogia — his concluding diner stop. There, Scout unexpectedly finds dozens of news vans ranging from the captivating CNN and ABC News to the omnipotent “The New York Times” and “The Washington Post.”

Perplexed as to why this small town features countless reporters, Scout’s entry into the diner is marked by dodging several cameramen and concentrated reporters. Seeing a lone reporter enjoying a doughnut across the room, Scout queries the journalist as to why The Golden Biscuit is the golden moment:

“Don’t you love it? The ‘real’ America being some small-town diner located in who knows where America? Our readers just eat this up,” remarked one anonymous NYT reporter.

Glancing at two working-class locals appreciating apple pie, the journalist added, “Aren’t they the cutest things? Undoubtedly their opinion matters more than any other professional in a national context. These are the coveted ‘swing voters,’ you know.”

Scout agrees with this obviously enlightened journalist, yet for some reason, these patrons still lack a certain “je ne sais quoi” to title them the authentic America. May luck lie with the Capitol ahead?

Following a demanding diner drive, Scout’s final approach into Atlanta revolves around juxtaposing the luscious cornfields back home with the impressive hills before him. The hunt for the real America endures; the search continues.