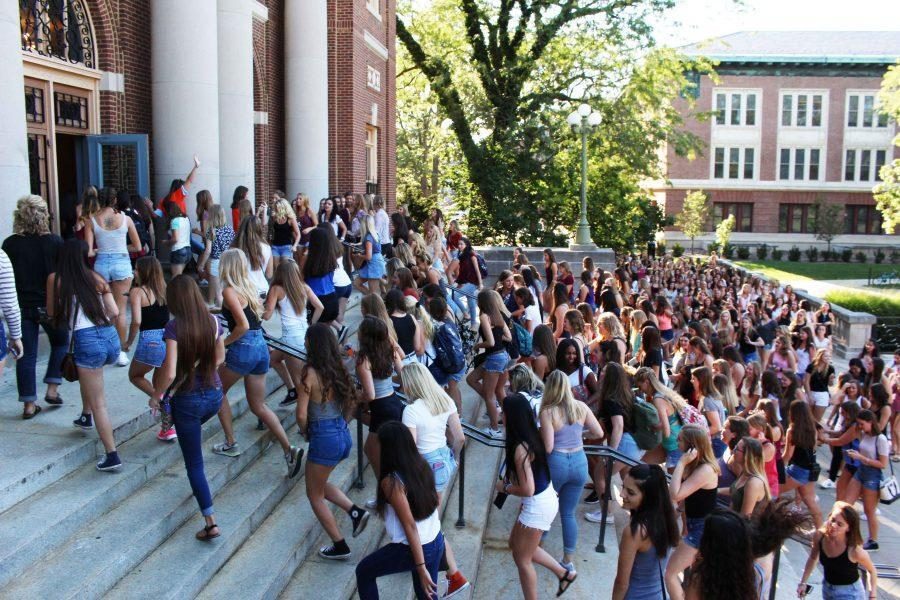 Growing up with two older sisters in Greek life, it never occurred to me that joining a sorority, where you wear matching shirts and sing songs looking like the cast of Disney during rush, was in fact not the norm in every country at various universities.

One of the number one tips I’m sure you’ll hear from people when coming to the University is to join various activities to meet new people and make coming to campus feel more like home, which is essential to any new student, but especially if you are coming from another country.

And one activity you can consider joining is going Greek. Firstly, you should understand what that means.

There are also service fraternities, which are based on philanthropic services. These are typically co-ed.

Then there are professional fraternities, which focus on a certain major or career path such as business or law. These are also co-ed.

There are then honors fraternities, which are Greek letter honors societies. These are typically ones you have to be invited to after achieving various honors such as receiving a certain GPA. These organizations are also co-ed.

You can also be involved in more than one of the different types of fraternities or sororities, but only one in each category.

As an international student, there are a variety of different types of Greek life offered on campus. Greek life is a great way to get involved on campus, whether that be joining a social fraternity or sorority to discover more of the social aspects of the University or a cultural one to feel closer to home, there is a house for everyone if you want to get involved.

Kelly is a sophomore in Education.