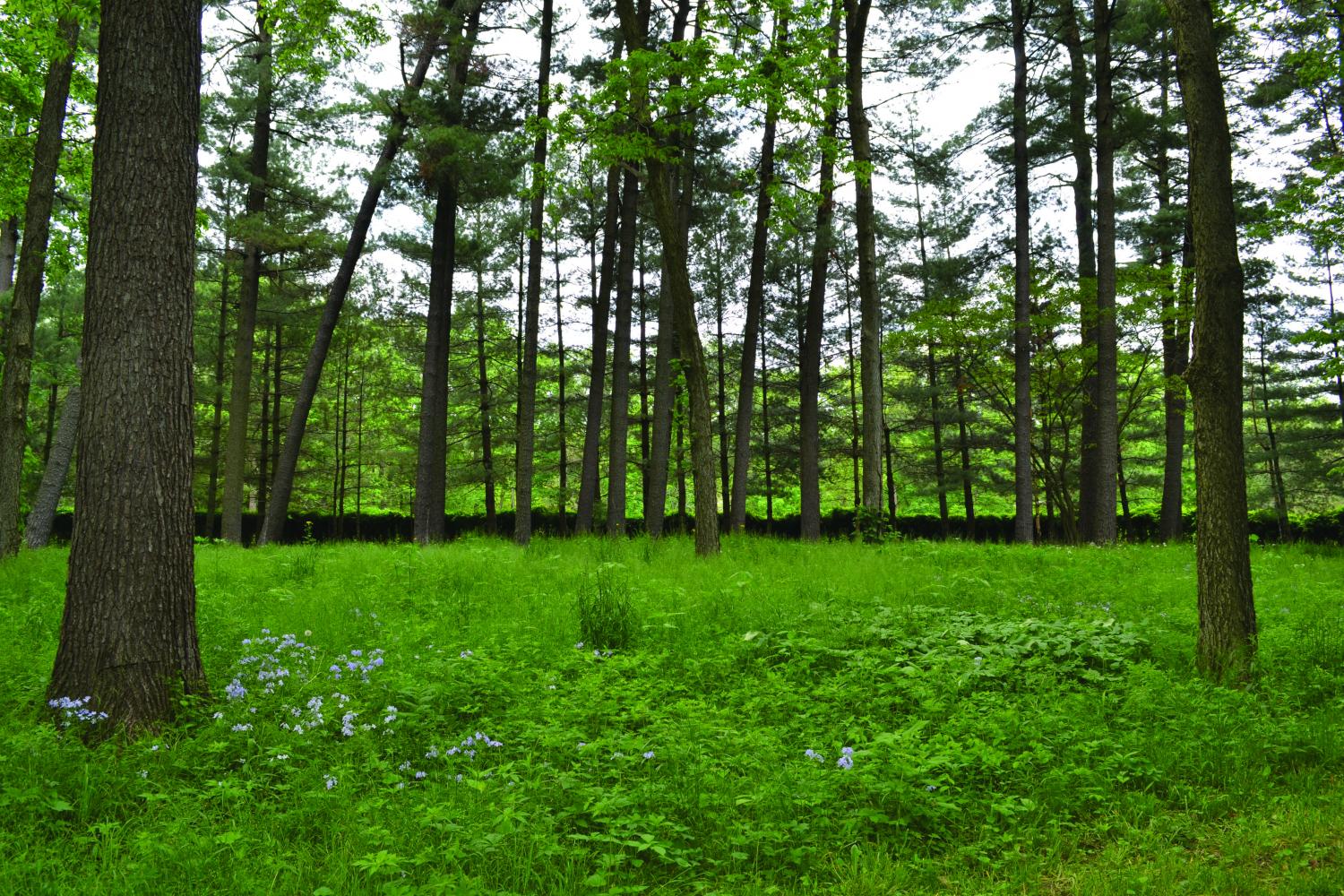 The woods at the University-owned Allerton Park are about 20 minutes off campus. Assistant Opinions editor Jamie says this is a great location for a quick trip before graduation.

Upon initial visitation to the University, campus might not present itself as a runner’s paradise. But, good news, it really can be the perfect place to run.

Plentiful sidewalks and crosswalks make it easy to jog around without having to worry too much about cars, and a centralized campus means it isn’t too difficult to orient yourself or figure out a solid 12-mile path for your weekly long run.

Whether you’re looking to run one mile or 20, anything’s possible. And the serious marathoners can even look forward to the Illinois Marathon that takes place every April.

Here are some of the best places to run to, or through, that can successfully complement your runner’s high.

The Arboretum is a paradise on campus few of us take advantage of, probably because it is located south of campus behind PAR and FAR. Full bloom with flowers and impressive shrubbery, jogging around the small pond and watching the koi fish on a sunny day is unbeatable. The path is slightly hilly, which is a nice change of pace from the general flatness of campus.

The arboretum may not seem like it’s an easy place to get to, but it makes for a nice destination or midway spot if you’re coming from Champaign, or hoping to continue your run in Urbana.

Downtown Champaign has much more charm when you’re on foot and not trying to navigate the one way streets in a car. It’s suddenly easier to appreciate the architecture of the Midwestern buildings, and it’s a good way to explore all the shops and restaurants the town has to offer. Downtown from the Main Quad is only about one and a half miles, so there and back can serve as a decent three-mile run. It’s also not a bad destination, as there are coffee shops galore to grab a well-deserved treat — you can always bus it back.

Downtown Urbana is about one mile from the Main Quad, and also serves as an enjoyable change of scenery that’s better explored with your running shoes. Though Champaign and Urbana are so close in proximity, the small towns have completely different vibes. Be sure to check out the Dancing Dog if you’re into vegan cuisine or really decent juice.

There’s a definite charm of running through the neighborhoods bordering the eastern side of campus. The houses are cute, the neighbors are friendly, the plentiful gardens are captivating and the sidewalks themselves, shady. While generally safe, it’s not uncommon for there to be very little foot traffic, so as always, it’s important to stay aware of your surroundings.

The Mount Hope Cemetery is on the southern side of campus, in close proximity to the Arboretum. Though the cemetery doesn’t have extensive paths, there’s enough twists and turns to add at least a mile and a half to your journey. While some might consider running through the cemetery creepy, there’s a definite sense of calmness and intrigue that draws runners from across campus.

If you or a friend have a car, Allerton Park is the place to be. Allerton Park consists of 1,517 acres of land owned by the University and used for both research and recreation. While the paths beautifully highlight the prairie, the forests and the Sangamon River, they’re also home to some of the wildest and unexpected sculptures one could imagine in a place like this. Dotted throughout the landscape, these 20th-century art pieces are accompanied by beautiful gardens and hedges. Allerton Park also occasionally hosts 5Ks, 10Ks and half marathons.

The quads (all of them)

If you think of the University as having one quad, think again. There’s the Main Quad, the South Quad and the Bardeen Quadrangle (the Engineering Quad), but there are also spots on the northern side of campus that are quite appealing places to visit. The Beckman Center and the Thomas M. Siebel Center for Computer Science have their own grassy courtyards lined with modern sculptures that provide just enough interest for a passerby on a run.

Because campus is so centralized, it’s especially easy to create the perfect running route. And if you want to go as simple as it gets, running the perimeter of campus is an easy way to keep track of distance. Starting near Alma Mater, on Green street, you can run straight East before turning right on Lincoln Avenue. After running about a mile, you can turn right again on West Kirby Avenue, so you’re now headed west. Kirby Avenue is close to the cemetery and the Arboretum so you can hit those spots, too. After about half a mile, take another right on First Street to continue your square path around campus. Finally, you’re back on Green Street after another mile, meaning you’re close to where you started at Alma. In total, this perimeter run will near about three and a half miles.

Again, depending on the length of your run, you might just be able to hit all of these gorgeous spots at once. Happy running!

Samantha is a senior in Media.
[email protected]