A look back on campus construction 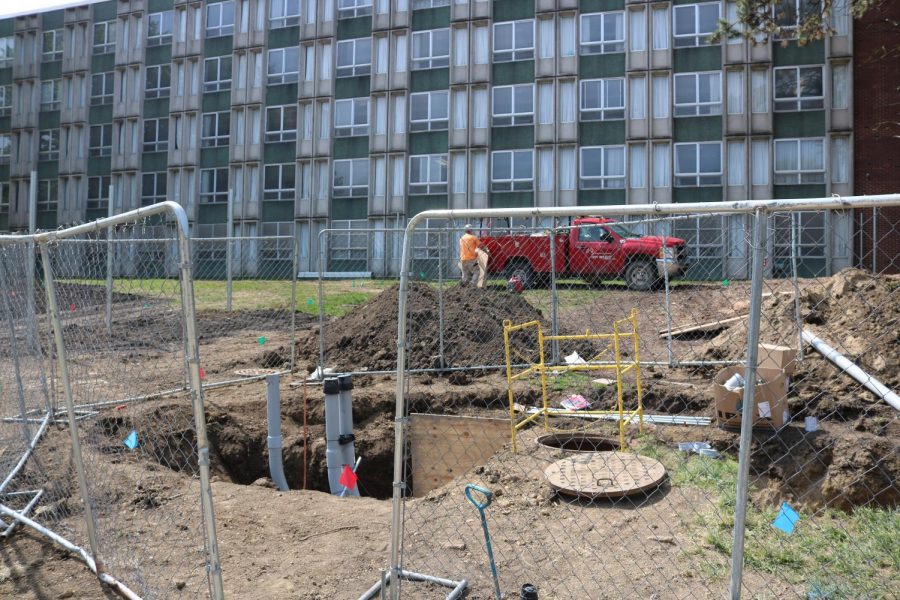 The Illinois Street Residence hall will be under construction until August 2020.

Each semester, the University and the surrounding area undergo construction to improve old buildings and roads and to build new facilities. This semester was no exception.

At the end of the spring semester of the 2017-2018 school year, Illinois Street Residence Hall closed its dining services facility in order to remodel it. Construction began in May 2018 and is ongoing.

The restaurants will have a better ambiance and feel in order to create a better experience with University dining, she added.

A new football center is being constructed at the corner of Fourth Street and Peabody Drive. The Henry Dale and Betty Smith Football Center will become a two-story hub for the football team. Brothers Chris and Dale Smith donated $20 million to the University of Illinois foundation with $15 million of that sum dedicated to the new football center, that is named after their parents.

The total cost of the facility will be $79.2 million, according to the Join the IFund website. The money will come from the donation and private gifts to the Division of Intercollegiate Athletics.

The facility will feature locker rooms, a sports medicine facility, weight rooms and a players’ lounge, according to Brett Stillwell, senior associate director of athletics, capital projects and facilities at University of Illinois Athletics.

Stillwell said this semester, the construction team erected the building’s foundation. The team also finished enclosing the building, allowing construction crews to begin heating up the interior and continue building from the inside during the winter months.

The Multimodal Corridor Enhancement Project, a team up between the cities of Champaign and Urbana, MTD and the University, worked on two projects during the fall semester that focused on revamping streets in Champaign.

At the start of the fall semester, final touches were made to the MCORE Project 2, which expanded parts of Green Street to include bike and bus lanes, Kris Koester, administrative services manager for Champaign Public Works, said.

Campus construction will continue next semester, with several projects set to start in the spring.

“We’re actually bringing them up to the expectations of our residents in terms of paint and flooring, amenities and so forth,” she said.

Stillwell said upcoming projects for the University of Illinois Athletics department includes two new soccer fields, renovating the current track and field and building a stadium between the track and soccer fields that will be called Dimmersion Park. This facility will control daily operations for track and soccer, as well as game days.

“In the spring they will decide where to start,” Koester said. “It doesn’t look like a large project, but it’s a large project and so it’s going to take two full years.”