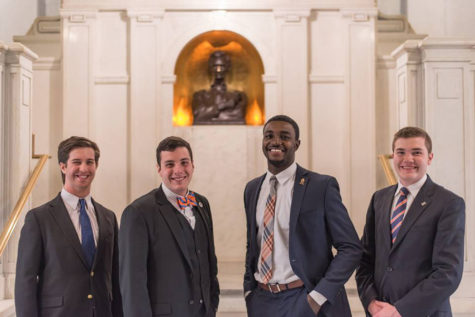 By Claire TextorStaff WriterThough campaign funding is usually a bigger issue in national elections, it can come into play in campus elections too.Campaign spending was a hot button topic in this year’s student senate elections because of suspicious outside partisan funding.Turning Point USA is a pa...

In the 2014 federal elections, 44.8 percent of 18-to 24-year-olds voted in the Midwest, according to the U.S. Census Bureau.SSRealizing the 18 to 24 year-old demographic is the lowest demographic to vote, Spencer Haydary, junior in LAS,JT led an Illinois Student Senate resolution that demonstrates support fo...

Why Jaylin McClinton is endorsing Spencer Haydary for Student Trustee

As election season is in full swing and candidates are attempting to succeed me on the University of Illinois Board of Trustees, I am watching all of them very closely and critically. In the past few weeks, I have had the opportunity to chat with each of the candidates running for student trustee. T...