“Peace, Respect, and Community” will be the focus this week on campus with Illinois Safety Week running from Feb. 22 to Feb. 26. Hosted by Student Affairs, the week consists of multiple events and workshops focused on creating a more welcoming campus, as well as addressing the issues of drugs, al...

A Champaign man by the name of Albert L. Redmon, 54, was arrested on Wednesday at 7:30 P.M at a hotel in the 1900 block of Moreland Boulevard for allegedly running a prostitution operation in the Champaign area. Investigators disguised themselves as solicitors of Redmon’s operation and arrested him afte... 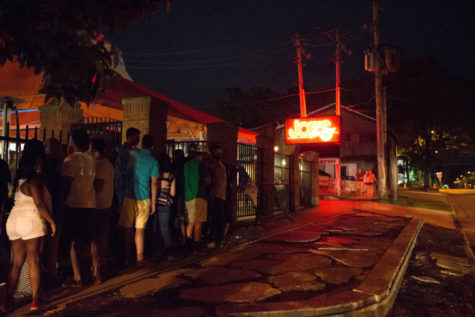 Illinois basketball player Darius Paul was arrested after a short foot chase early Tuesday. Paul, a transfer forward from Western Michigan, is being charged with resisting a police officer and underage consumption of alcohol, University Police Department Capt. Roy Acree said. Paul is due in court on ...

A new firearms training center is set to open near Deland, Ill. tentatively in late December on University Police Department Sgt. William Smoot’s rural property. “The initial reason was to help provide a location for concealed carry permit training for the membership of the Faculty/Staff Firearms S...