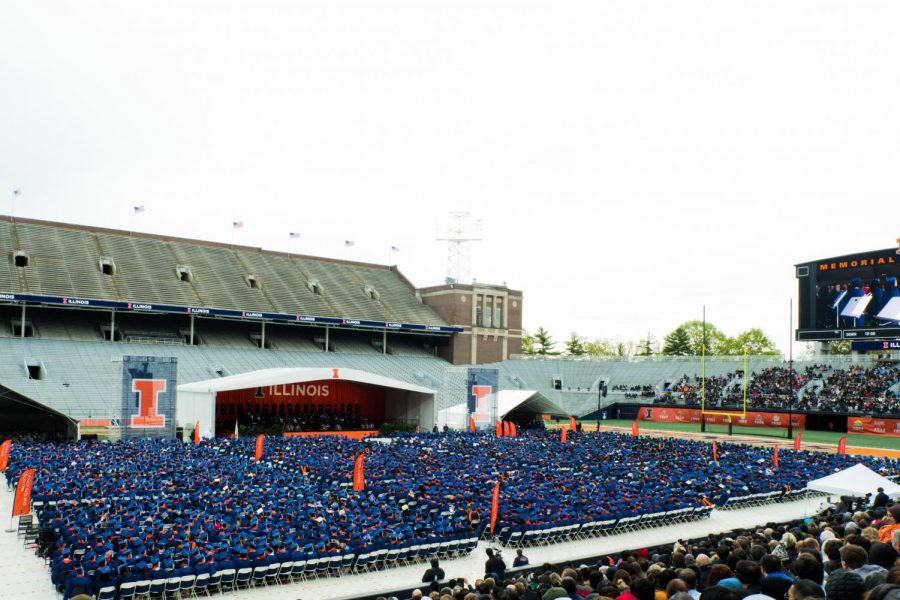 On Wednesday, a petition began to circulate on social media urging the University to reschedule the Class of 2020 commencement ceremony.

The petition reached 10,004 signatures in its first two days.

Daniele Klebern, the creator of the campaign, graduated from the college of Applied Health Sciences in December 2019, but was planning on walking in the spring ceremony with her friends since AHS does not have a fall ceremony.

Klebern included a message below the petition, detailing the petition’s goals of maintaining a regular commencement, as opposed to a virtual celebration or full cancellation.

The post describes the losses the spring Class of 2020 endured such as the cancellation of sporting events, the loss of job opportunities and overall sudden lack of “normalcy and security”.

Below the post is a section for “reasons for signing”, where many students used the platform for voicing their support for the petition.

Following the obtained 10,000 signatures, the creator of the petition also added an update on its effects, explaining that the Office of the Chancellor had responded to the efforts of the petition.

Since then, the University has confirmed that they are currently exploring other options as for the postponement of the graduation ceremony. The confirmation was posted on social media platforms, and continues to gain support from graduating students.

In the wake of all of the changes the University has seen due to coronavirus, other movements have emerged as well.

One petition, No Fail UIUC, began circulating across social media platforms after the surfacing of the No Fail Yale movement. The petition aims to gain student support in responding to the COVID-19 threat by switching to a universal pass grading system.

Students from other universities throughout the country have formed the National Intercollegiate COVID-19 Coalition, supporting the universal pass/fail system.

Another campaign was created by a group of students in the form of a letter sent directly to University administration. The author, Cristal Caballero, wrote the letter with the goal of consideration by the University of the hardships to be faced by low-income and first generation students with the continuation of online classes.

Caballero cited the inability for some students to access quality internet, as well as limited library access due to public library closings.