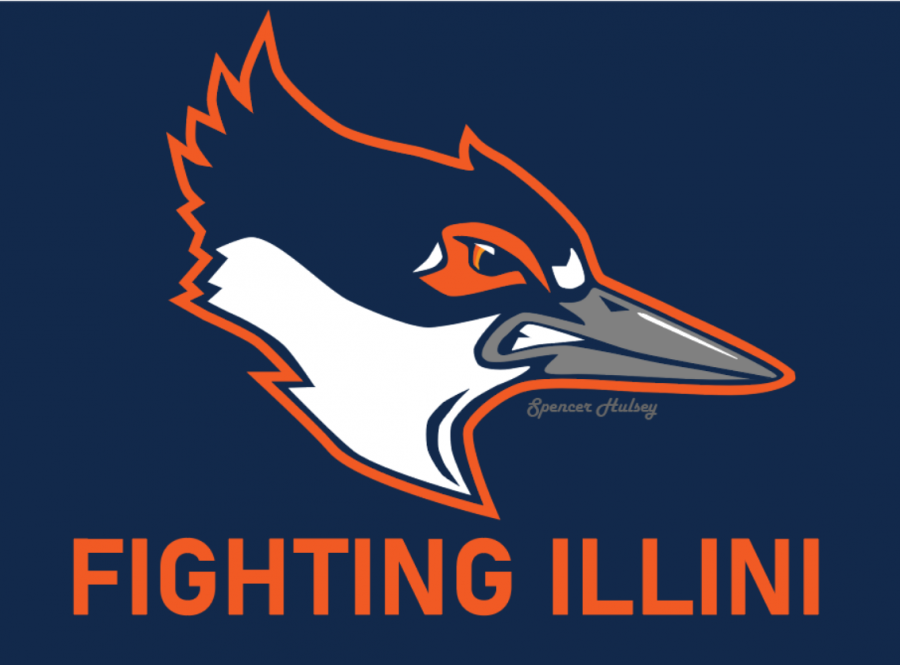 Spencer Hulsey updated the design for her belted kingfisher mascot idea. Hulsey, 2020 University graduate, saw her mascot design win a nonbinding student body referendum on March 9, then it won the endorsement of University Senate on Monday.

The belted kingfisher mascot proposal passed the student body by a vote of 4,222 to 3,597 on March 9.

This is the most student support the campus has seen for a new mascot since early 2007, when Chief Illiniwek retired.

This vote is nonbinding, and students will have to wait to find out if the University administration will move to adopt the kingfisher. While the vote wasn’t final, the possibility of the kingfisher mascot has stirred up a lively debate, extending beyond the current student body.

Jacob Rajlich, senior in Engineering and former Illini Pride board member, recently got involved in a discussion on Twitter with a few alumni who were against the concept of a kingfisher as mascot.

“They said it would be the start of things like losing the Fighting Illini name. They said the University of Illinois doesn’t need a mascot,” Rajlich said. “They saw it as some downfall of Illinois athletics. I was of the contrary opinion that the University should have a mascot.”

While this is just one incident, some alumni have shown dissatisfaction on social media about the kingfisher idea because they didn’t know about it before the student vote.

“I feel a mascot could be really successful here at Illinois, if all this feedback is taken in and used to generate something more agreeable,” Rajlich said. “It could have been really successful had there been more publicity from an early stage.”

Students have been somewhat divided on the issue, but as the votes show, many were excited to see that a new mascot could make its way into campus life.

One of these students is Spencer Hulsey, senior in LAS and the creator and designer of the belted kingfisher mascot. Hulsey has been working to get the kingfisher on the student ballot since September and is excited to get the chance to present the idea to the administration.

She acknowledged many criticisms from alumni about her kingfisher mascot and the student vote.

A student vote through the Illinois Student Government was the first step. Now that the idea has passed a student election, Hulsey hopes the administration will see the kingfisher as a serious option or realize that students are ready for another mascot.

“Pass or fail, another student will come along after me with another idea,” Hulsey said.

This idea was echoed by Rajlich. He said this student vote is a great first step in showing the University and the community that students are ready to see another mascot at the school. He hopes this will encourage the University to get more involved in the process of electing a new mascot if the kingfisher isn’t passed.

“The University is going to eventually have to make a decision one way or another, and it’s going to be easier when they’re involved in that process from the get-go than if they’re playing catch-up as soon as students decide to approve something,” Rajlich said.

It isn’t certain what the future holds for the kingfisher. A spokesperson for Chancellor Robert Jones told The News-Gazette that the school does not plan on choosing a mascot at this time. Hulsey said the student vote shows the administration that students want to move forward.

“As long as we don’t have a mascot, we will continue to fight about the mascot,” Hulsey said. “Alumni got to have their symbol and it got taken away. It’s just fair for future generations to have something for themselves.”