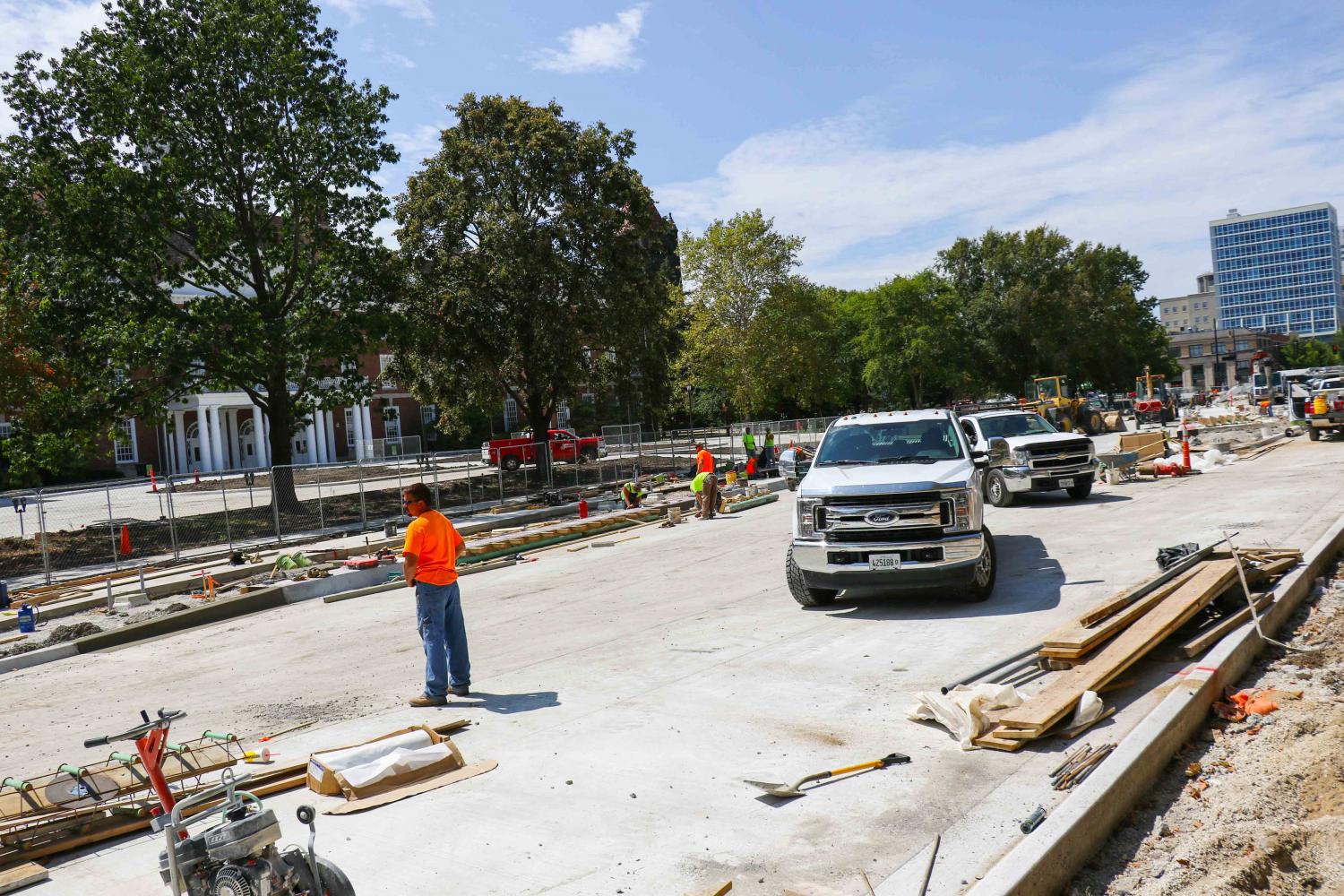 As a majority of students left campus for the summer, many construction projects took place all over campus—most, but not all, had the intention of being completed before students returned.

One of the most notable is the Multimodal Corridor Enhancement, or MCORE project, that began in March. The MCORE, which will be completed in five stages or projects, is aiming to ease the flow of traffic in several areas of Champaign and Urbana.

Project 1 took place along Green Street, from Wright Street to Busey Avenue, in front of the Illini Union. A transit boarding island is being built, along with protected bicycle lanes and new landscaping on the north side of the Union.

“Corporations were being made to take the equipment and stop the work on site for what was requested by IDOT, or the Illinois Department of Transportation,” he said.

Project 1 is expected to be mostly complete by Sept. 1. There will still be associated closures as different phases of the MCORE projects begin. In the fall semester, Green Street from Matthews to Goodwin Avenue will be closed.

All projects are predicted to be completed by December 2019.

Breitwieser said the MCORE projects aim to keep the public updated on their construction progress, and recently released drone video footage on their Twitter account.

“The important thing to keep in mind is that it’s on schedule,” he said.

Breitwieser also said that a big improvement on Project 2 happened on Aug. 18, with the reopening of First Street to Green Street for two-way traffic. Before that date, construction constricted the flow of traffic on that street to be strictly southbound.

“It’s exciting to see … the project continue to move along. It’s very encouraging,” he said. “Going back to the start of the construction, we appreciate everyone’s patience and hope they’re equally excited about the improvements being brought forth.”

Breitwieser said he asks people to continue to look and familiarize themselves with where the continued closures will be. There will be signage to help people navigate the closures, sidewalks and crosswalks.

Since there are still closures on Green Street, it’s important to check the MTD bus site for the most up to date route information. There are still route adjustments in place due to construction closures.

In addition to MCORE, there were plenty of other construction projects and improvements made over the course of the summer: