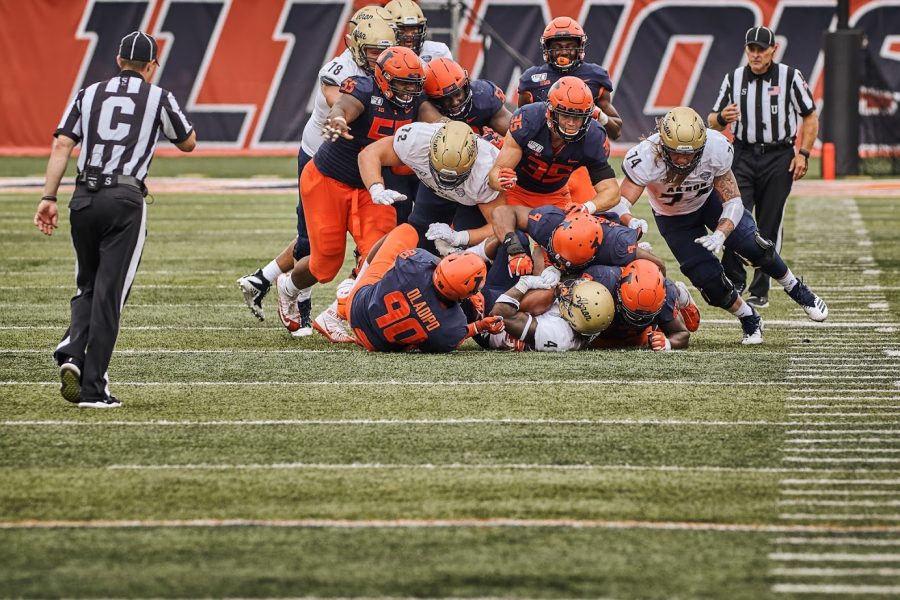 The announcement follows previous claims made by Inman-Grabow, who claims she was romantically involved with Oladipo, on October 30 when she posted a series of tweets accusing Oladipo of infidelity and domestic violence. Inman-Grabow also claimed she traveled with the Illinois football team. 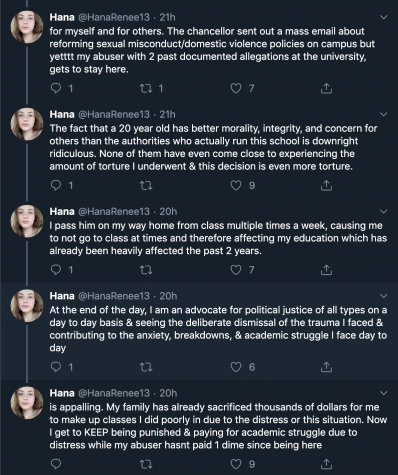 In a previous statement, Illinois Athletics addressed the allegations against Oladipo.

“We are aware of accusations involving football student-athlete Lere Oladipo,” said Illinois Athletics. “Lere has been and remains suspended from all team activities, pending final resolution of his case within the university’s student discipline process. The University of Illinois Division of Intercollegiate Athletics takes allegations such as these very seriously. DIA has comprehensive policies and procedures that provide for immediate suspension and independent review of potential major offenses. By design, no member of DIA’s staff has a role in any investigation or review of such matters. The University has an investigatory and disciplinary process for all students and, per its policy, DIA will use the University’s findings of fact to make a final determination regarding Lere’s status as a student-athlete. DIA is committed to creating an environment based on family, respect, and civility and is working diligently to be a leader on this campus and across college athletics in this important area.”

“We have a process,” said head Illinois football coach Lovie Smith in a press conference on Nov. 4. “Guys do things they’re not supposed to do. As a student at the University of Illinois, there’s a process we go through. Lere is going through that process. He hasn’t been apart of our football team in a while, he’s been suspended from it. There’s not a whole lot more for me to say. I haven’t had any communication with him. Our focus right now, of course, is on the guys that are here showing up every day with us.”

Oladipo was suspended for four games in 2018 following an arrest by University police last October in which charges were later dropped. Oladipo had three misdemeanors related to domestic violence following an argument with a woman, which were dropped by Assistant Champaign County State’s Attorney Brooke Hinman following the woman and a witness changing their stories at the time of testimony.