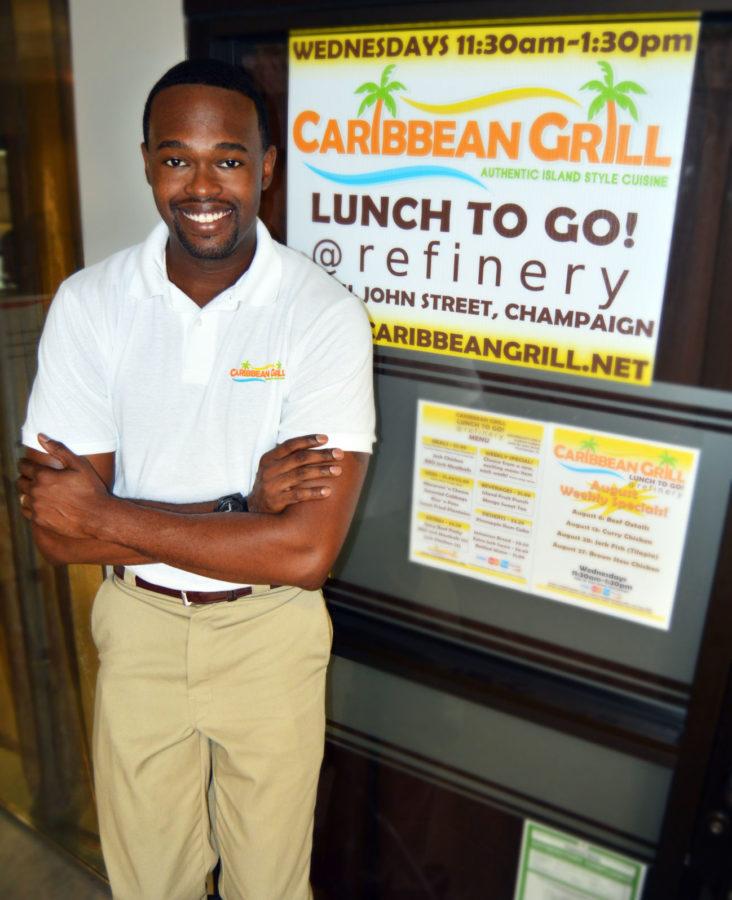 Mike Harden, 2005 University MBA alumnus, started his catering and lunch carryout food service Caribbean Grill in 2010. The business is expanding from its food truck and catering services to a permanent location, 2135 S Neil St., Champaign on Tuesday, May 30.

While students and locals alike may flock to popular restaurants like Black Dog and Papa Del’s, Champaign-Urbana offers many wonderful dining options off the beaten path for the adventurous eater.

Tucked away deep in residential Urbana, far from the eyes of casual campus eaters, Huaraches Moroleon embodies the hidden in hidden gems.  Right on the intersection of Philo and Washington streets, Huaraches is as unassuming as it is delicious.

There’s not a bad choice on its menu, but its namesake dish is a must try along with its ridiculously good margaritas.  And, as an added bonus, most of its dishes hover around the $7-9 range, more than reasonable for the best Mexican food in town (sorry Maize).

The story of Caribbean Grill is a story of hidden potential.  Chef and owner Mike Harden didn’t come from a traditional foodservice background.

Harden graduated from the University with a B.A. in business, followed by an MBA; however, after realizing his love of cooking and entertaining, Mike opened Caribbean Grill in 2010.

After five years of doing catering and weekly meals out of the Refinery (talk about hidden), Caribbean Grill’s food truck burst on the scene with an incredible showing at the 2015 Taste of Champaign, and has seen steady growth since. It’s still not a household name but, with their food, we doubt it will be hidden much longer.

The menu includes Jamaican jerk chicken, jerk meatballs and beef patties, along with sides such as rice and beans and fried plantains.

If you want the best sushi in C-U, look no further than Sushi Kame. A little out of the way of the main stretch of major restaurants in downtown Champaign, Sushi Kame has been a secret well-kept by locals for years.

Sushi Kame offers all of your basic sushi restaurant dishes, but the quality and value outpaces some of the flashier sushi joints in town.  On top of that, the chef’s specials are always inventive and the service is excellent.

A rare bird to see on campus, Fusilli Tony’s is known for its unfussy Italian-American fare including Italian beefs, pasta and its specialty: the “Sloppy Giuseppe.” You have to be vigilant to snag yourself any of Fusilli Tony’s food — the truck does most of its business at events like the Food Truck Rally and the Champaign Farmer’s Market, with the occasional stop in downtown Champaign or by Carle. So, keep your eyes on their Twitter and Facebook pages for a chance to steal a bite.

Sam is a junior in ACES.
[email protected]